Video tweeted by a newspaper reporter in Lawrence, Kansas, appears to show a car driving through a barricade erected during protests Monday. 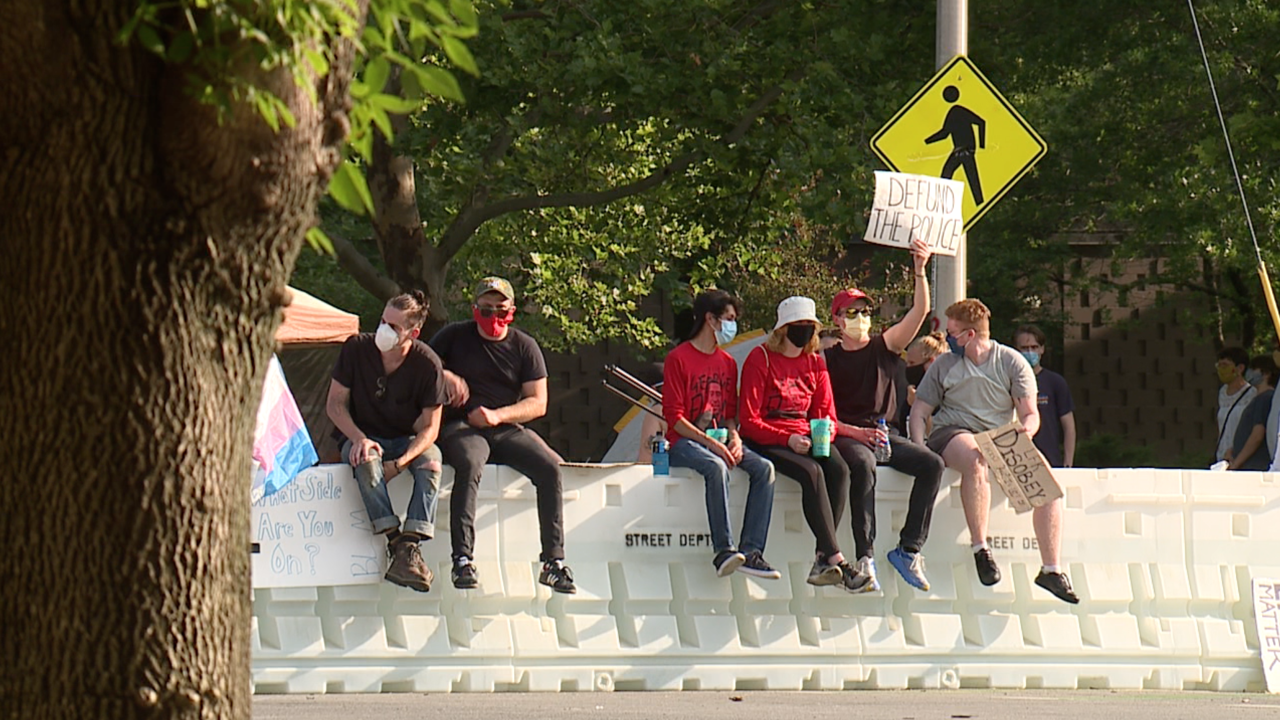 LAWRENCE, Kan. — Unlike the protests at Kansas City, Missouri’s Country Club Plaza earlier this month, demonstrators in Downtown Lawrence aren't marching up the streets. Instead, they're settling in to camp out another night in a park next to police headquarters.

Yolanda Franklin, a newcomer to the recent wave of protests, is feeding the masses.

Crowds began to gather Saturday, hours after a photo of George Floyd with a noose was reportedly found in South Park protesters are now occupying.

"It’s my responsibility to be out here,” Mazzy Martinez, one of the protesters, told 41 Action News. "White people have the privilege of staying home. It wasn't an option for me. I didn't decide. I had to come here. I came out here to support my community."

But some in Lawrence aren't happy with what's happening on Massachusetts Street next to police headquarters.

On two separate occasions Monday, drivers plowed through the protesters’ makeshift barriers. No one was hurt.

"Lawrence values this little block that doesn't interrupt businesses more than they value black and brown lives," a protester organizer who wished to be named "Helena X" said.

Following the incidents involving the drivers, Lawrence police officers moved in to try to clear the streets, resulting in a handful of arrests.

But eventually police had a change of heart, letting protesters stay and even setting up more secure barriers.

Though some might think it is similar to the scenes out of Seattle, demonstrators said that's comparing apples to oranges.

"A direct comparison probably isn't fair,” Mariel Ferreiro, a community organizer said, “but I do see solidarity and those efforts to find alternative ways to keep our community safe. We are seeing these intersections of protesters coming together and just saying, ‘This is enough. You know, our black community's voice needs to be heard.’"

A bail fund that continues to raise money has helped release at least three of the people arrested Monday.

"We accomplished a lot today,” Franklin said. “It may seem chaotic at the beginning. It is chaotic in the middle. But at the end, [the] result was we accomplished a lot. They listened. They finally listened in saying that you can't fight force with force.”

Police still are looking for the two drivers who tried to run over the protestors.