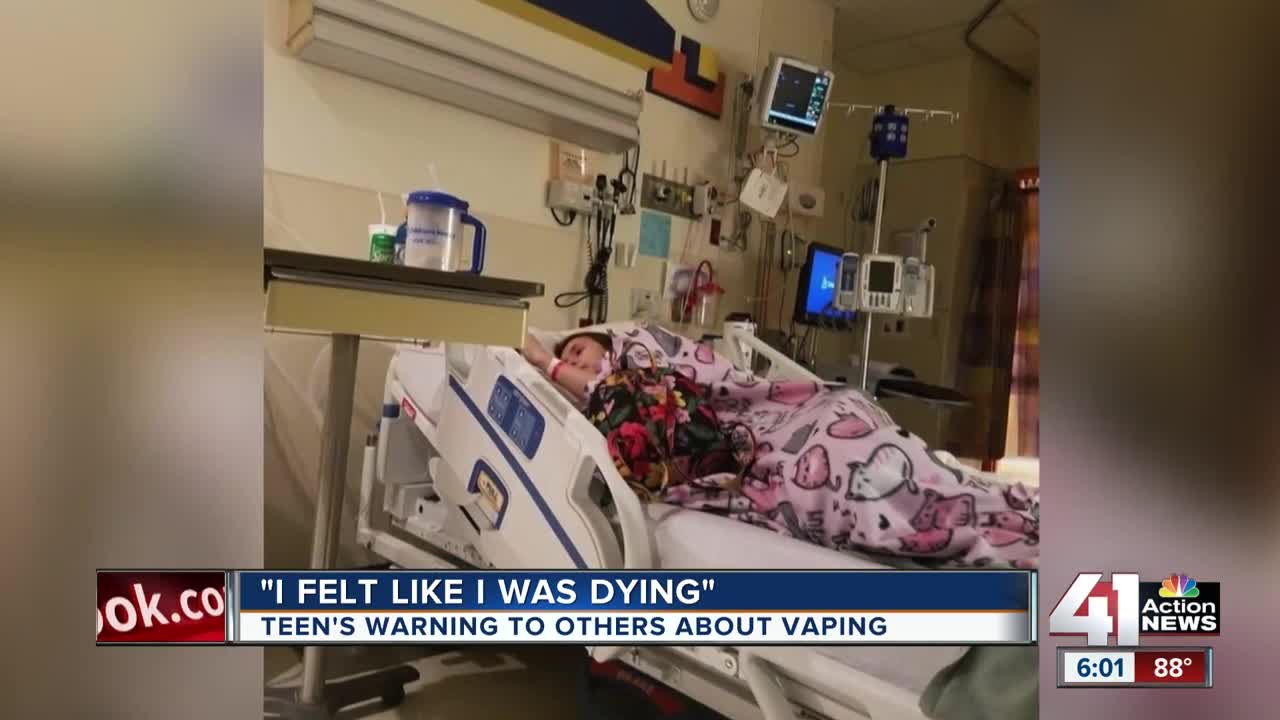 A Kansas teen said vaping almost killed her, and is warning others of the consequences. 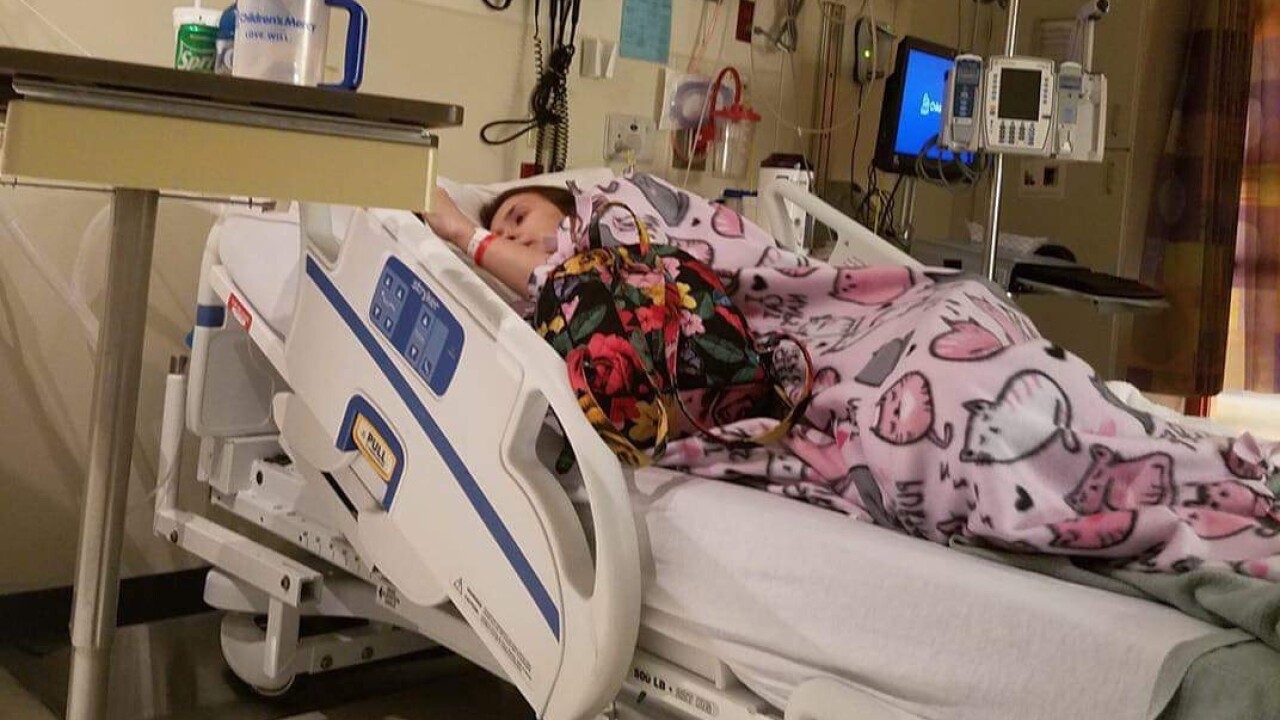 LEAVENWORTH, Kan. — After six deaths, the Trump Administration announced Wednesday it plans to ban the sale of non-tobacco-flavored electronic cigarettes.

A report by the National Institute on Drug Abuse looked at the vaping increases with 8th, 10th and 12th grade students last year. They said the number of teens who vape has doubled from the year before.

Deloia has asthma and thought she was having an asthma attack, but that wasn't the case. On Saturday, she was transported to Children's Mercy Hospital in Kansas City, Missouri, after she couldn't breathe and her inhaler made things worse.

"It's one of the scariest feelings, I felt like I was dying, I really did," Deloia said.

She never thought she'd be in a hospital bed at the age of 17, but Saturday, she was diagnosed with chronic lung disease.

At the age of 15, Deloia started smoking. In an attempt to quit, she began vaping.

Deloia said she was vaping one pod every 2 to 3 weeks, then she'd have someone of age get her a new one.

"A whole pod would probably be comparison to maybe 4 packs of cigarettes," she said.

In the hospital, Deloia had several tests done. Doctors told her that her lungs looked nothing like a healthy 17 year-old's should.

"They said that my lungs looked decades older than they should of been, compared to, like, you know, a woman in her probably 40s with COPD, that's what they pretty much told me," Deloia said.

When Deloia went home from the hospital on Sunday, she said she threw away her e-cigarettes and shared her story on social media, hoping others would do the same. Her goal was to help teenagers like her and prevent them from ending up in the hospital.

"I've already got a few people to stop smoking their Juul's and stuff like that and you know, I'm glad I'm making a difference in some people," she said.