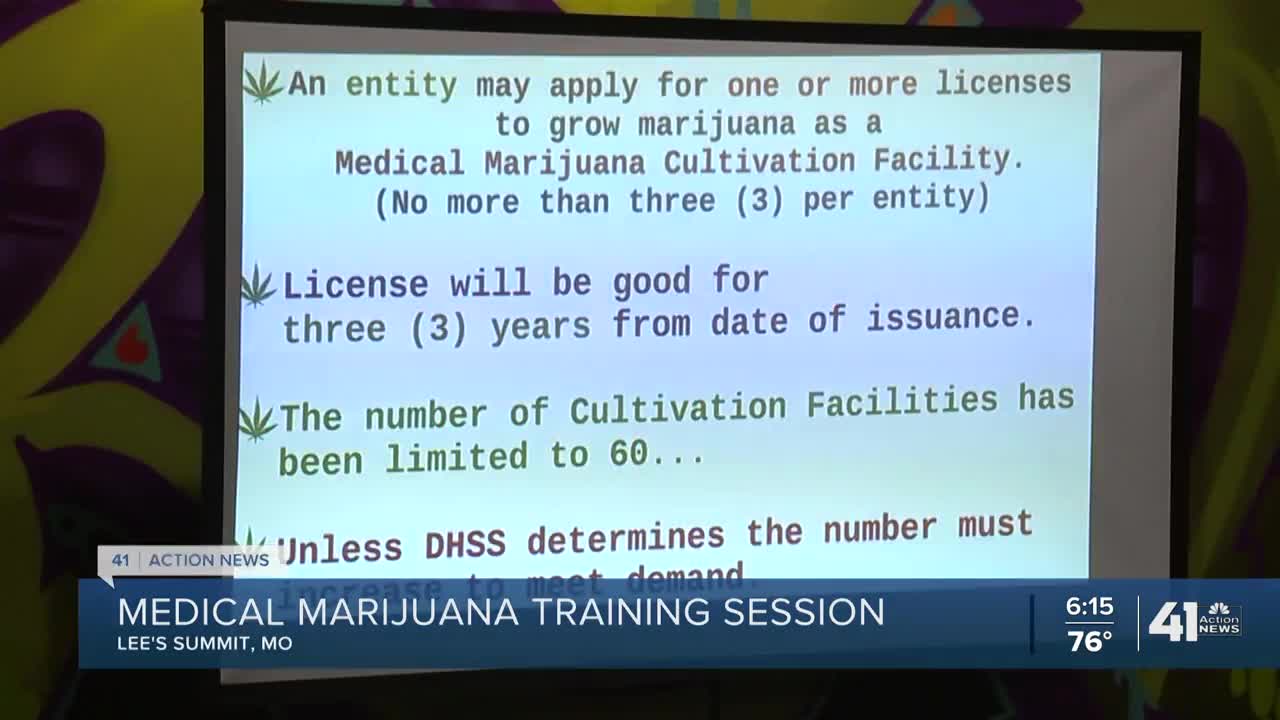 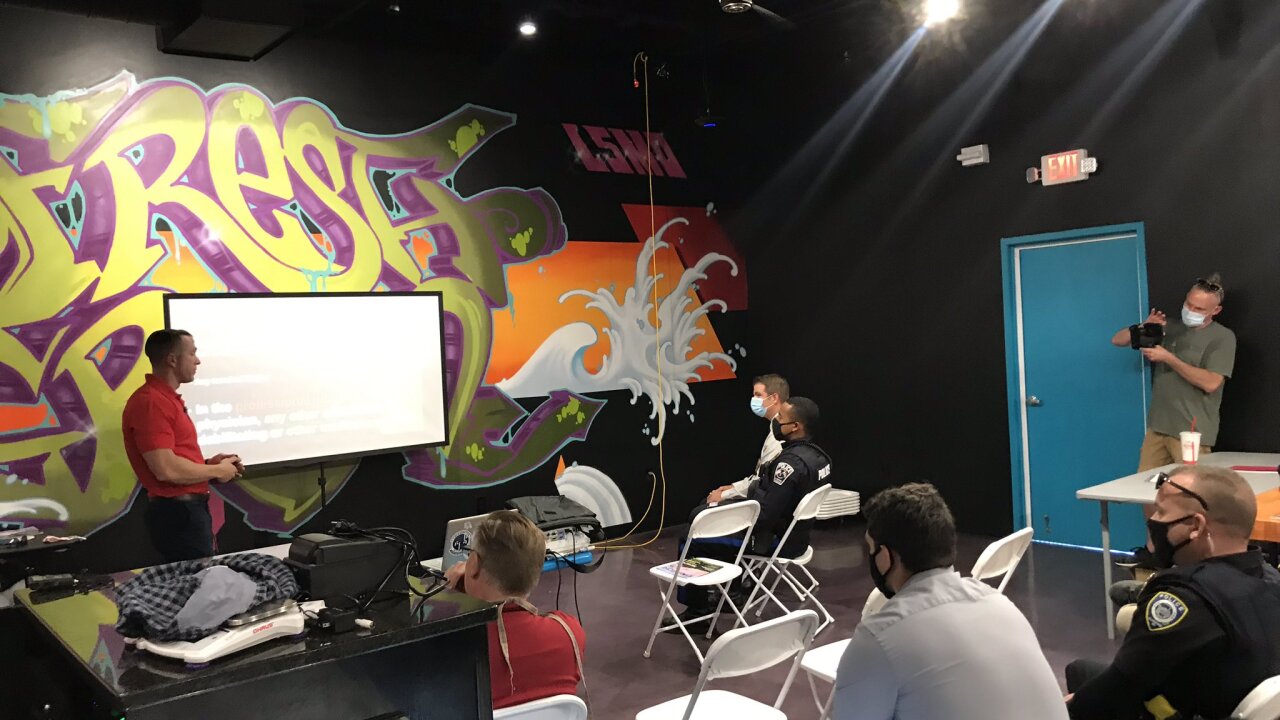 LEE'S SUMMIT, Mo. — While Missouri residents may still have a lot of questions about medical marijuana, so do police officers.

A training session hosted by a Kansas City metro dispensary aimed to help officers better understand how to react when they deal with medical marijuana.

Attorneys, police and weed all merged at the training, which dissected parts of Article XIV of Amendment 2, which legalized medical marijuana in Missouri.

"We always know a couple things, right: it’s illegal, what it looks like, what it smells like. When one of those goes away, our whole world kind of changes," said Ryan Hutton, who provided the training. "Unfortunately, a lot of times the training is one of the last things we get."

Fresh Green Dispensary, which is attorney-owned, invited Hutton with Extract-Ed to its Lee's Summit location to provide the training.

Extract-Ed provides training for law enforcement agencies and civilians across the country.

Hutton took law enforcement through various scenarios in the two-hour course: When they can or can't legally search a car; what to look for when a person says they have a medical marijuana card; reasonable suspicion versus probable cause; and how much marijuana product certain cardholders can have at a time.

There are still gray areas when it comes to interpreting Article XIV, and the training helped officers understand what is worth pursuing and what is not.

Police officers said the training was important and that they learned a lot to bring back to their departments.

"Scratching the tip of the iceberg. There's so much involved and so much coming," said Officer Mike Hannsz with the Bates City Police Department.

Hannsz said before the training, he had never seen what a medical marijuana card looks like.

"The more you know, walking up to a vehicle or talking to the public, the better off everyone is," Hannsz said.

Several high-profile cases in the metro have sparked some outrage, including the arrest of Jamie Wilson for marijuana possession after a traffic stop in Daviess County, despite the fact he had a medical marijuana card. His federal charges were eventually dropped.

"It doesn’t make any sense for the police, because maybe they don't have the education or they’re not lawyers, and they’re left to interpret the laws," said Rob Sullivan, co-owner of Fresh Green Dispensary. "There’s no reason they should be wasting their time on things they shouldn't."

About 10 law enforcement agencies sent officers to the training course, including the Raymore, Independence and Gladstone police departments.

Sullivan and Hutton hope more law enforcement agencies sign up for similar training because in a matter of weeks, product will be on the shelves and thousands more Missourians will possess it legally.

"They’re kind of extending that olive branch, saying we’re part of the community and we’re here to do the best we can," Hutton said.

Fresh Green Dispensary's Lee's Summit location will go through a final in-person state inspection on Thursday. The dispensary could have marijuana in the store by mid-October.