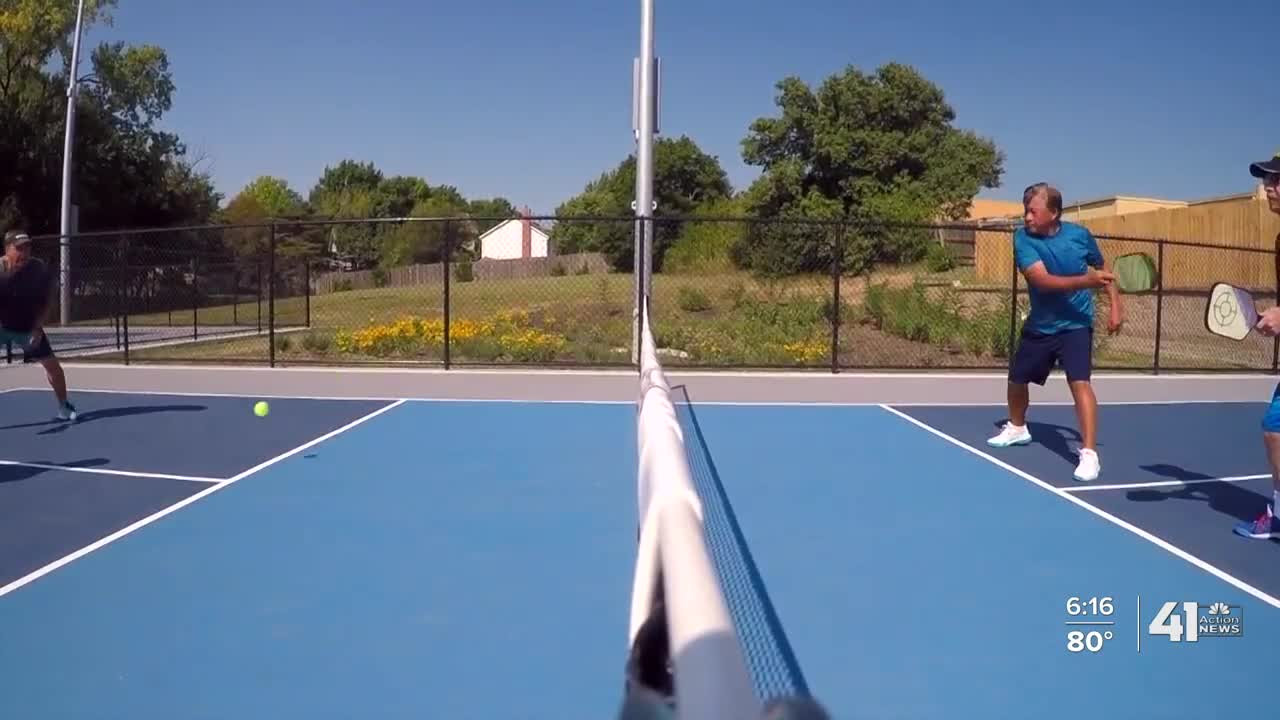 Residents in Lenexa are taking an interest in pickleball. 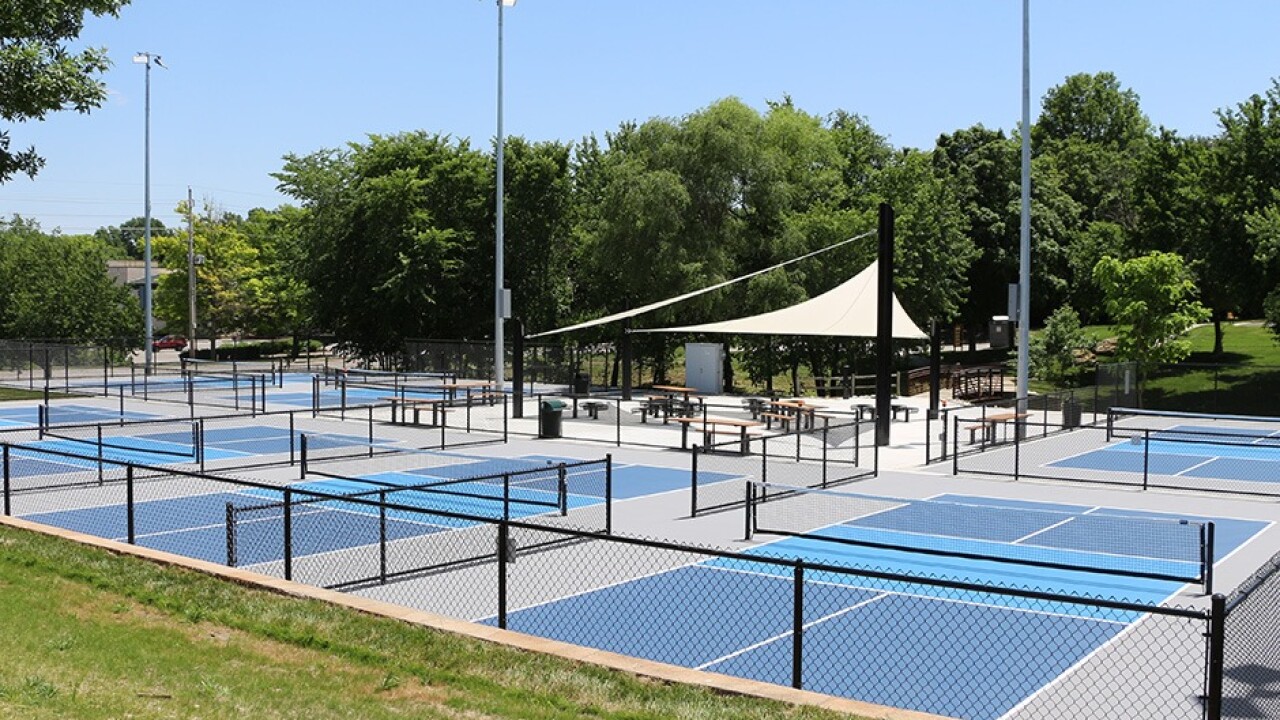 LENEXA, Kan. — The City of Lenexa has taken a swing at bringing a non-contact sport to the area, as more interactive activities have been discouraged during the coronavirus pandemic.

Tanya Rossip said she discovered the city's new pickleball courts about one month ago. Now, she's a regular, serving up her skills six times per week.

"It's about the people," she said. "These ladies, they took me in, and it was wonderful."

Stacy Miller is one of the women Rossip met through this sport.

"I love the exercise," Miller said. "And the fact that you make a lot of new friends out here. It's very social, and it's all hours of the day."

The game itself, according to Miller, is a mix of pin pong, badminton, tennis "and a lot of luck."

It's also the fastest growing sport in America, according to the USA Pickleball Association.

"For these courts, it's outdoors, so I think most people are more comfortable being outside, it's safer," said Lindsay Hart, Lenexa Parks and Recreation director. " And you're playing with doubles, so you're really only next to one other person, and you're pretty spread out."

Those interested can play a pickup game for fun or take their skills to a competition – locally and nationwide. Lenexa will hold its inaugural tournament Sept. 11-12.

Funds raised through the tournament will go toward scholarships that allow residents who have a "demonstrated need" to enjoy park amenities, like the recreation center, at a reduced cost. Scholarships are available to anyone who meets the criteria for free and reduced lunch.

One of those families, the Dorseys, used the financial assistance to cover their membership to the Lenexa Rec Center.

"Without the scholarship, I would not have been able to afford it, " Rosetta Dorsey said. "I pretty much used it as an incentive program for my kids to get their goals done. And whenever they got their goals done, we'd come up and swim, most of the time, we'd swim."

Spots still are available for the tournament, which costs $25 to enter and will take place at Bois D'Arc park.

For non-tournament play, court space is available on a first-come, first-served basis. Reservations also can be made by vising the Lenexa Rec Center or calling 913-477-7100.