Lisa Irwin's parents: 'We have no reason to believe she is not alive'

KANSAS CITY, Mo. – The parents of Lisa Irwin, also known as Baby Lisa, are hoping someone sees a new age-progressed photo of their little girl and speaks up so that she can be reunited with her family.

The new age-progressed photo released Wednesday by the National Center for Missing and Exploited Children shows what Lisa Irwin may look like around the ages of seven to eight. 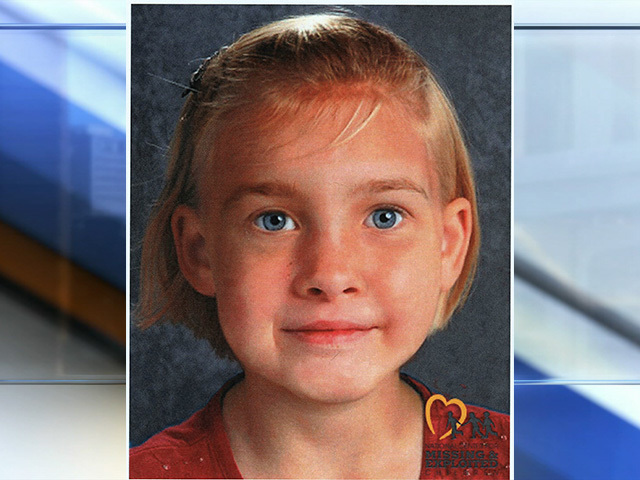 In an interview with 41 Action News Friday, her parents, Deborah Bradley and Jeremy Irwin, said they were anxious to get her name back in the headlines to remind people that she is still out there.

“She's got to be in the public, you know, hopefully in school, and if she's not, she's being homeschooled, or something like that. She's at least going to the grocery store,” Bradley said. “Maybe she's with people that don't know who she is. Don't know she's been abducted. Don't know that she has a family looking for her.”

She added, “I as her mother have always felt with my own intuition that she is alive, and every bit of evidence and information says that as well.”

Lisa’s parents also described the emotional toll the case has taken on their family.

“It's a constant roller coaster of emotions,” Jeremy Irwin said. “Every holiday, you know, her birthdays, the anniversary of her abduction, the age progression, it's all really tough.”

Lisa Irwin’s missing person case gained national attention after she disappeared from her room in the middle of the night in Kansas City, Missouri on Oct. 3, 2011. She was 10 months old at the time and would be seven years old now.

Deborah Bradley was home at the time. Her father Jeremy Irwin was at work. When Jeremy came home around 4 a.m. on Oct. 4, 2011, he discovered many of the home’s lights were on, a window was open and the front door was unlocked.

Lisa’s family has worked to keep their daughter in the news on anniversaries of her disappearance, in hopes that the attention might lead to a tip.

Bradley is holding out hope.

“It is really hard when we do get a tip and it ends up not leading to her or it's not fruitful to the information that we already,” she said. “You know, we need to finish putting this puzzle together so that we can find her, where she's at now, and get her back.”

If you have any information about Lisa Irwin’s disappearance, you're encouraged to contact the TIPS Hotline at 816-474-8477 or the National Center for Missing and Exploited Children online at 1-800-843-5678.

As for what a family reunion may look like, Bradley said through tears, “I just picture holding her and getting to know her and letting her get to know us and catching up. Bringing our family back together. I just picture her with us in the same room. Spending time with her and finally being happy again.”