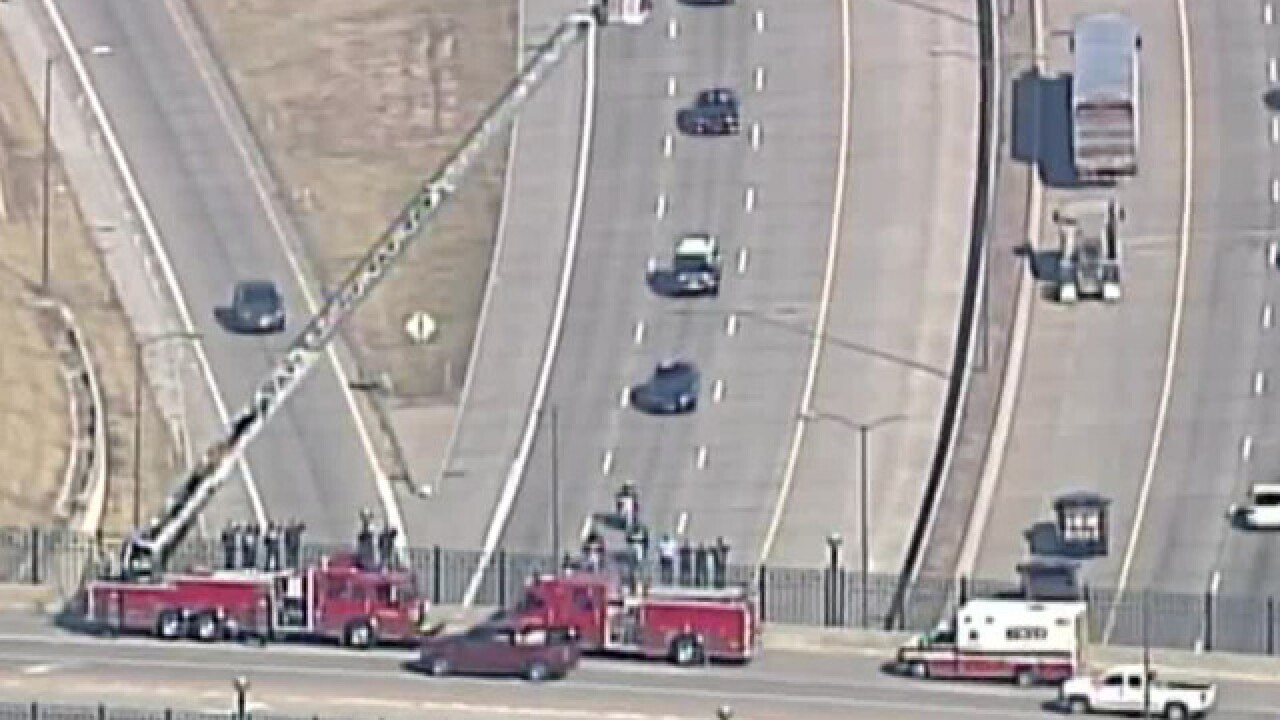 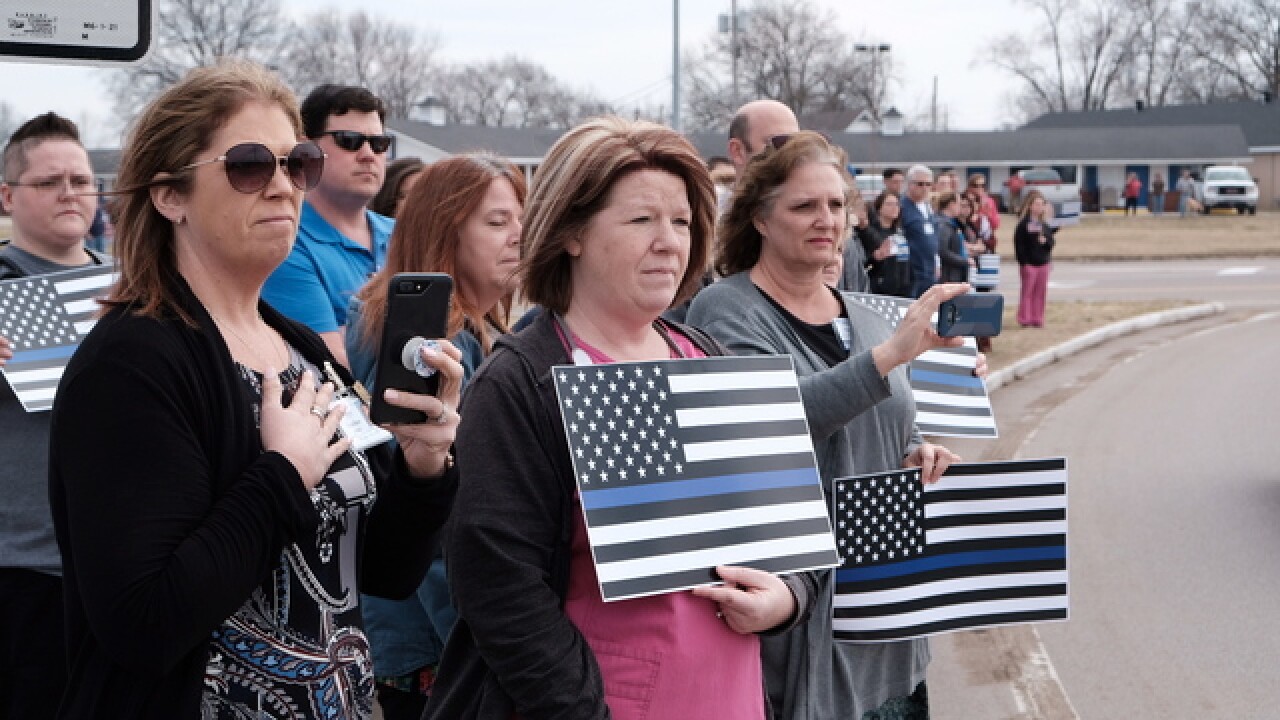 The procession ran from the Jackson County Medical Examiner’s Office in Kansas City to the funeral home in Clinton.

Among those in the procession was Officer Nate Bettencourt. Bettencourt was one of two other Clinton police officers shot during the incident Tuesday night.

Photographer @nickkastelan captured these images of injured Clinton Police officer Nate Bettencourt. He was emotional as he stood near the casket of his fallen office Christopher Ryan Morton. Bettencourt was shot in the arm.  @41actionnews pic.twitter.com/SY1Ea8NT3S

Outside Golden Valley Hospital, Clinton residents showed up in droves. Many of them showed their support of the thin blue line to honor Morton who made the ultimate sacrifice protecting the town. 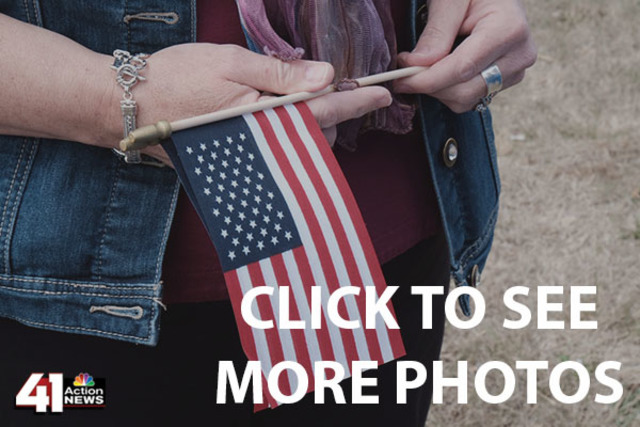 “Last time we were all in shock and the shock and hurt runs deeper this time,” said Deanna Hendrich, an employee at Golden Valley Hospital.

The hospital is where one of Morton’s colleagues, Officer Nicholas Kasper, was treated for gunshot wounds.

Tuesday’s tragedy is still fresh on the employees’ minds.

“It’s tough for them because they have to set aside whatever kind of personal feeling they might have for the people in front of them that they know and take care of them,” Hendrich said.

On Friday they held a moment of silence before lining the route.

Morton’s procession entered Clinton minutes before noon. Law enforcement from across Missouri zipped by the crowds made up of all ages.

“It’s very hard to believe in this size of town that can happen,” Nold said.

The Clinton Police Department parked a cruiser outside of headquarters to serve as a backdrop for the growing memorial to Morton.

Clinton Police has placed this cruiser outside headquarters as a memorial to Officer #RyanMorton. @41actionnews pic.twitter.com/jK9QzeIPQ0

As Clinton once again prepares to say a final farewell to a fallen officer they reassured 41 Action News they are a resilient community.

“We’ll face whatever comes. I pray to God that we don’t have to do this again,” Hendrich said.