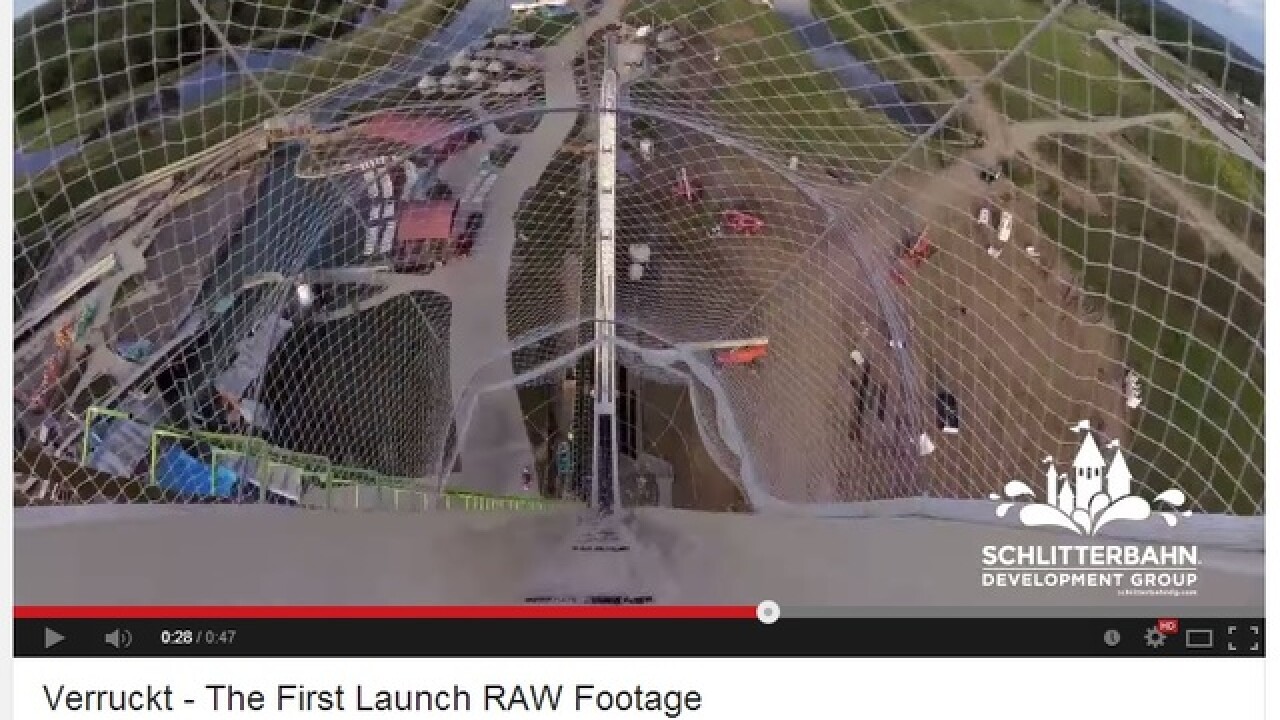 The first riders of Verrückt, the world's tallest water slide, say it's a scary and exciting experience. KCK Mayor Mark Holland was among the first.

The 17-story, 168-foot-tall water slide is scheduled to open to the public on Thursday, six weeks later than initially anticipated. The ride was reconfigured after early tests included sandbag-filled rafts flying off the slide and crashing to the ground.

Verrückt, which means "insane" in German, was certified as the world's tallest water slide in April by Guinness World Records.

The height of the slide is taller than Niagara Falls.

Riders shoot down the first hill of the water slide like a bullet at 50 miles per hour, then high-speed jets propel them up the second hill, the ride finishes as riders plunged into a pool of cold water.

If you can believe it, the slide is actually less scary now than it was a few months ago. Engineers made the hill in the middle more gradual, which slows down the slide from 70 mph to 50 mph.

The ride holds just three riders who must be 14-years-old and older. All three riders must weigh less than 550 pounds combined.

"With these drops, if you've ever been on a huge roller coaster you know that initial drop which is great and then that second hill is unbelievable,” Mayor Holland said. “Of course you get soaked which is fun and it really is a great ride. I know folks are going to want to come out and see this!”

Want to be the first to ride?

The park opens at 10 a.m. Thursday, but Schlitterbahn is expecting a line out the door. The ride itself will open at noon.

Layne Pitcher, Director of Marketing and Sales at Schlitterbahn Kansas City, said guests can purchase tickets online or at retail locations in advance, or at the park on the same day as their visit. Reservations for Verrückt are made day of, at the park, at the slide.

Copyright 2014 Scripps Media, Inc. The Associated Press contributed to this report. All rights reserved. This material may not be published, broadcast, rewritten, or redistributed.