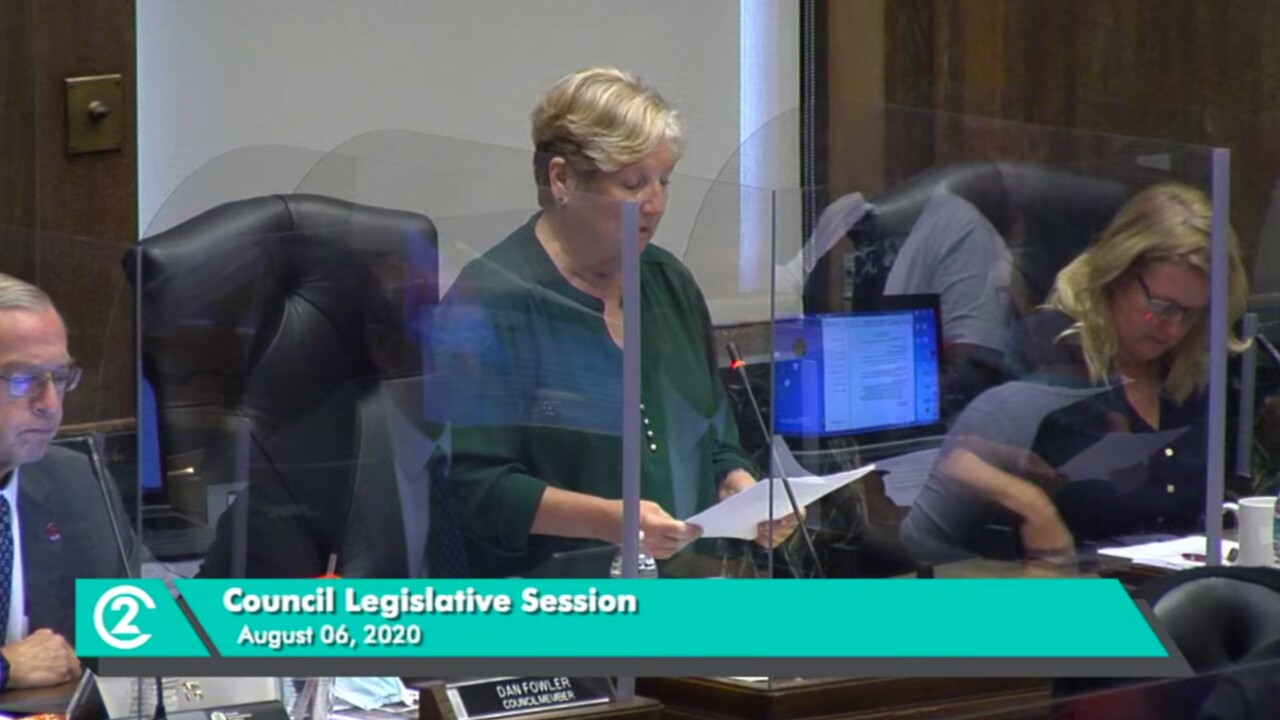 Lucas made the announcement — that he will serve as committee chair on an interim basis beginning with Wednesday’s meeting — in an email sent Tuesday and posted on social media, which called former chair Teresa Loar’s partnership with the rest of the committee “materially strained.”

Loar, who represents the Northland, came under fire in recent months for insensitive remarks directed at Councilwoman Melissa Robinson during a July 23 meeting.

Loar questioned Robinson’s qualifications and ability to write a statement she had read, remarks many considered racist given that Robinson is a Black woman.

Loar apologized in early August for “my hurtful words and actions” and underwent implicit bias training at Lucas’ direction.

Pressure mounted last week to remove Loar as the committee chair when Robinson and two other council members, Eric Bunch and Kevin O’Neill, boycotted the Sept. 16 meeting while calling for Lucas to take action.

Loar said Tuesday that she was fine with Lucas’ decision.

“I believe the solution that Mayor Lucas has come to for the TIO committee is excellent,” she said in an emailed statement to 41 Action News. “It solves many problems and allows the committee to move forward with the business of the city. I am in full support.”

Lucas said he’s received complaints from all but one of Loar’s colleagues on the committee about her conduct “during committee meetings and in external work and communications” in the letter announcing the change.

The committee has oversight of the multi-billion dollar project to build a new Kansas City International Airport, which also has been the subject of ethical accusations in recent weeks.

Lucas announced plans to tour the KCI construction site next Monday, inviting committee members to join him for an update on the project.

He also announced changes to the committee’s procedures designed to ensure fairness.

Lucas said he expects the committee to “return to its original constitution” — but with the above changes in place — after “our foundation of mutual professional respect is rebuilt and without subsequent place intrigue.”

Lucas concluded his letter by calling for an end to the boycott by some committee members “and for us to continue our important work for Kansas Citians in these challenging times.”