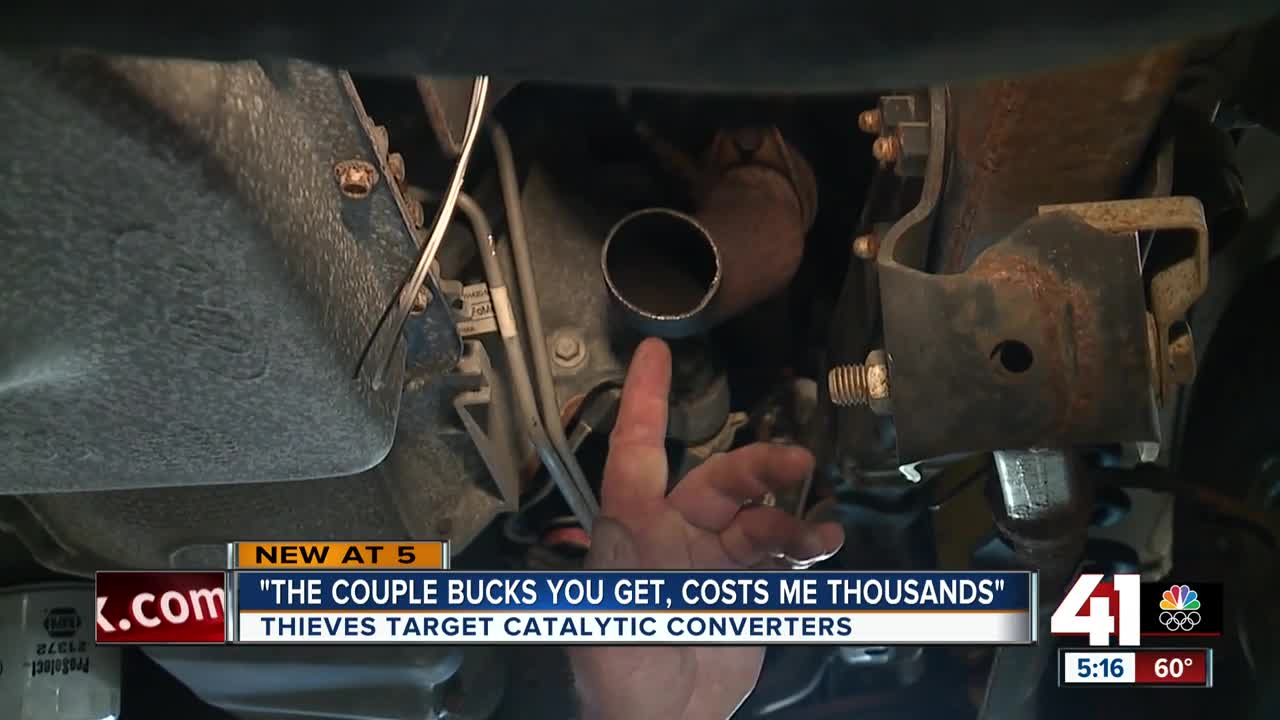 Thieves aren't only targeting what's left inside your car, but what's underneath it — catalytic converters, to be exact. It's a quick crime that's costing victims big. 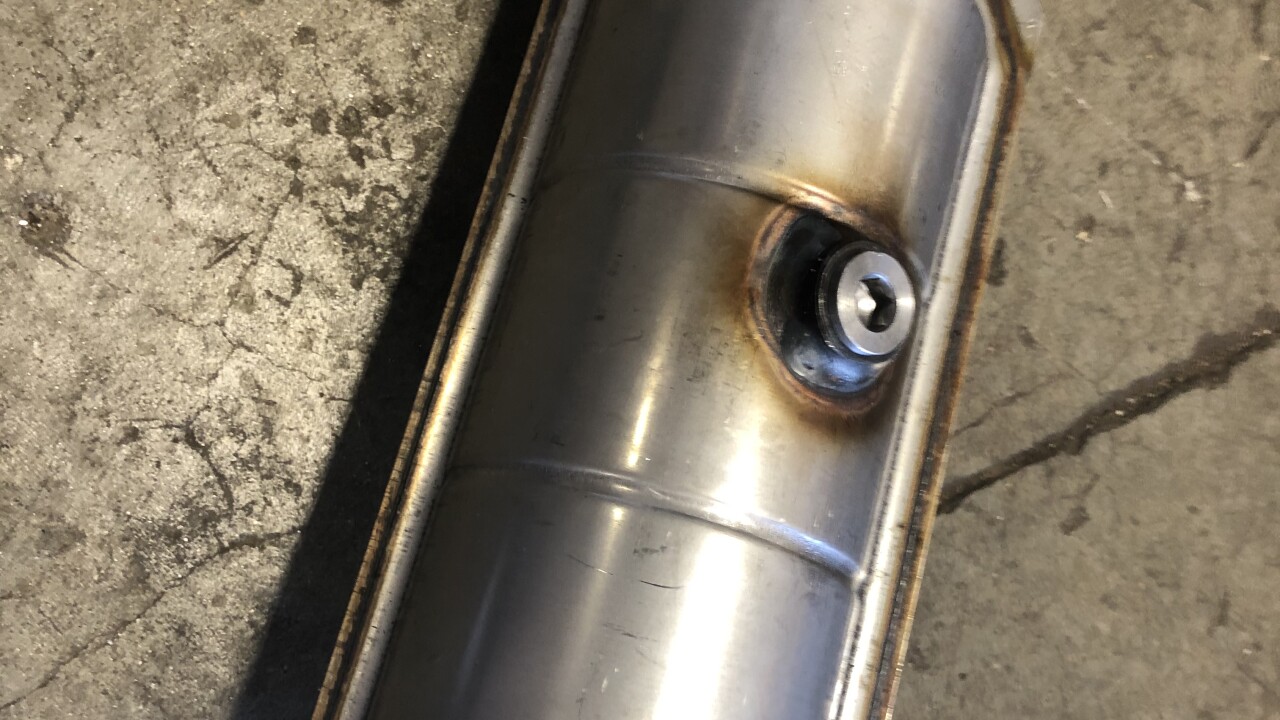 Thieves aren't only targeting what's left inside your car — but what's underneath it.

Erin Lukas is one Kansas City victim that's out a big chunk of change and also her car.

"I don't think that the people that take these things realize that the couple bucks that you get, costs me thousands of dollars," Lukas said.

Over the weekend, Lukas' car broke down on I-435 near the Bannister Road exit. Thinking it was her battery, Lukas left to buy a new one and kept her car parked on the side of the road.

"So, we put the new battery in and when we started the car up, it sounded like a jet engine," Lukas said.

In the 10 hours it was on the side of the road, Lukas said thieves cut out her catalytic converter, a key part of the exhaust system.

"The problem with it is it literally takes a matter of seconds, if not a minute or two for somebody to crawl under a car and cut the catalytic converter off," Alan Heriford, owner of Johnson County Automotive, said.

The quick crime has brought a number of people into Heriford's shop. In the last week, Heriford told 41 Action News four cars needed new catalytic converters due to thieves.

"The bad thing about catalytic converters is that it's illegal to remove them, so they have to be on the vehicle, we can't legally do anything but replace them with like converters," Heriford said.

Heriford said the metal inside the converter is what thieves want to then sell to recyclers.

"You're talking about somebody getting $25 to $50 maybe, on the high end even say $100 for a used catalytic converter," Heriford said.

The damage to the victim's car is much more expensive than what the part is worth. Lukas said the estimate she received was more than $1,200.

Unfortunately, there's not much people can do to prevent falling victim. The best thing you can do is file a police report.