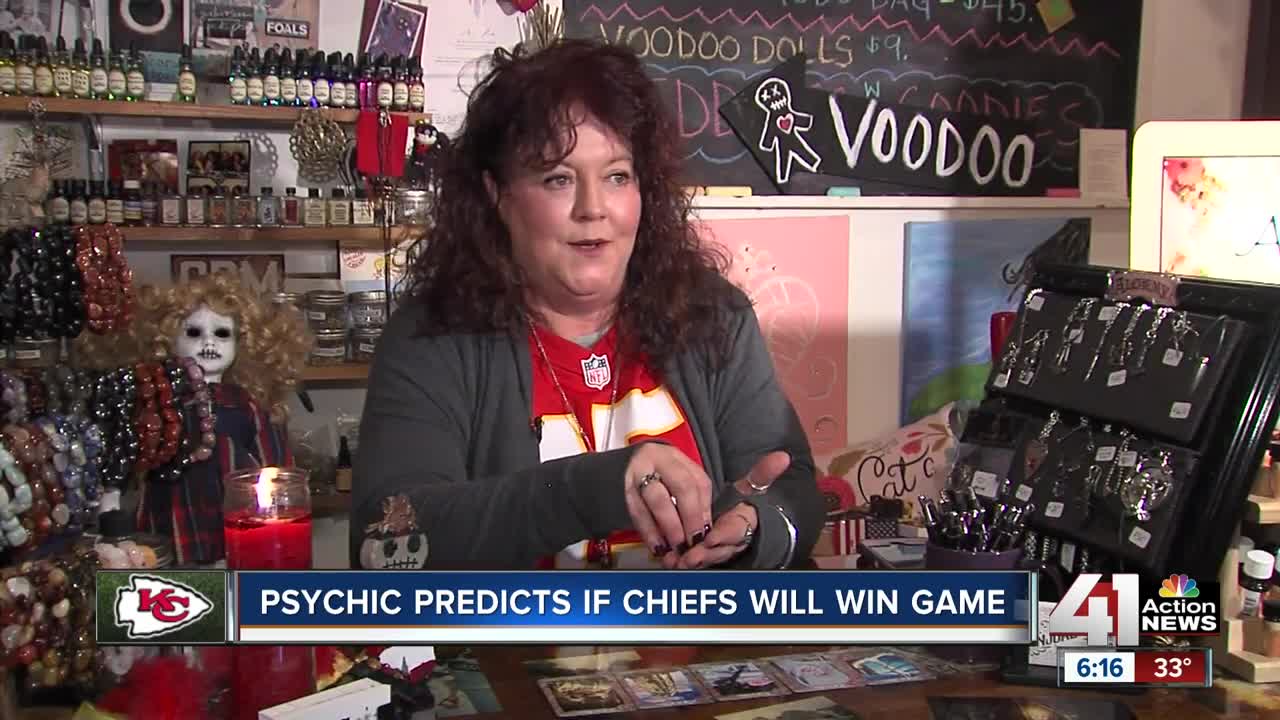 Kansas City Chiefs fans have been making their own predictions about the team all season long. 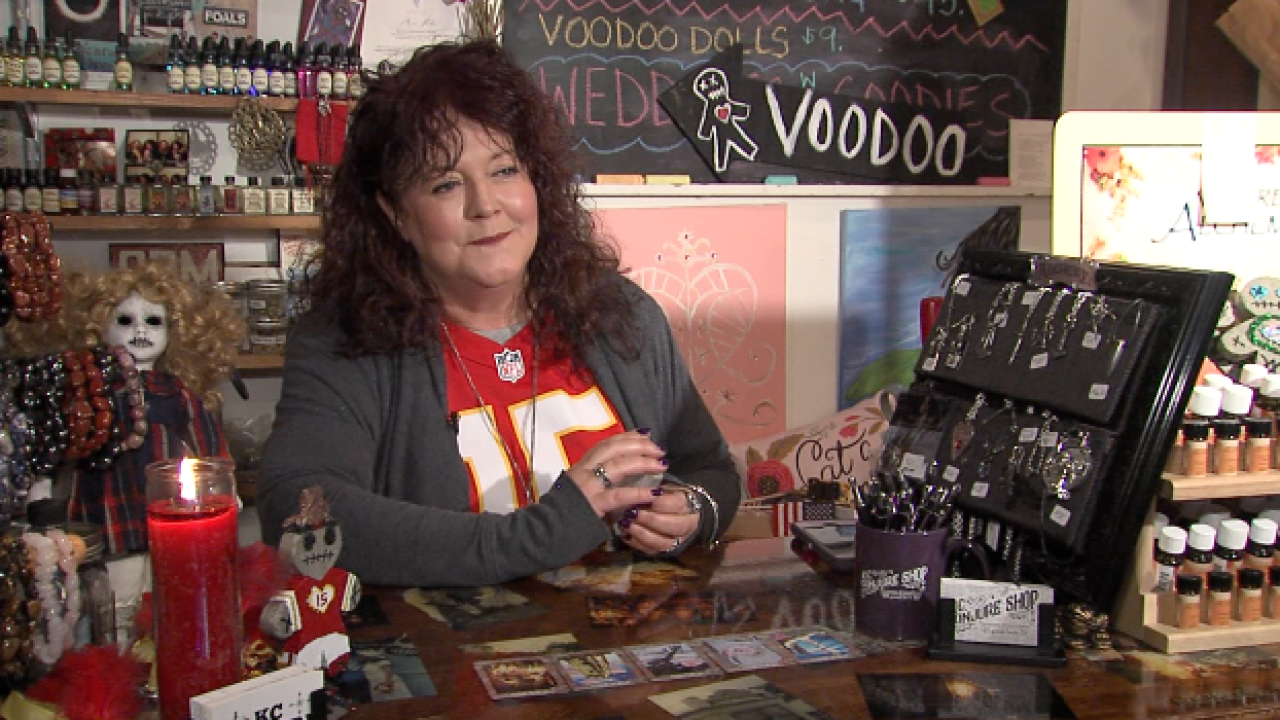 KANSAS CITY, Mo. — Kansas City Chiefs fans have been making their own predictions about the team all season long.

Friday, a professional took a look into the Chiefs future ahead of Saturday's game against the Indianapolis Colts at Arrowhead Stadium.

"My friend and I here were shuffling cards and basically asking if the Chiefs were going to win," said Julie Valdivia, Owner of KC Conjure .

For 20 years, Valdivia's business in the Crossroads Arts District has been studying and practicing hoodoo, southern folk magic.

"I read a system called Lenormand. It's a 36-card French system. I'll lay all the cards out and it kind of tells a story," said Valdivia.

Valdivia does not typically do sports readings but Friday, 41 Action News dealt the right hand.

For many years, the cards have been stacked against the Chiefs, but Valdivia said not this time. She drew an anchor, heart and then a key. All good signs heading into Saturday's game.

"The key is a very good card because it opens up more opportunities, so that could tell me that they could advance," said Valdivia.

The Chiefs won their last home playoff game in 1994. Every year since, fans got their hopes up.

"Everybody would be hyped up, I would get a sinking feeling and I just knew that they were not going to make it," said Valdivia.

This year, Valdivia said, is different, as long as the Chiefs play their cards right.