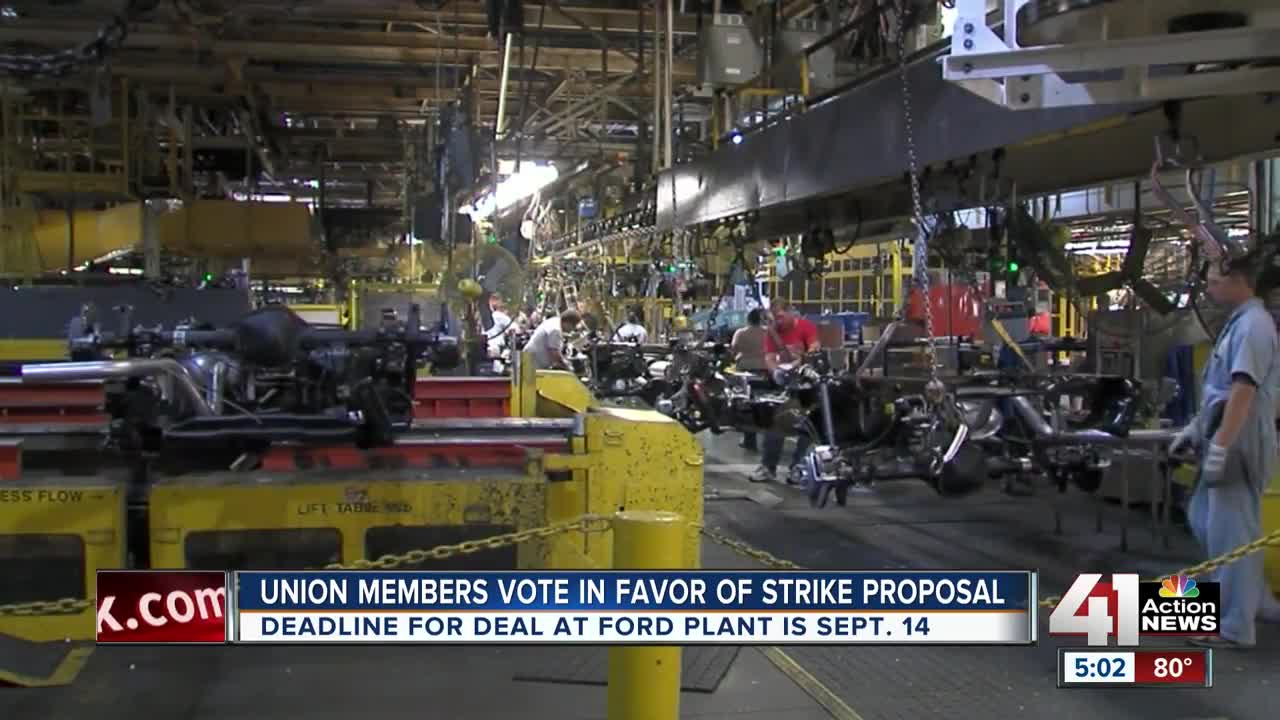 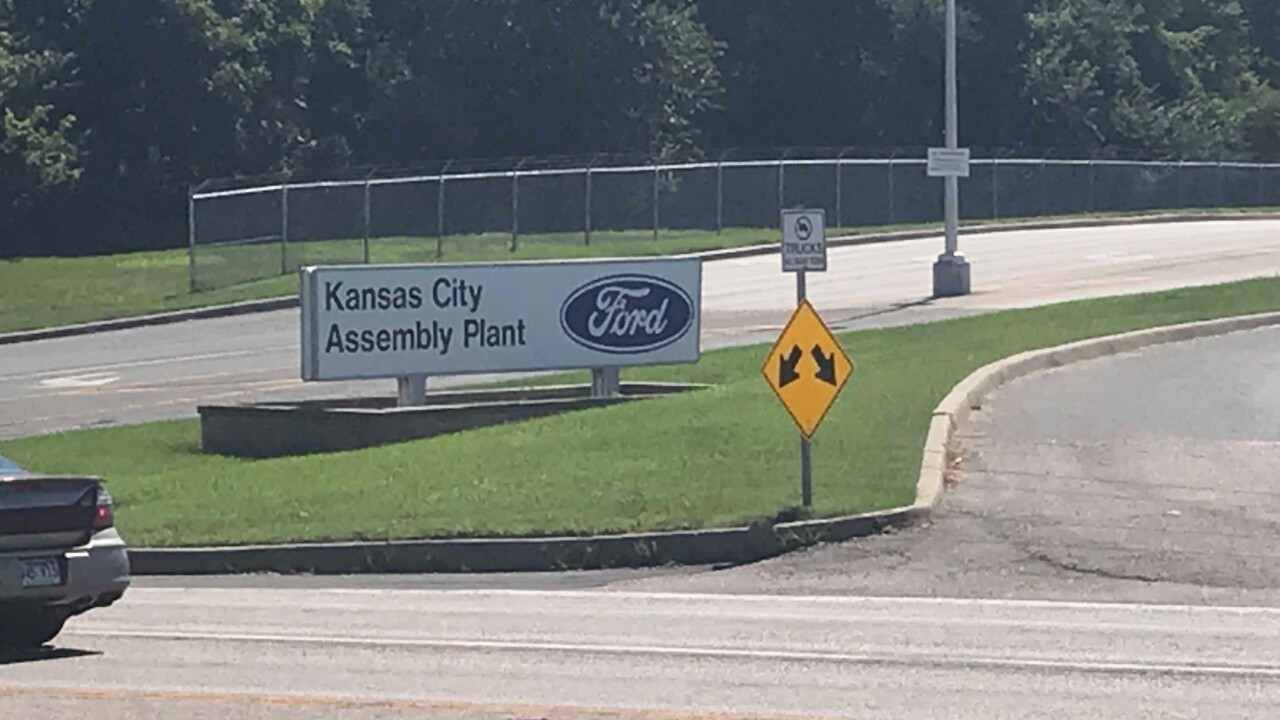 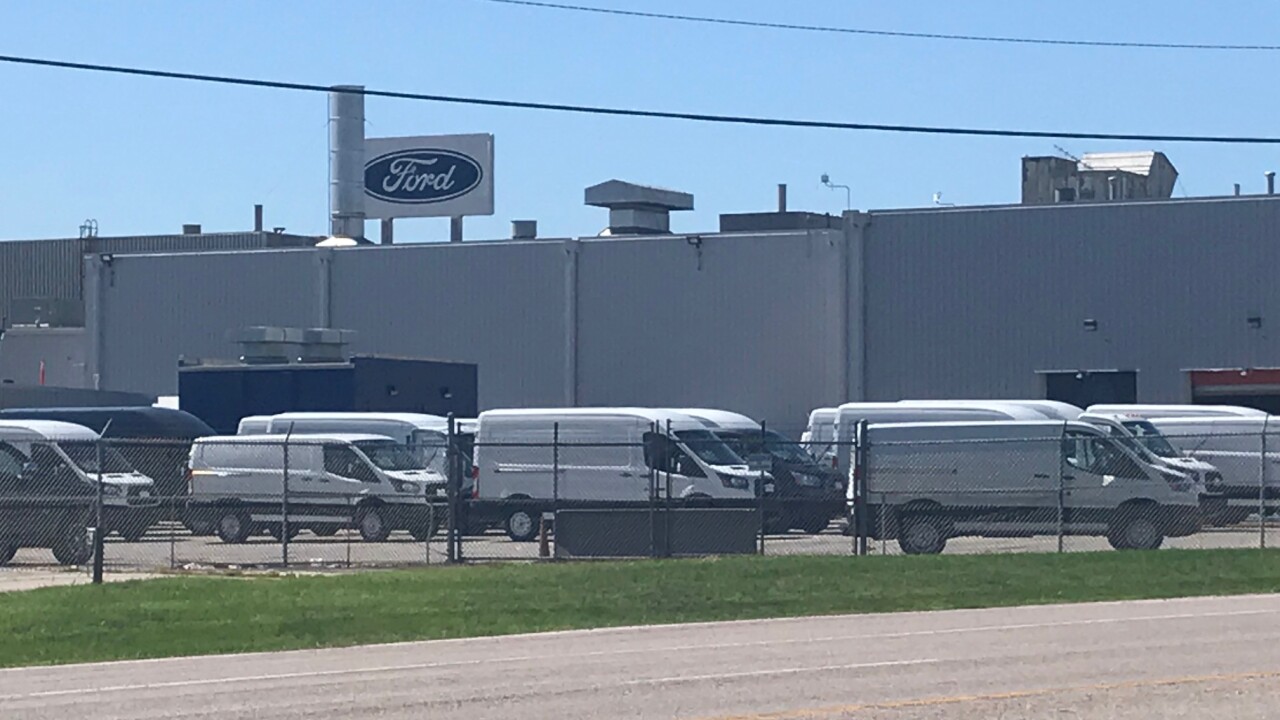 CLAYCOMO, Mo. — Local members of a Ford auto workers' union could go on strike next month if a new collective bargaining agreement cannot be reached.

Over the course of two days, 98.4% of the several thousand members who work at Ford's Kansas City Assembly Plant in Claycomo voted to make joining a local and national strike a possibility, if a new deal isn't struck by midnight on Sept. 14.

Several calls to the United Auto Workers Local 249 from 41 Action News on Wednesday went unanswered and messages went unreturned, but the union addressed the vote on its Facebook page.

UAW Local 249 President Jason Starr posted Tuesday on Facebook that local leaders "expect an agreement that brings: product investment to secure our facilities and jobs, investment in training for our members to ensure we are producing the vehicles of the future as electric and autonomous vehicles come to the market, reducing the wage progression period for our newer members and also one that eliminates the current utilization of temporary workers without a defined period of time for permanent hire."

The vote is a sign that the union is frustrated with negotiations, according to Park University Associate Professor of Human Resources Nicholas Miceli.

"If labor gets to the point where they feel like management isn't bargaining in good faith or there really isn't any other good way to get management to listen, then that's really the only weapon they have in their arsenal,” Miceli said of the strike vote.

Miceli added that management generally has the upper hand if it comes down to a strike.

Furthermore, in the event of a strike, the impact to Ford likely would be minimal in the short term.

"They can try to staff with white collar or similar employees as much as they can," Miceli said. "I'm not sure how much they can bring in (as far as) replacement employees."

Ford issued a statement about the negotiations for a new CBA: “Our focus is reaching a fair agreement with the UAW that allows the company to be more competitive so we can continue to grow to preserve and protect good-paying manufacturing jobs and maintain our track record of investing in our U.S. plants."

UAW Local 249 is asking for nonperishable food donations to help its families in case the strike happens next month.