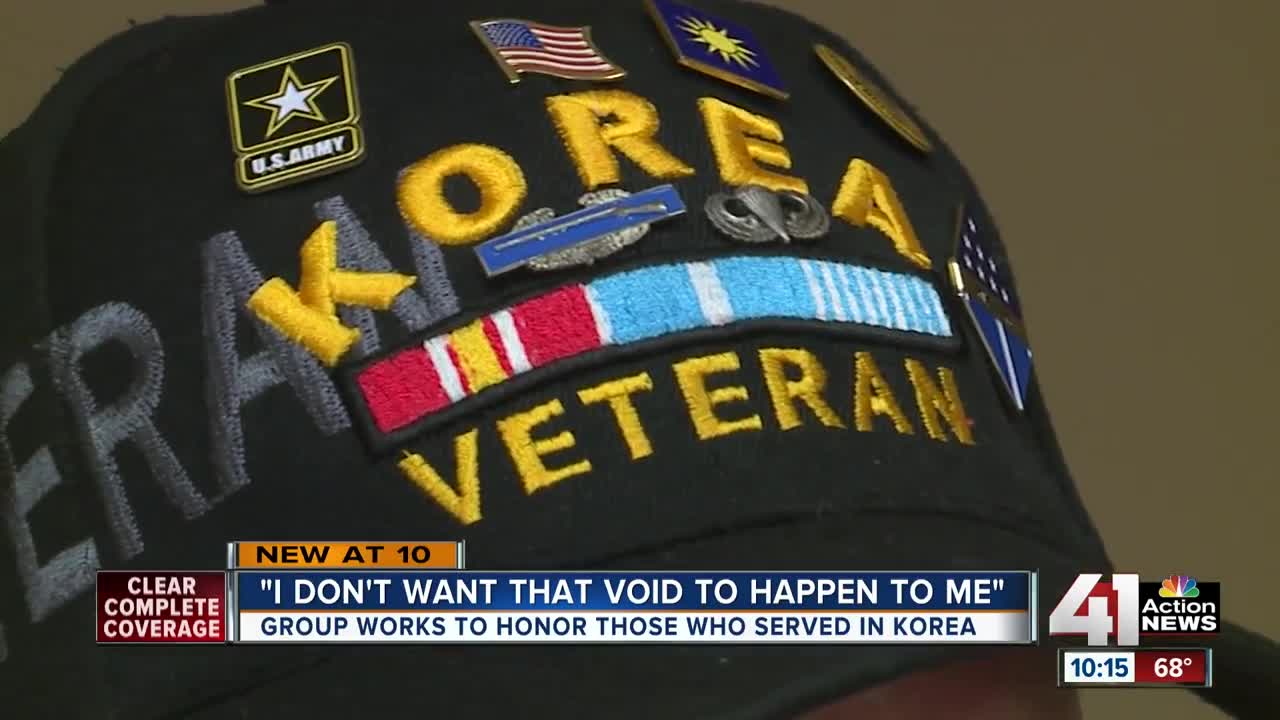 A small group of local men who served in the Korean War hope to organize a Korean War Veterans Day in Missouri before more veterans pass away from the war's dwindling ranks. 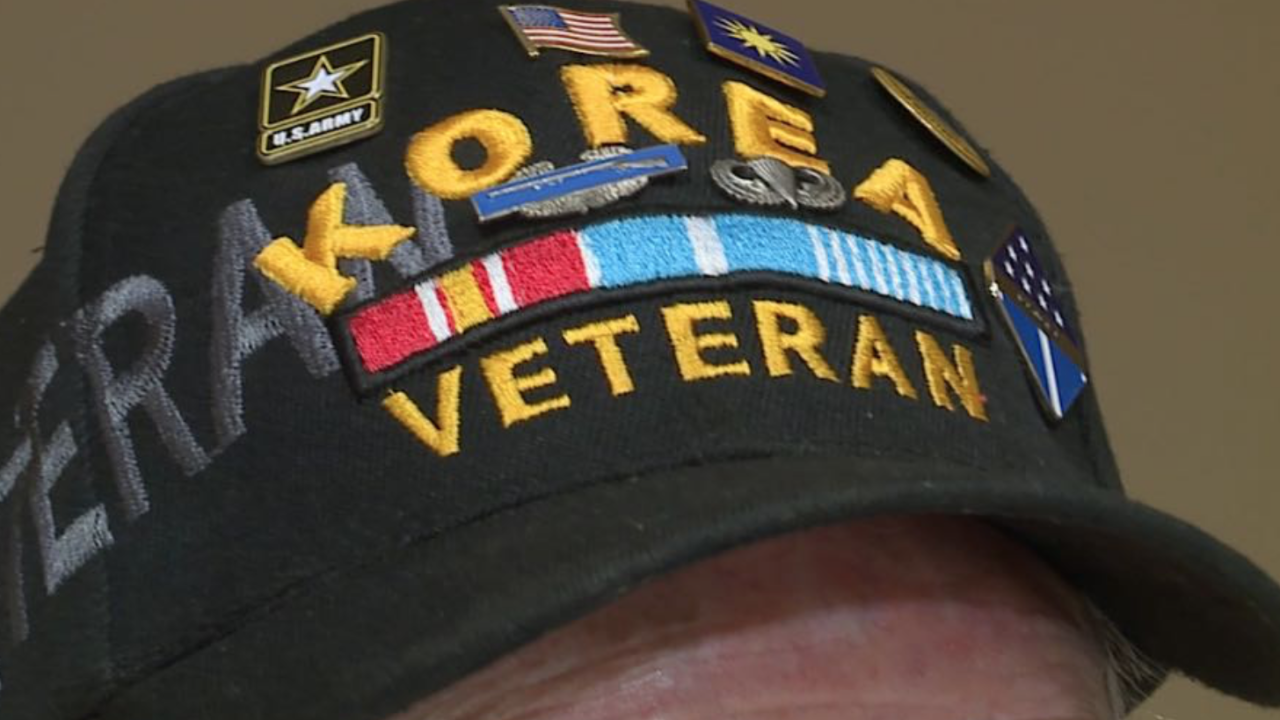 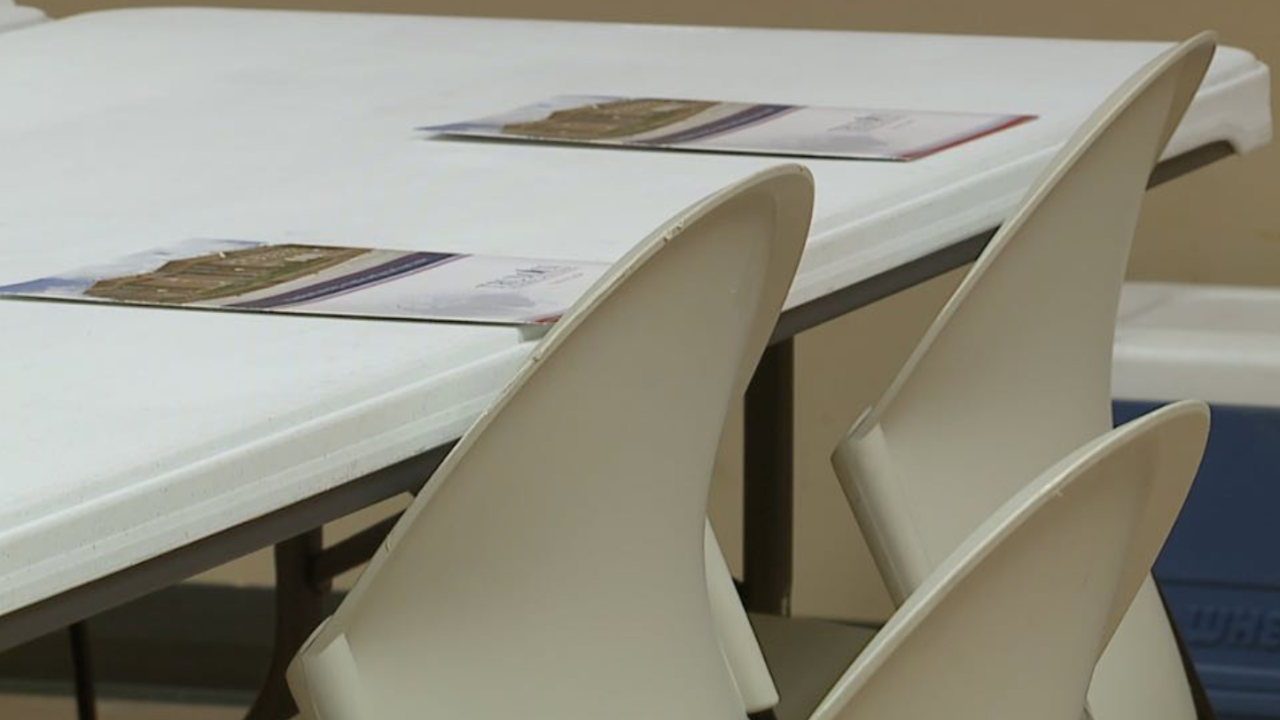 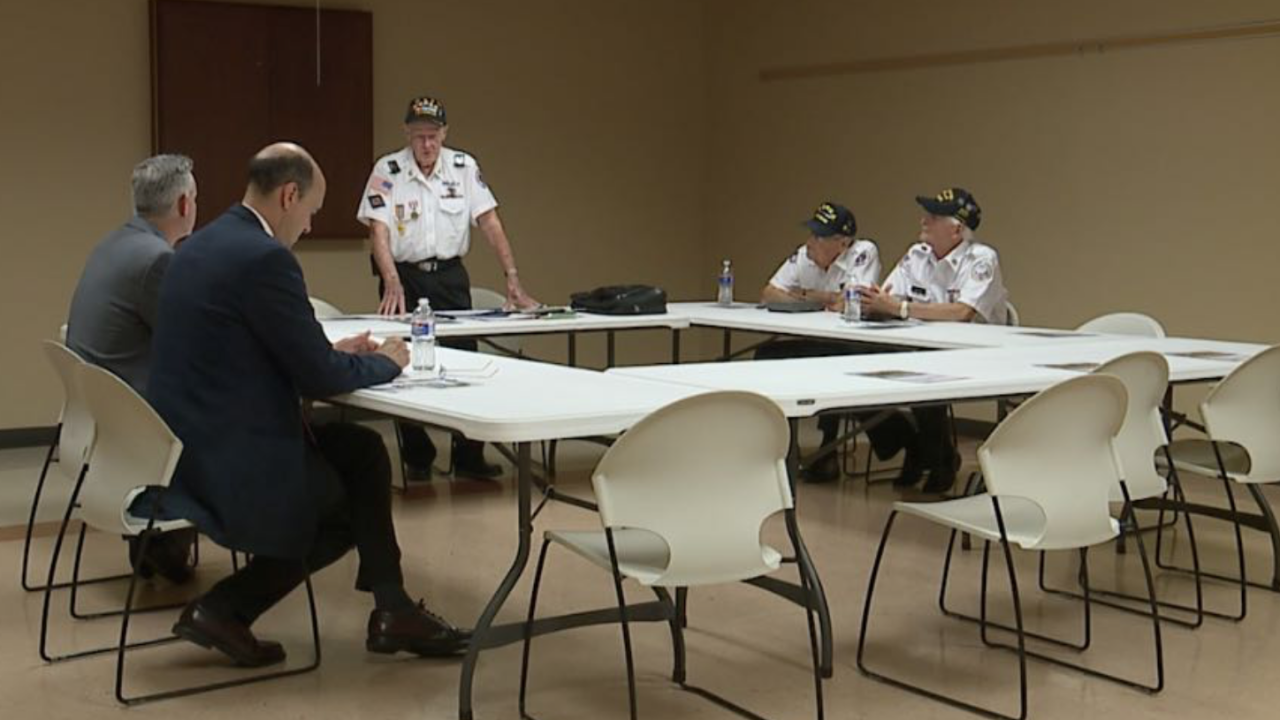 INDEPENDENCE, Mo. — Inside a quiet meeting room at the Truman Memorial Building on Wednesday, there were more empty seats than people at a table set for a dozen.

Most of the event brochures and group information packets sat untouched as staff from the front desk at the building occasionally walked past the room.

For members of a local Korean War veterans group in the metro, meetings like the one of Wednesday have become all too common.

Ron Graham, who wore special pins and badges to the gathering, said the roll call at the group meetings can bring sobering updates.

“I think last year we lost six members,” he said. “It just dwindles.”

George Miller, 85, was one of the three veterans who attended Wednesday's meeting.

Decades after serving in Korea, he can still vividly remember what it was like fighting Communist forces.

“I went to jump school in Fort Benning, Georgia, and got shipped straight to Korea,” he said. “Most of the experience was sweat, hard work and training.”

Miller was joined by Graham and another Korean War veteran to continue planning what has become an important project for all of them.

With some of his fellow “Forgotten War” veterans now in their 90s, Miller hopes to preserve the legacy of those who served.

“I came back and my friends were still there," he said. "They said, ‘Hey George. Where you been?' Right now, we don’t have anything to tie anything to.”

After hearing about a Korean War Veterans Day event in Kansas, Miller now hopes to bring something similar to Missouri.

While the state has special memorials for the conflict, including one at Washington Square Park in Kansas City, Missouri, Miller and the other veterans want to do more.

“They’re looking at themselves in the mirror and the group is not there anymore,” Graham said. “My dedication is to help these guys.”

The group met Wednesday with representatives from both the Missouri Veterans Commission and the Harry S. Truman Library and Museum, which closed this week for a $25 million renovation.

While official plans for a Korean War Veterans Day in Missouri haven't crystallized, Miller said he was encouraged by progress being made on celebrating his fellow veterans.

“I’d be able to enjoy things that are related to it without having to be concerned with what’s going to happen next week or next year,” he said.

Moving forward, Miller hoped something could officially happen to honor the legacy of Korean War veterans before more of them pass away.

“Several other branches or chapters I know of just cancel their franchises," he said. "They don’t exist any longer. If it disappears, we’ve got a void. I don’t want that void to happen to me.”

While no date or location has been determined, organizers said an event could come as early as next year to commemorate the 70th anniversary of the start of the Korean War.