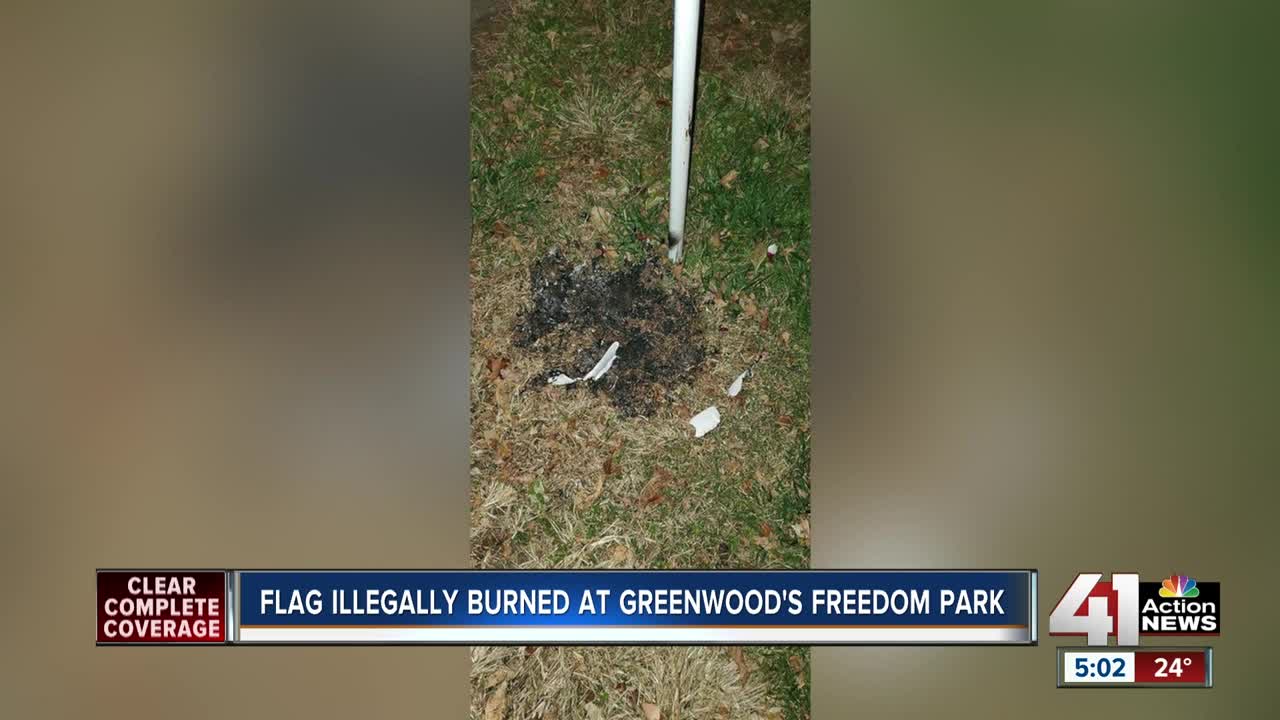 Greenwood, Missouri, police are investigating after an American flag was illegally burned at Freedom Park. 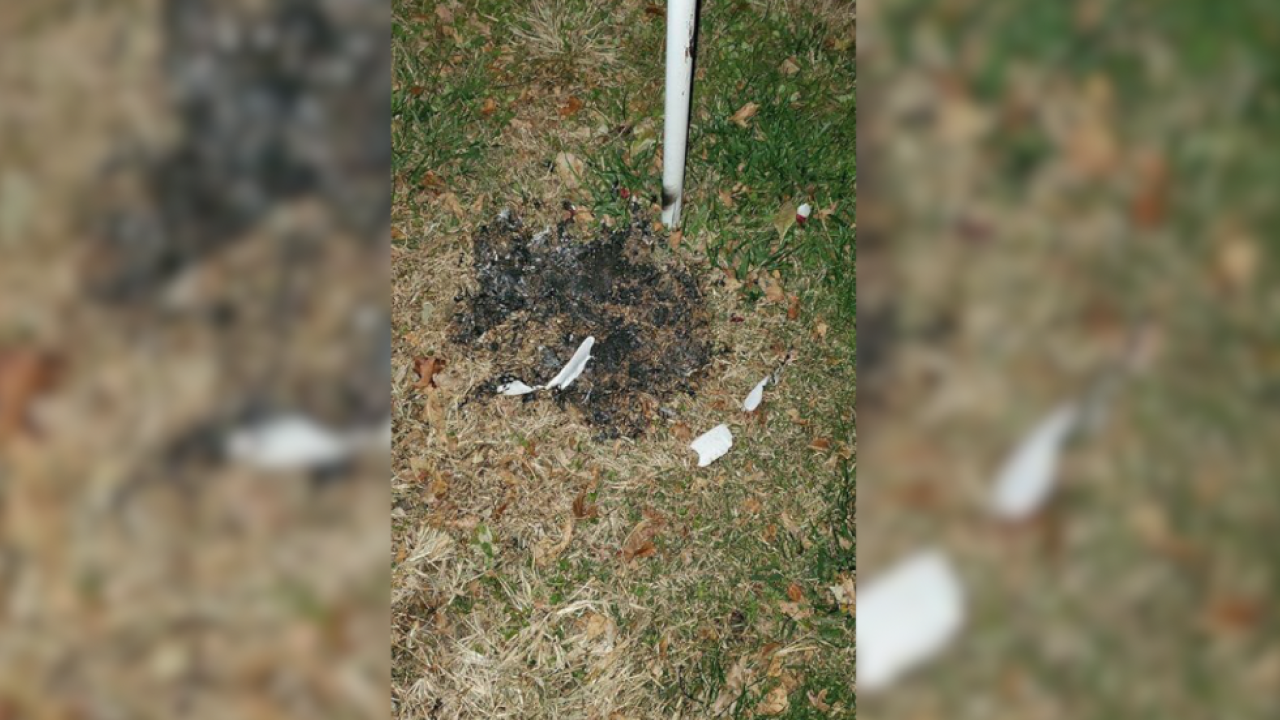 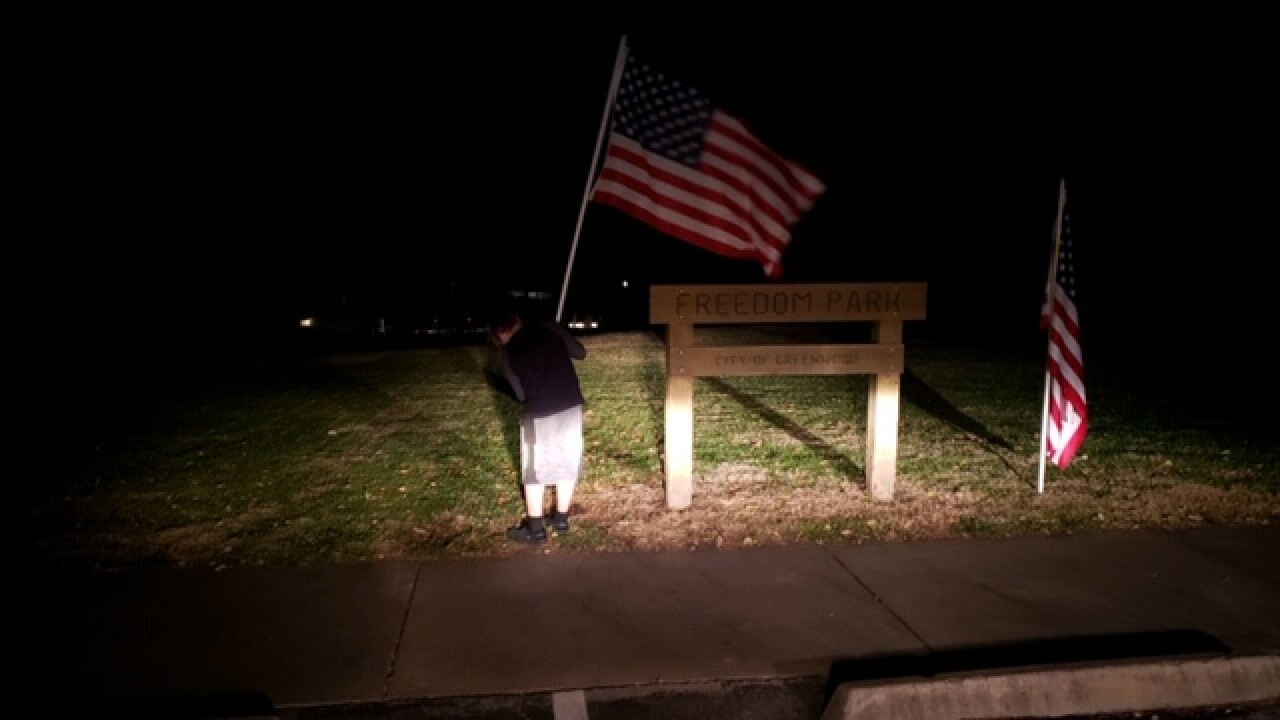 GREENWOOD, Mo. — An Air Force veteran and the leader of a local Boy Scout troop is turning an act of vandalism into a lesson.

Shawn Lueck served in the military from 1988 to 1993. Even after his service, he's still serving by helping lead Troop 1054 in Lee's Summit.

As part of their service to the community and a way to raise money, the scouts place hundreds of flags around the community for national holidays.

They had just put two flags up in Freedom Park on Friday evening to honor the men and women who serve in the military for Veterans Day, which was observed Monday.

Lueck found out Saturday night that someone had burned one of the flags to ashes.

"It's disappointing to find out that one of them had been burned, but luckily no one was hurt," Lueck said.

He quickly went home, grabbed a new flag and replaced the burned one.

Detective Phillip Grabmiller said the department is investigating to find the responsible party.

"We're hoping that we can catch the person who did it and at least make them understand that what they have done is indeed not only a crime, but it is extremely hurtful to those who serve our country," Grabmiller said.

Grabmiller said charges and consequences will depend on the age of the person responsible.

Lueck hopes the ramifications include community service, such as helping the scouts put up flags or cleaning up parks. He believes that would have a bigger impact than a fine or jail time would.

While he's disappointed it happened, Lueck said it can serve as a lesson to his scouts.

"I think this is great example to the youth that we are one country," Lueck said. "We need to celebrate our commonalities, not our differences."

Anyone with information about the flag-burning incident should call the Greenwood Police Department at 816-537-5020.