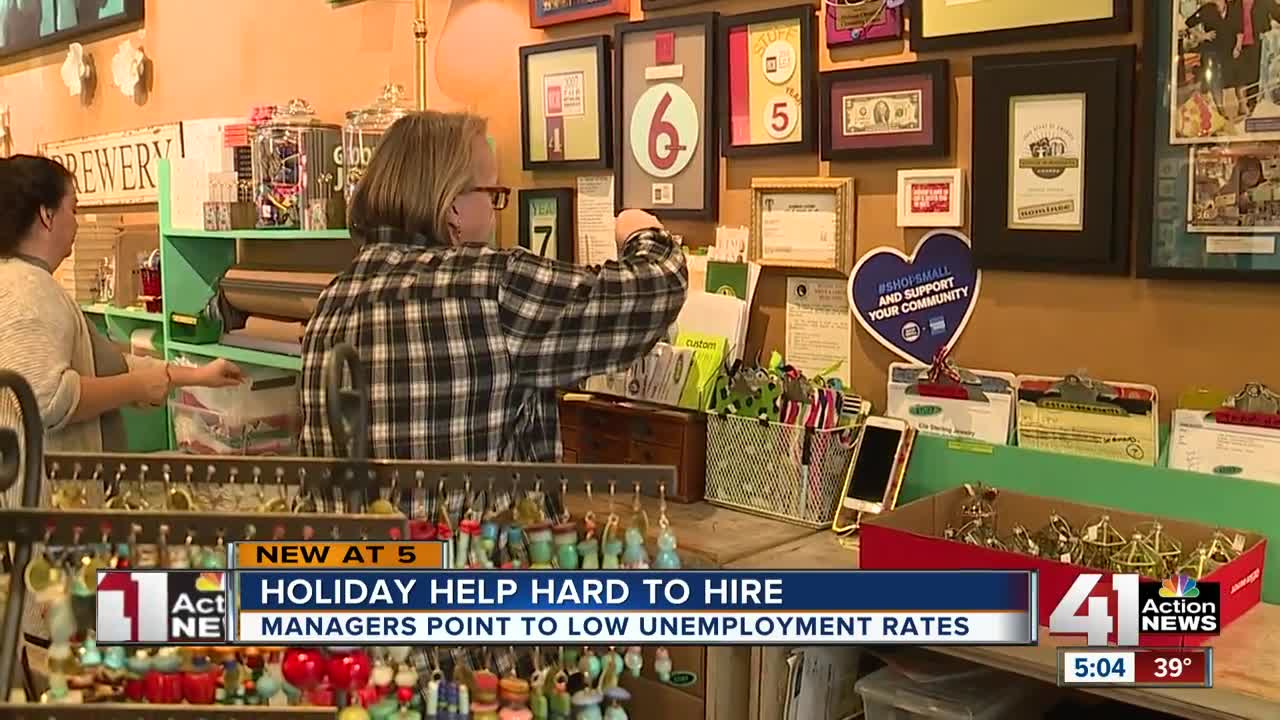 Retailers in the Kansas City metro have had to be more creative about advertising job postings because of low unemployment rates in both Kansas and Missouri. 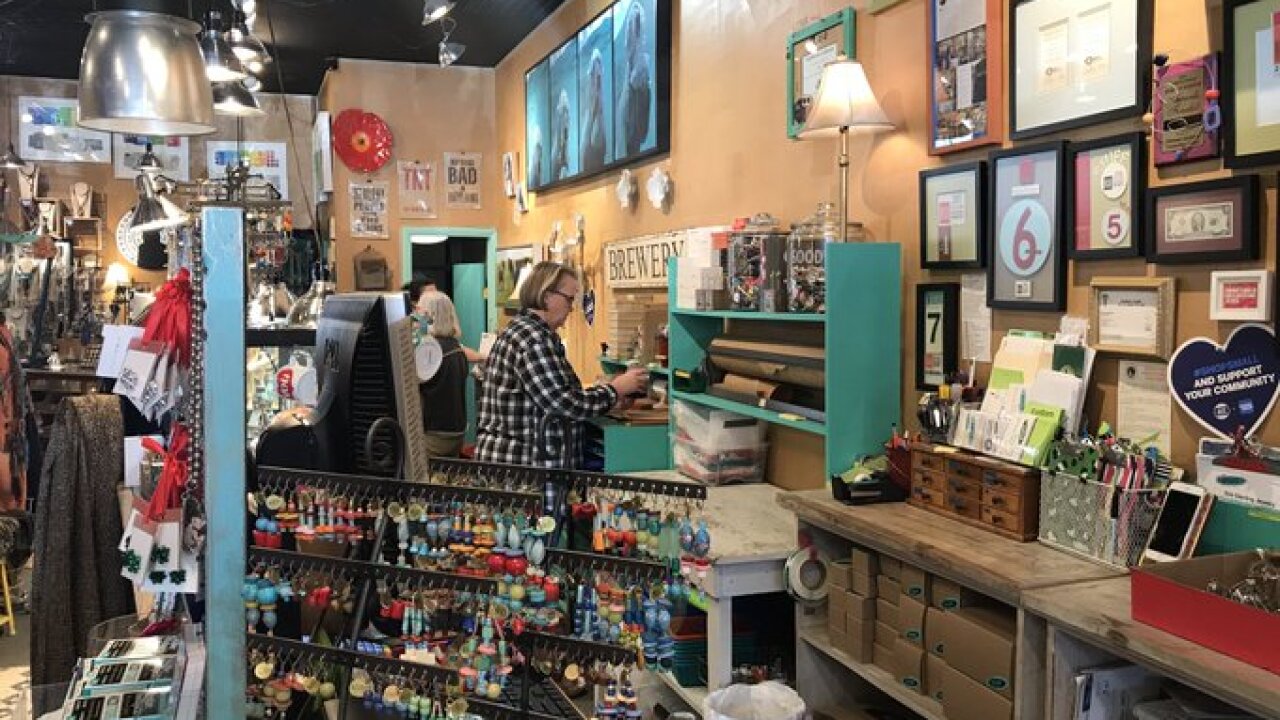 KANSAS CITY, Mo. — Stores in the Kansas City metro are preparing for a rush of customers as the holiday shopping season hits full swing.

Many of the retailers need holiday help to keep up with demand, but they are finding it harder to recruit employees than past years.

The unemployment rates in both Kansas and Missouri are 3.1%, which is a positive sign for the economy but makes finding quality employees more difficult for local stores, such as A Store Named Stuff in Brookside.

"We're just kind of shifting and having to be really creative on how to fill that void," said Casey Simmons, co-owner of A Store Named Stuff.

Simmons has had to bring on some college students who are in town, and she’s even having family members fill in the gaps.

"We are also bringing in some past employees … I reached out and said, ‘hey, we need a couple bodies here and there that are seamless,’” Simmons said. “They can walk in and they know what they are doing, they can help, they can pick up a few shifts.”

In the past few years, Simmons said the amount of applicants to fill jobs has shrunk considerably.

“We have felt that it's been a little bit more challenging,” Simmons said. “We've had to be a little more creative. Really, we've just had to be very patient."

Hiring has presented a similar a problem at Kate's Canine Resort in Midtown, currently at capacity.

In the meantime, the business owners hope to stay calm during a stressful holiday season.

"Stay calm and just be very patient,” Simmons said. “They will find us, they will come to us. It just does not come easy at all anymore."

Both business owners told 41 Action News they've had to be more creative when it comes to advertising their job postings, such as using social media.