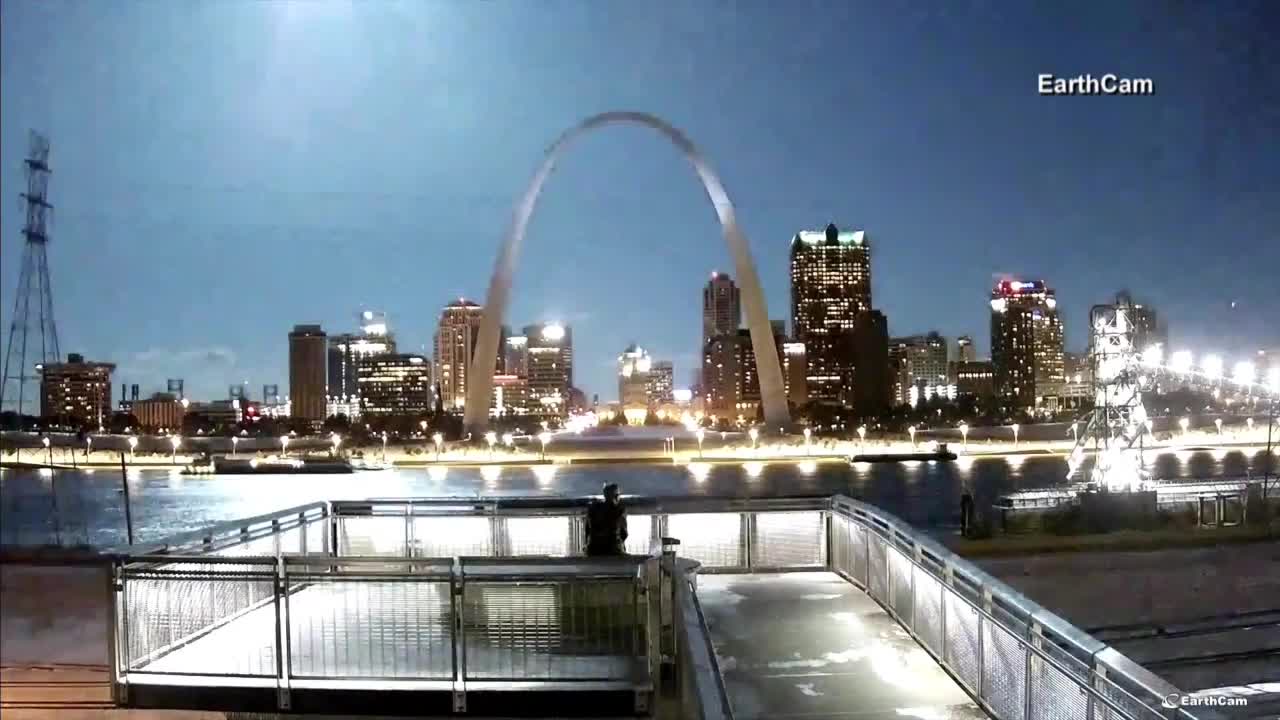 A meteor streaked across the St. Louis sky and was caught on camera when it brightened up the Midwest sky. 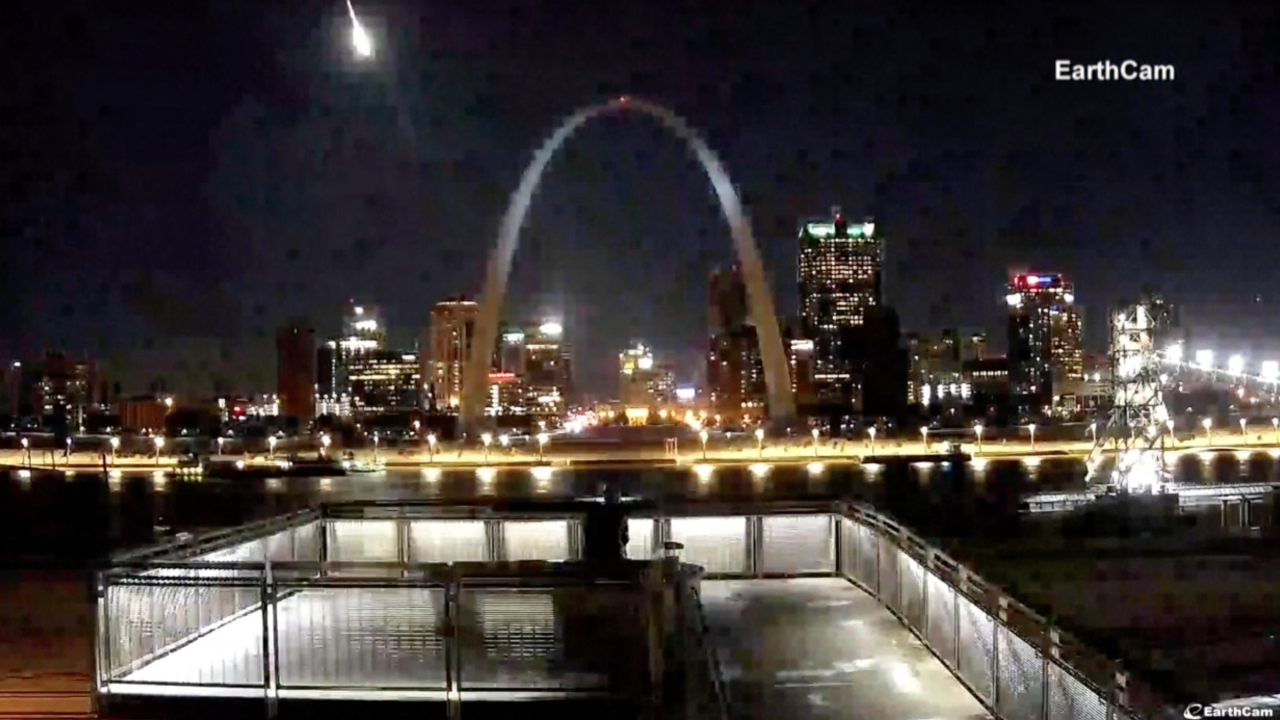 KANSAS CITY, Mo. — Social media lit up after an apparent meteor flashed across the St. Louis sky on Monday night.

Video captured on the St. Louis EarthCam and several area Ring doorbells showed the bright streak appear and then disappear over the horizon.

The American Meteor Society said it received more than 120 reports from eight different states. Most sightings were reported in Missouri, but people in Illinois, Kansas, Minnesota, Nevada, Nebraska, Oklahoma and Wisconsin also registered sightings with the scientific society.

Experts believe the meteorite is from the South Taurids meteor shower, which is caused by debris from Comet 2P/Encke.

"As the Earth passes through these clouds of dust and debris, those rocks will enter the atmosphere and some of them will get so hot they'll ignite and sometimes even explode," said Patrick Hells, planetarium specialist at Union Station. "We call them fireballs, and that is the meteorite that everybody saw last night."

Meteorologists said the object appeared to have completely burned up in the atmosphere, so likely none of the object made it to the ground.

"It passed over, I think eight states have reported sightings and it ended somewhere over North Carolina, so if you're a meteorite hunter, that's where I would recommend looking," Hess said.

When meteors are entering the atmosphere, Hess said they are pushing against the air, which causes a lot of friction and pressure. The pressure is what causes the object to ignite.