The property still smoldered one day after a fire destroyed a home in Smithville, Missouri.

Acting Fire Chief Dave Cline of the Smithville Area Fire Protection District said they are ruling the fire an accident.

The flames and black smoke could be seen for miles Wednesday evening as dry conditions and gusty winds fueled the fire.

"The wind definitely impacted the speed and the intensity of the fire," said Cline.

Little remains of the home that stood on Northeast 132nd.

The homeowner stopped by early Thursday morning to see what could be salvaged, not leaving with much. 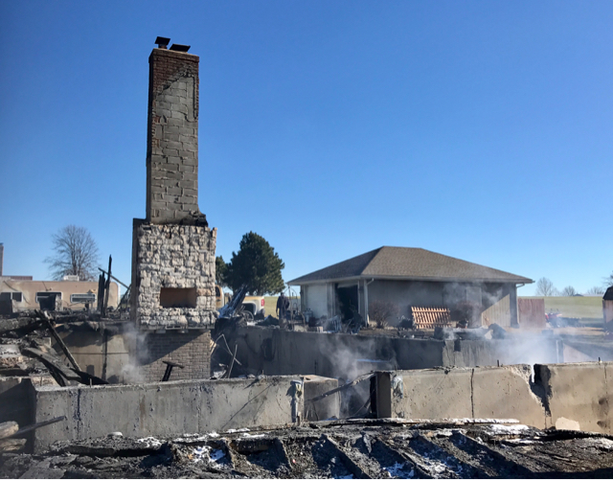 Cline said all signs point to an unfortunate accident.

"He had a turkey fryer and a charcoal grill on the deck, and he had lit both of them and then, at the time of the fire, he was on the other end of his property doing some mowing," said Cline.

The homeowner noticed the smoke, but by the time he made it back to the house it was already engulfed in flames.

Cline said this is worst case scenario. He also wanted to remind people that Clay County is under a burn ban, and it only takes a small ember to create a tragedy.

"It is incredibly dry right now. The grasses are dry but also that affects wood decking, siding on the house and so forth that are easy to light," said Cline.

Cline said the father and son who lived in the home are being assisted by The Red Cross. They also have family in the area to stay with.