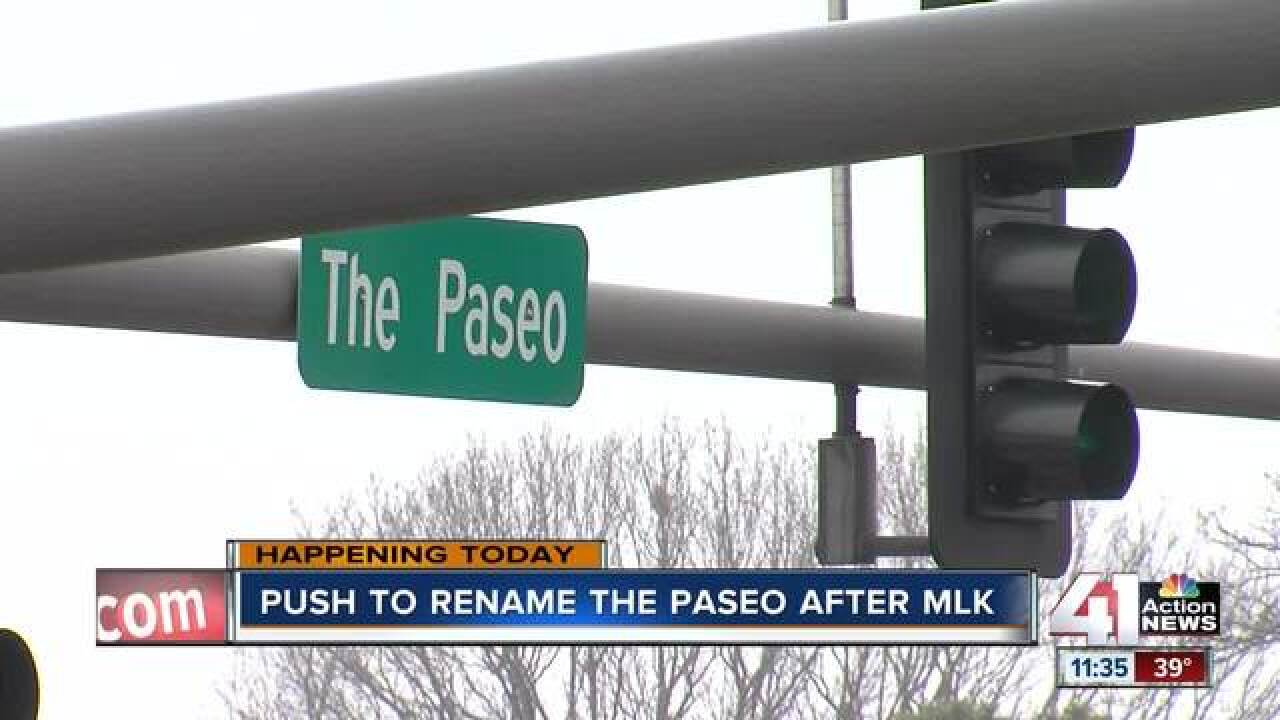 KANSAS CITY, Mo. — There is a growing push in Kansas City to rename The Paseo after Martin Luther King Jr.

If you look around town, you can see murals of King, and there is even a park named after him, thanks to a 1970s effort by Congressman Emanuel Cleaver II.

But according to Cleaver, Kansas City is the only city with a population greater than 12,000 without a street named after the civil rights leader.

Friday at 1 p.m., Mayor Sly James will introduce a committee whose goal will be to recommend a King designation in the city.

41 Action News talked to people in town and discovered they had mixed views on the possibility of renaming The Paseo.

"The Paseo should stay the same. They could find a new block to do it on, instead of renaming it. It’s been The Paseo all these years, it’s no use to changing the name," Carl Garrett said.

"I don’t really care what street, but they should have a street named after Martin Luther King Jr. Most cities have one, and he is well-deserved of that compliment," Tom Scott said.

"I honestly don’t think it would matter either way. We would still drive down The Paseo or Martin Luther King Boulevard just the same, so," said Abigail  Houp.

In commemoration of the 50th anniversary of Martin Luther King Jr.’s assassination and the civil unrest in Kansas City in the days that followed, 41 Action News has partnered with KCPT to bring you ’68: The Kansas City Race Riots, Then and Now. Read more here, and tune in at 6:30 p.m. on Monday, April 9 to see the special report. Watch on KCPT at 8 p.m. to see a panel discussion including Mayor Sly James, Congressman Emanuel Cleaver II, former city councilman and community activist Alvin Brooks and others.