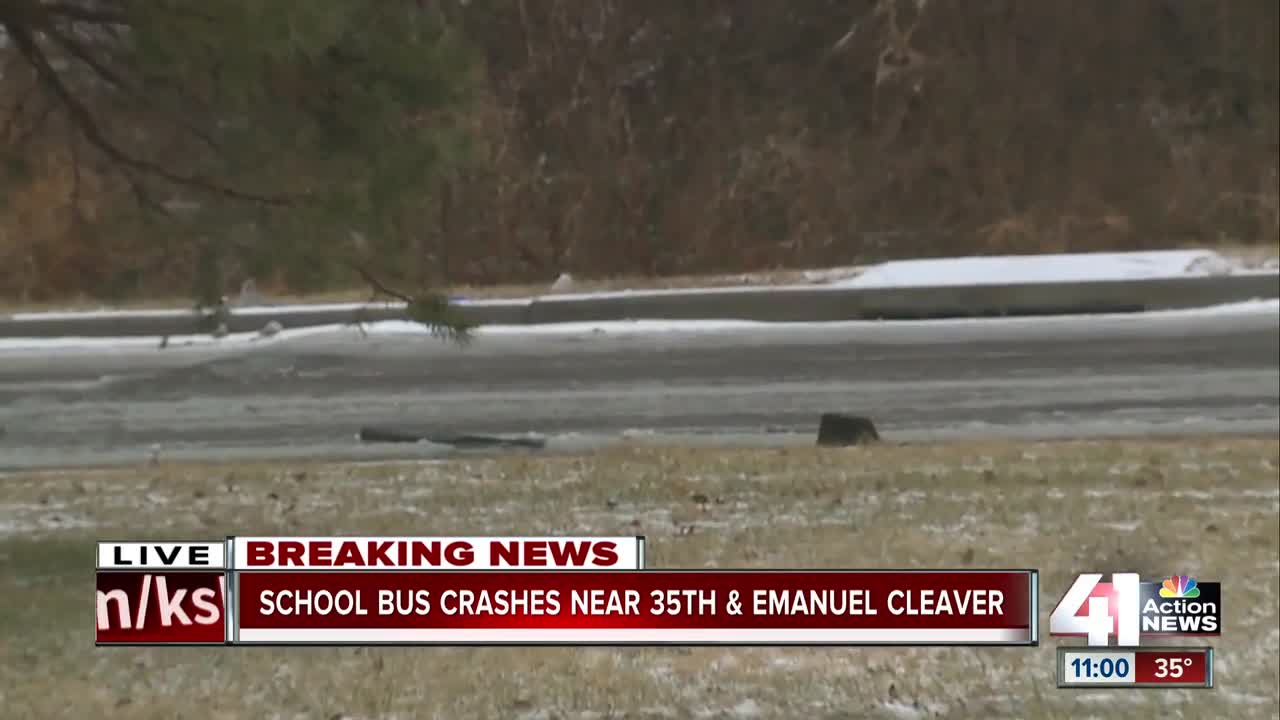 A school bus slid on the road and was blocking the intersection at 35th Street and Cleaver II Boulevard on Wednesday morning as wet, heavy snow fell in the metro. 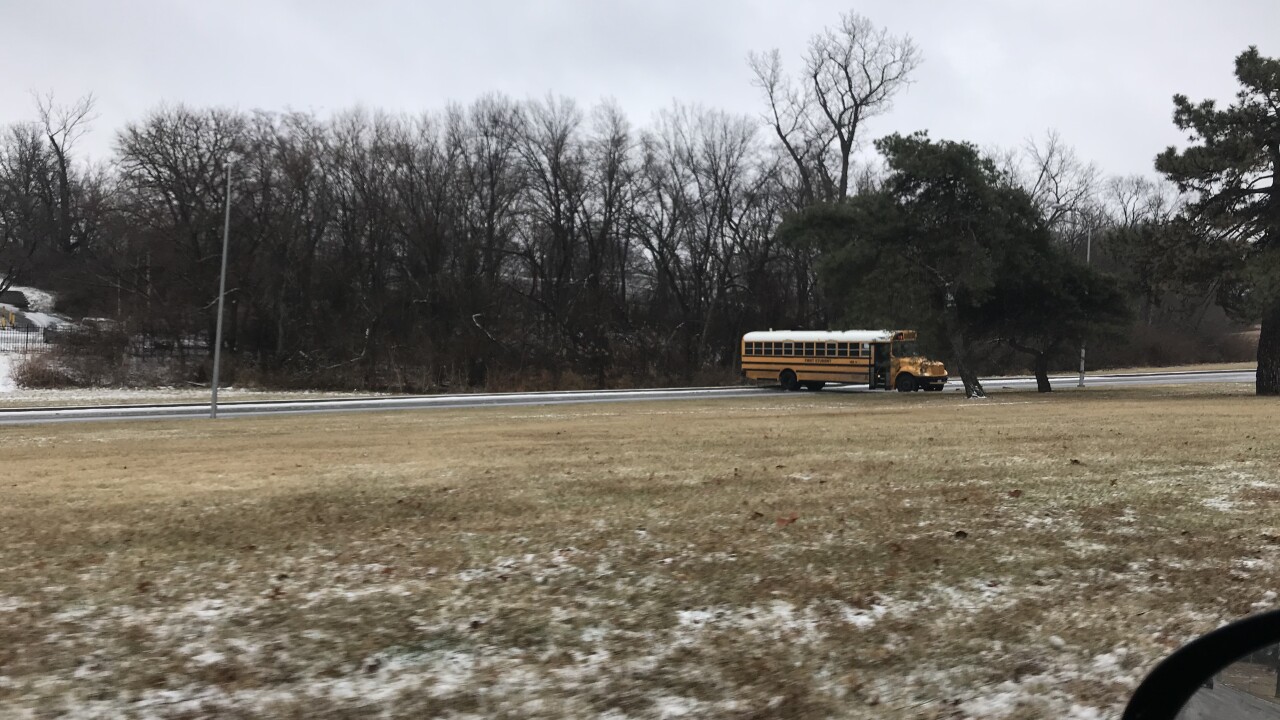 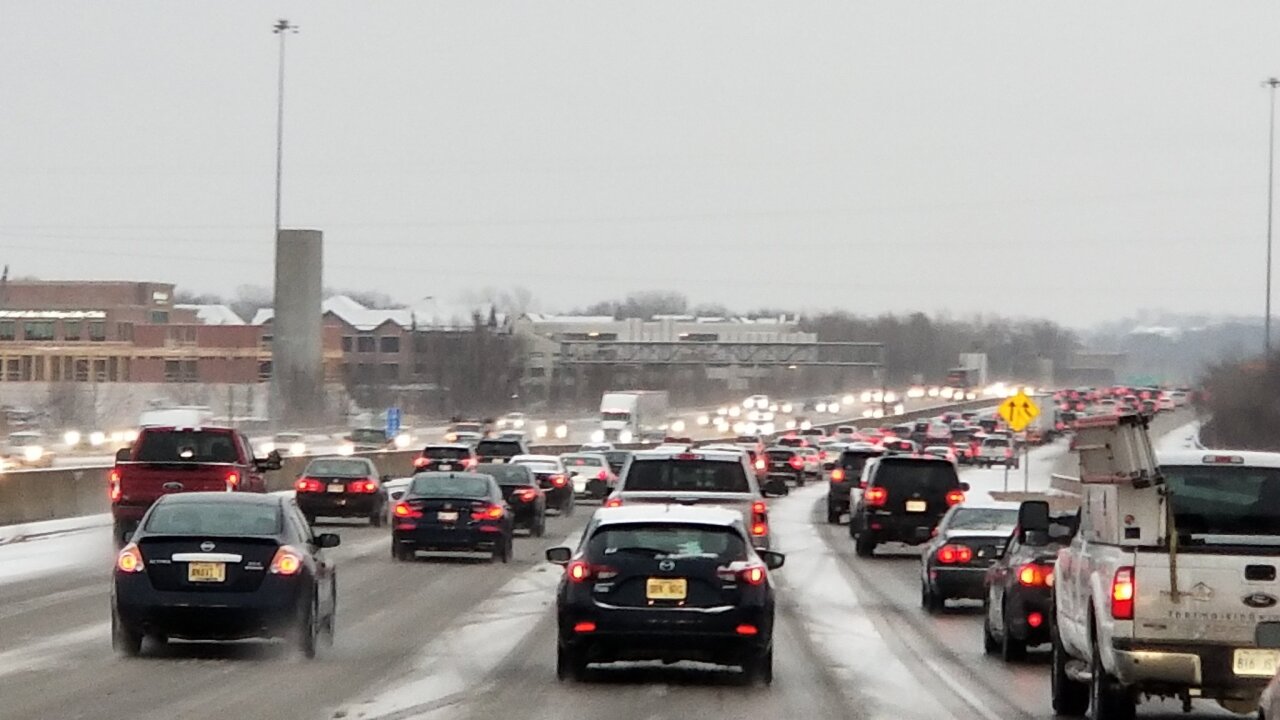 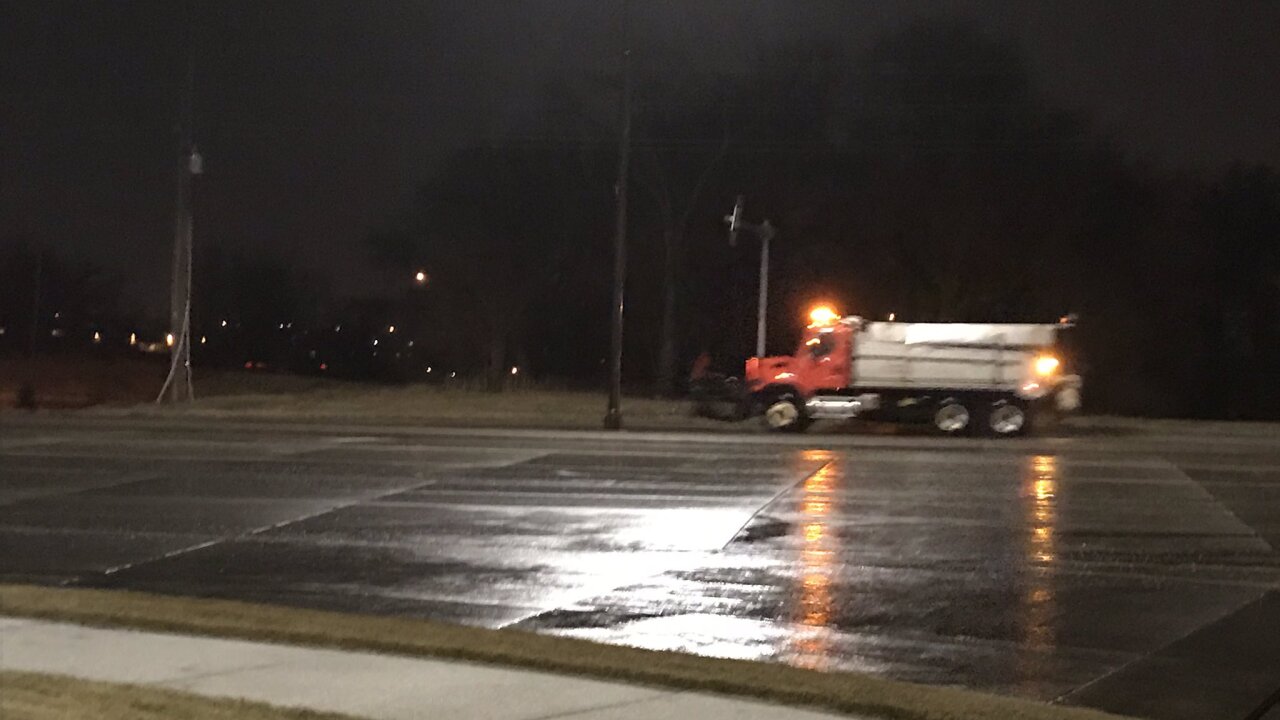 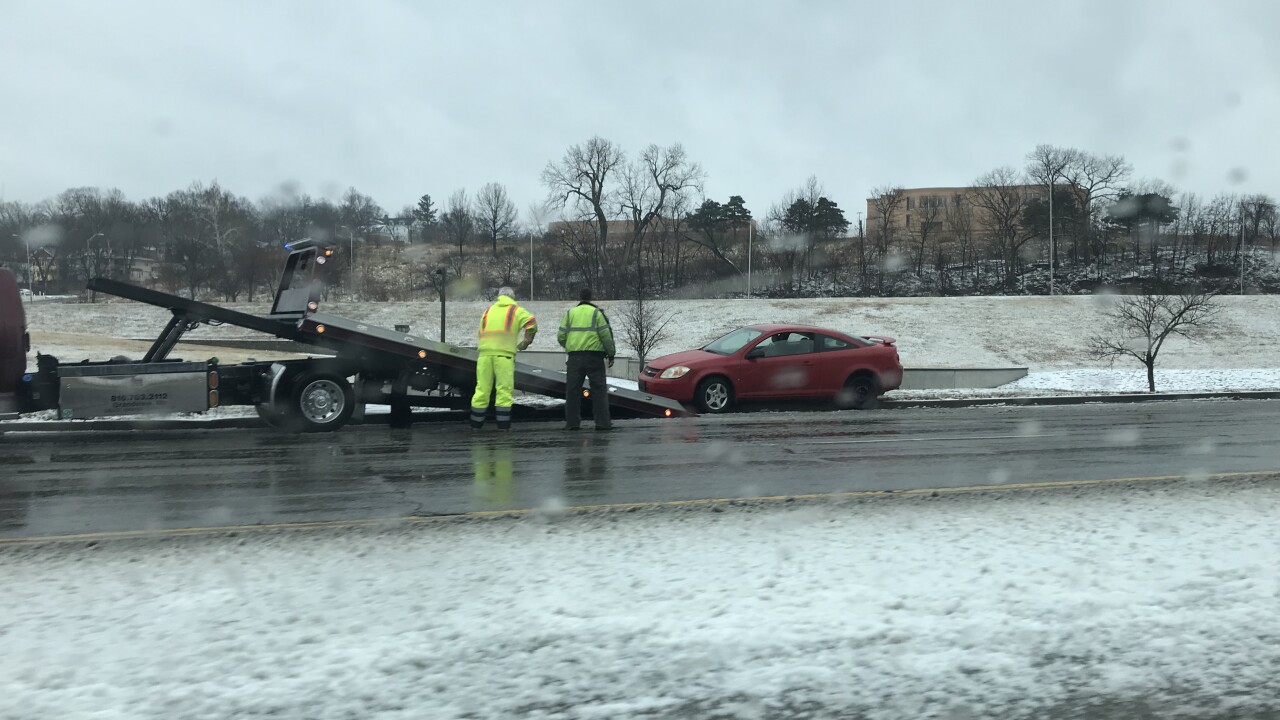 KANSAS CITY, Mo. — Snow began to fall in the Kansas City metro around 5 a.m. Wednesday, sticking to roadways and causing some issues for the morning commute.

The metro was expected to see up to 1 inch of snow by the morning commute, and snow and rain will continue throughout the day.

Shortly after 10 a.m., a school bus slid on a slick road near East 35th Street and Cleaver II Boulevard and turned sideways, blocking the intersection and creating a backup. The bus driver said that the bus kept sliding because the road was "like a sheet of ice."

The driver said she was OK, and it did not appear that any children were on the bus at the time, according to 41 Action News reporter Rae Daniel.

A bus also slid on a slick roadway in Belton on Wednesday morning. A viewer sent 41 Action News a photo of the bus turned sideways on the road.

Slick spots were possible on the roads, so drivers were urged keep an eye on road conditions. Several crashes started springing up around 7 a.m., though all appeared minor and didn't appear to have a heavy impact on traffic flow.

Kansas City, Missouri, officials said that as of 8 a.m., they were focusing on bridges and hills while monitoring conditions. If necessary, crews planned to treat residential streets later on Wednesday.

We’ve already seen @KansasCityKDOT on the move this morning treating the roads. The snow is starting to fall in the @cityoflenexa and @opcares areas.

As of 5 a.m., a few rural schools had canceled classes for the day in preparation for the winter weather.

Kansas City, Missouri, Public Schools said its buses were running on a delay during the morning routes.

Due to the present conditions, we are experiencing a high volume of bus delays up to 30 minutes. Don't wait in the cold! Track your school bus with the SafeStop App! Download now by clicking here https://t.co/e85zdNUQPO pic.twitter.com/74hubrpHqj

In Overland Park, police were requesting that drivers involved in non-injury crashes walk their accident reports in at a later date.

Crews are closely monitoring temperatures and the forecast today and through the rest of the week. This morning, crews will treat bridges and hills on major roadways until freezing turns to rain later today.
Stay updated on #Snow operations at https://t.co/5MVaPtN7vZ. #KCMO

Much of the area is under a Winter Weather Advisory until noon on Wednesday.

After Wednesday, additional snow accumulations were expected Thursday into Friday as a seond, possibly stronger storm, moves into the metro.

For the latest radar and forecast information, click here.

This story will be updated with ongoing winter weather information.