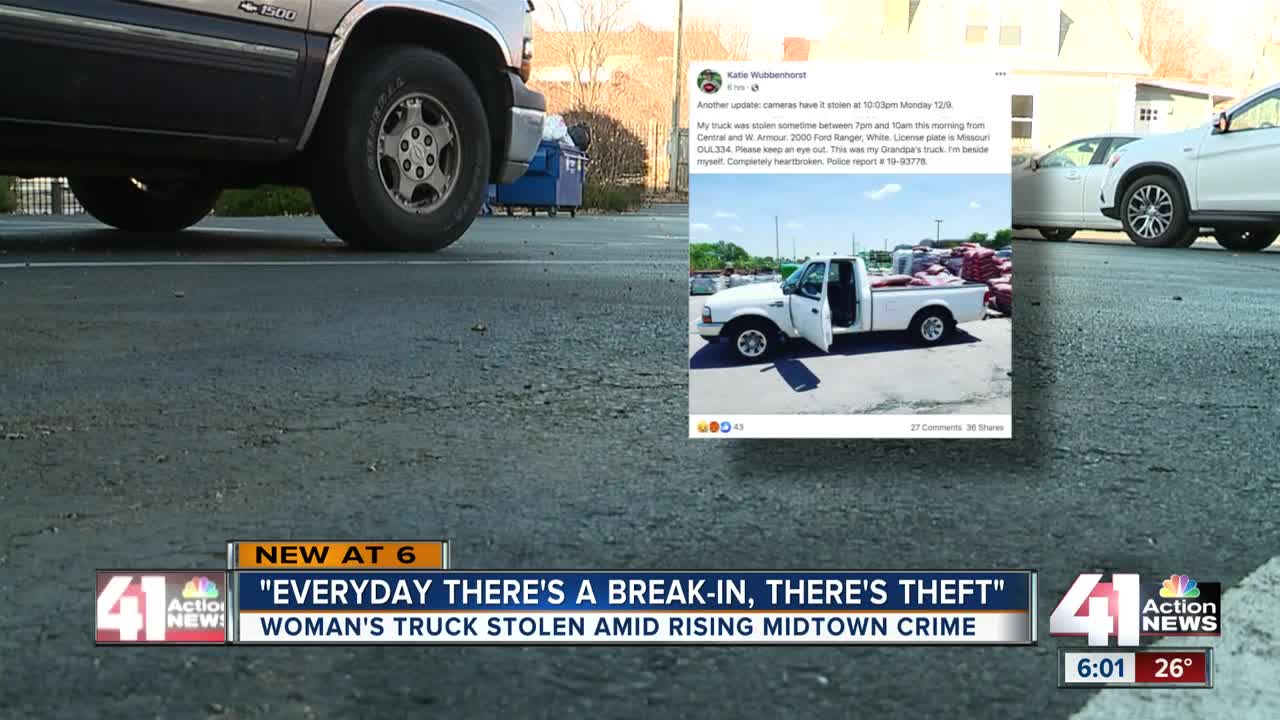 Katie Wubbenhorst, who lives in Midtown Kansas City, says her truck was stolen from her apartment parking lot overnight. The truck was passed down from her late grandparents and had sentimental items inside. 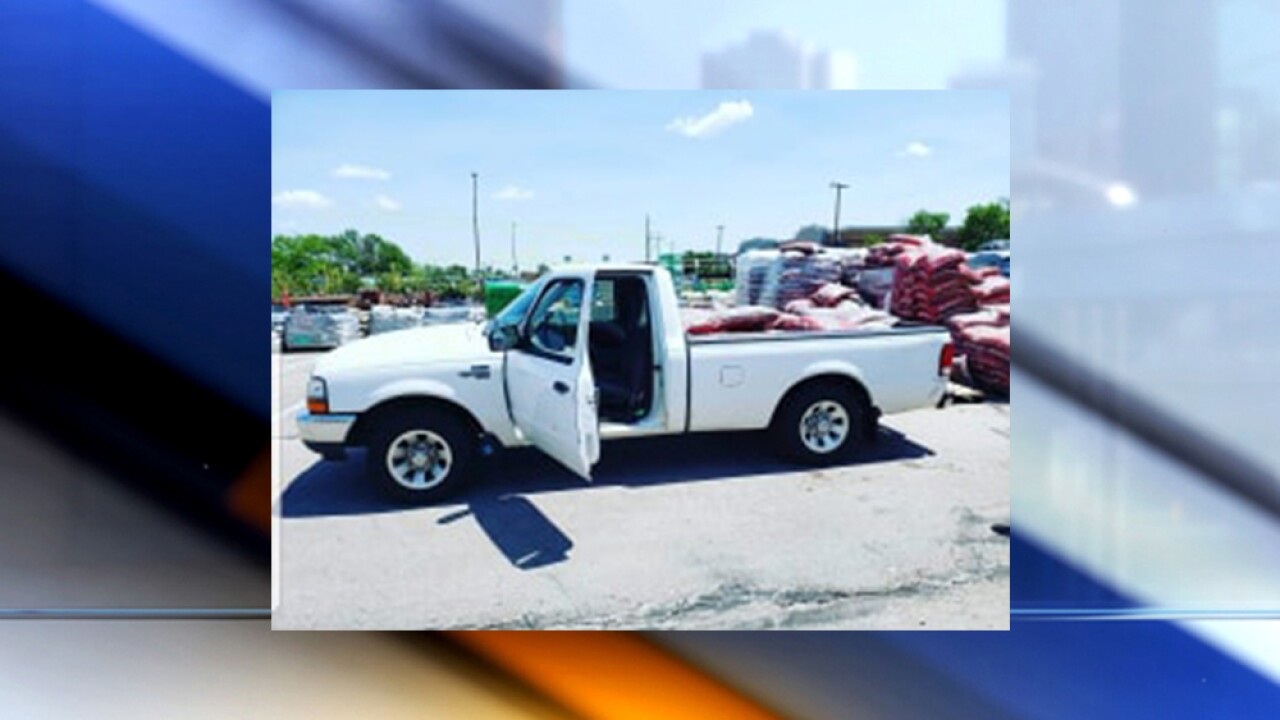 KANSAS CITY, Mo. — A Midtown Kansas City woman woke up Tuesday morning to find one of her most prized possessions gone.

Katie Wubbenhorst says she's fed up with crime in and around her neighborhood. Overnight, her truck was stolen from her apartment parking lot near 300 West Armour Boulevard. Wubbenhorst said the truck was passed down from her late grandparents, whom she cared for.

"My friends and family lovingly tease me regularly about when are you going to get a new truck or a new car, and they know the answer is not until I have to," Wubbenhorst said.

The truck has sentimental items inside that can't be replaced, Wubbenhorst said.

"I had a rosary of my grandmothers and I had some prayer cards of friends that I like to keep with me, and there was a small heart-shaped pillow that my grandmother made for my grandpa that he had in his truck, even when I was really little," she said. "I've always kept that in the truck with me."

Wubbenhorst said she believes crime has increased in her neighborhood over the years. According to the Kansas City Police Department crime map, in the last month, there have been more than 30 property crimes in a five-mile radius from her apartment. Of those crimes, 10 have been vehicle thefts.

Wubbenhorst said her truck was parked in a gated lot, and she remembers locking the doors. She's hopeful to find her truck in any condition but said she isn't holding her breath.

"That violation that somebody took something ... I wasn't going to have it forever, I was going to do whatever I could to keep it but it was taken from me before," Wubbenhorst said. "I didn't get to make that decision."

Wubbenhorst said she has filed a police report with KCPD.