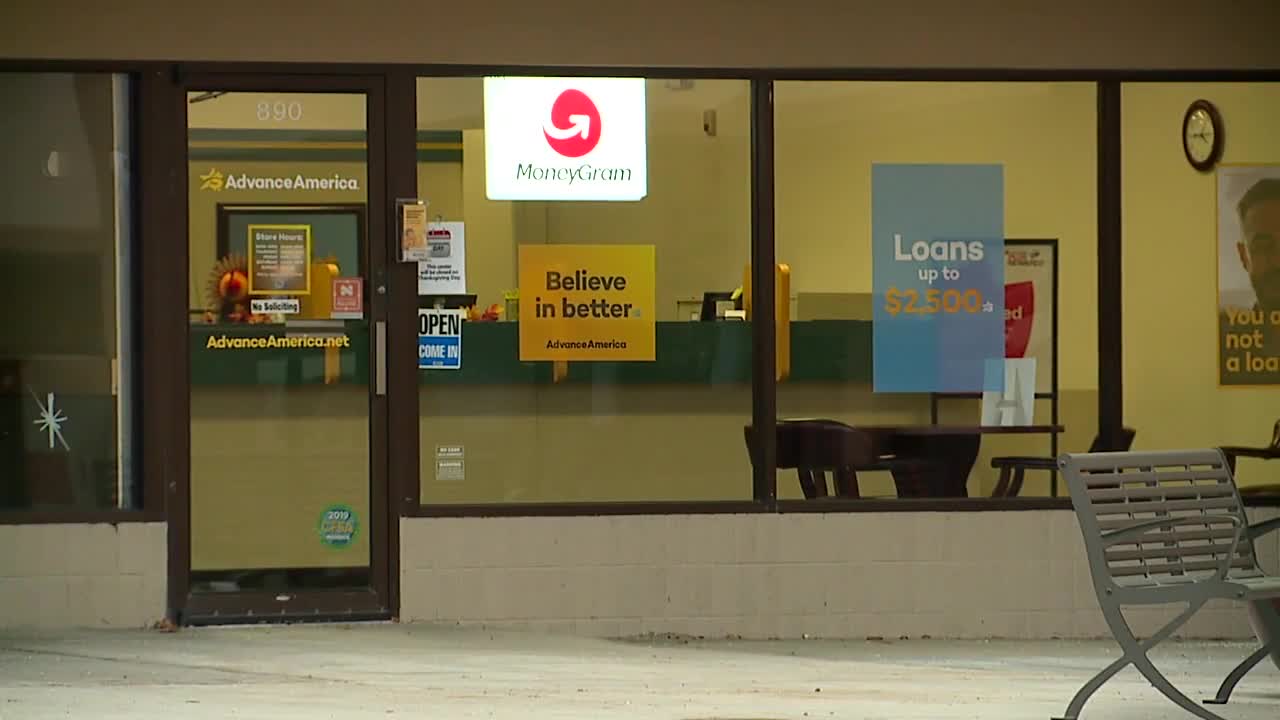 More programs are popping up in the metro to help people get out of their payday loans and move forward. 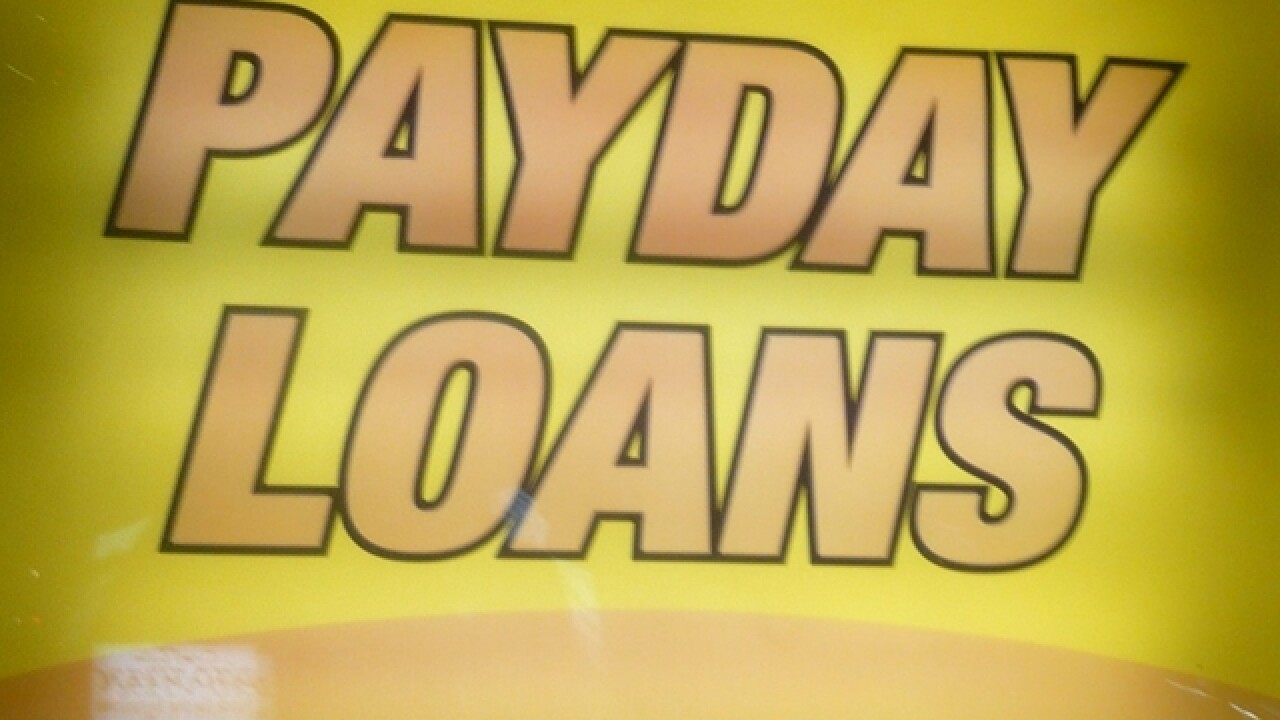 KANSAS CITY, Mo. — Rebecca Devereux-Wells has had many high points in her life.

But with that came the lows.

"[I] got injured in a car accident and then another one on the job,” she said. “I had to go on disability. You go from making two grand every two weeks to what disability pays, it's not much.”

It was a low that almost drove her beyond her breaking point.

"I took out the loan, the title loan, and got trapped," Devereux-Wells said.

It was a blur signing the papers at the title loan business, she said, leveraging her car for $1,200 to get by.

She paid $230 monthly, but it soon got so out of control she barely covered the interest.

"You get discouraged,” Devereux-Wells said. “You get down. And you start to figure, there really isn't a way out of it. You're just going to be paying forever until they take your car.”

She kept her car, but the burden was becoming too much.

The debt trap
Thousands of people have been sucked into what's called the "debt trap," paying outrageous interest rates on payday or title loans.

Hundreds of payday lending businesses dot the metro with many making their way into low-income parts of town.

Neither Missouri nor Kansas have caps on interest rates. As the interest climbs, oftentimes to 500 percent or more, people lose their cars, ruin their credit and file for bankruptcy.

Currently, at least 16 states limit interest rates to 36 percent or less. But those in Texas could pay an interest rate as high as 660 percent.

According to the Consumer Financial Protection Bureau, more than 80 percent of payday loans are "rolled over" or renewed. This results in borrowers paying more fees than they initially borrowed.

People also can receive payday loans online, but critics have noticed they don't have the same standards as brick-and-mortar storefronts do. One online loan company based overseas had an interest rate of 1,000 percent.

"I've never had anyone say, 'Oh, that was the best thing that's ever happened to me,' said Garland Land, a key figure in the community working to stop predatory lending. “They always say, 'That was the worst decision I've ever made in my life.’”

Land works with Holy Rosary Credit Union and the Community Services League in Independence on a special program.

"Over the last four or five years, we have given out over $900,000 of loans to low-income families who were caught in that debt trap before," Land said.

Devereux-Wells is one of the 400 people they've helped.

"I'd recommend it to anyone," she said.

Holy Rosary Credit Union pays off the payday loan, then gives the person a new loan with an interest rate of 14 percent.

"When I talk to them about that then I just see the weight come off their shoulders,” Land said. “And, oftentimes, they just want to hug me, and I want to hug them.”

The program has a low default rate of 7 percent. Land said that's a success, considering most people in the program have credit scores less than 500.

Holy Rosary has enough funding to make the loans, while donors and churches provide the additional dollars to cover the defaults.

These types of services are popping up more and more in the metro.

Catholic Charities of Northeast Kansas started their program, the Kansas Loan Pool Project, four years ago. They started noticing that when people approached them for emergency assistance, many times they were in a bind because they had taken out a payday or title loan.

Amelia Reyes, senior director of asset development for Catholic Charities of Northeast Kansas, said most of the family support centers have wait lists for its loan program.

Catholic Charities does the same as Holy Rosary, but with an interest rate of 6.75 percent.

Catholic Charities can't finance anything more than $1,500. A person must to have traceable income and agree to meet with a case manager.

"They do not have good credit, or some of them don't have any credit, so they weren't able to get approved for a traditional loan,” Reyes said. “So this is a way the program helps them build credit too.”

Catholic Charities works with a handful of banking organizations that are willing to take on a high-risk loan.

Over the past four years, they've noticed 63 percent of people are below the poverty line, and around 100 of the 250 people enrolled are on Social Security or disability. Overall, 112 people have completed the program.

"We don't want to set up folks for failure either, to where they're going to default on the loan," Reyes said.

Power of the people
Programs like the ones that have started in Kansas City try to set people up for success, where they said payday lenders fail.

Land holds a class every Wednesday at the Community Services League that teaches people how to live on a small income. Time and again, at least one person in the class says they have taken out a payday loan.

"What we have realized is the only way we can fight this industry is to do it locally," Land said.

Three years ago, Land and other activists worked with the Independence City Council to change the ordinance on predatory lending companies.

It allows only one business per 15,000 residents. There were 32 at the time, and now that number is dwindling.

"Over time, we have limited them just by them going out of business,” Land said, “and they cannot come back into business because by ordinance, we can only have eight in the city.”

In November, Liberty voters decided to limit payday loan companies to one per 15,000 residents, so about two companies total. Right now, there are around seven.

Now, payday lending companies will have to pay $5,000 instead of $50 to renew their license every year.

"We looked at both Independence and St. Louis and we took some of their language and made the toughest measures from both initiatives into ours,” said Abby Zavos with the Northland Justice Coalition. “So it's one of the most restrictive measures in Missouri."

Blue Springs residents voted to change its ordinance to limit these companies to one per 12,000 residents, where before it was one per 4,500 residents. There currently are nine payday storefronts.

"That's their whole M.O. is to prey on vulnerable people to mislead them," Zavos said. "And then that money goes to the corporation. It doesn't get invested back into the community."

The community stepping up to start these programs is all for people like Devereux-Wells, who is now paying off her loan with no issues.

"My credit rating is going up thanks to them,” Devereux-Wells said. “Yeah, it's just been fantastic."

She plans to pay off her loan by next winter and move on with her life.

"When you feel so downtrodden, there's no way out,” she said. “It changes you as a person. You start to see the world in a different way and no one should have to live like that.”