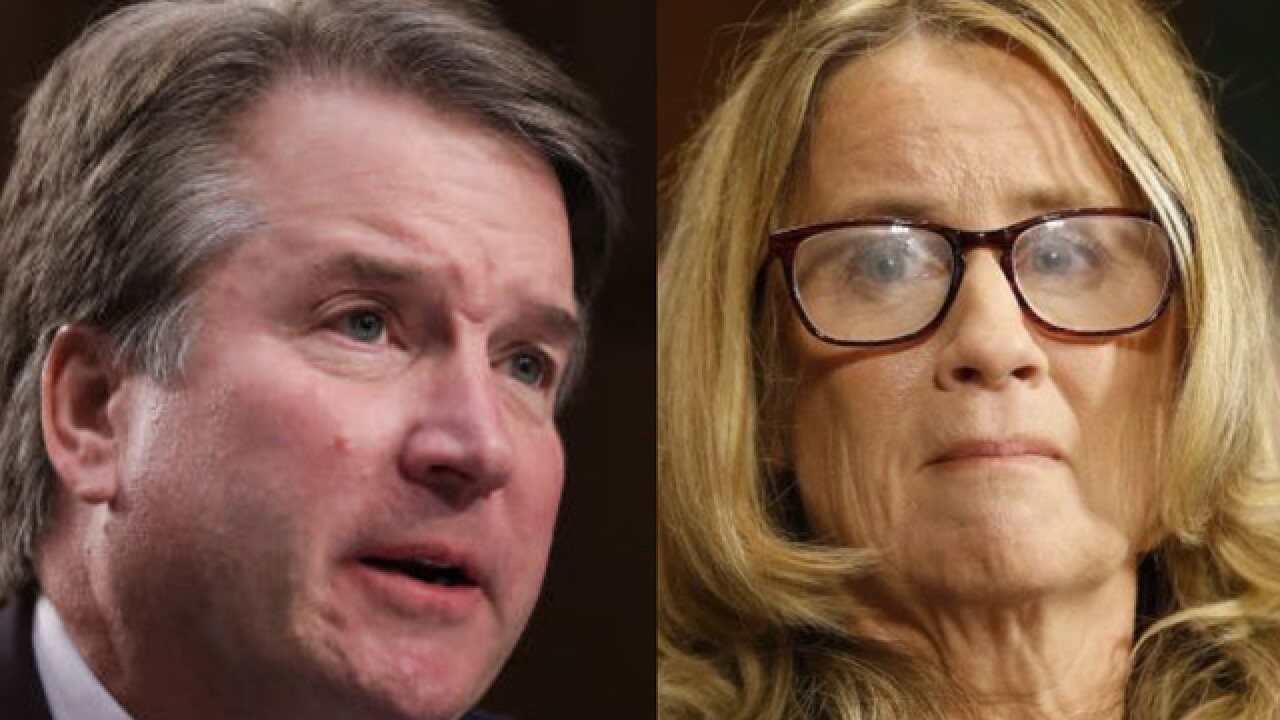 ST. CHARLES, Mo. (AP) — Senators from Missouri and Kansas weighed in after an intense day of testimony from Supreme Court nominee Judge Brett Kavanaugh and Christine Blasey Ford, the woman accusing him of sexual assault.

Ford on Thursday testified and answered questions about her allegation that Kavanaugh sexually assaulted her when they were teenagers. He denies the allegation.

McCaskill said in a statement that the claims should be investigated by the Judiciary Committee and FBI before the Senate moves forward with Kavanaugh's nomination.

But McCaskill repeated that her decision to vote against Kavanaugh is based on his opinions on dark money.

McCaskill is among 10 Senate Democrats up for re-election in November in states won by President Donald Trump. She faces Republican challenger Josh Hawley, who described the hearing as a "circus."

At a campaign event in St. Charles, Hawley told reporters he had only seen snippets of the Senate hearing. But he said Democrats have "launched an ambush on a good man."

He accused Democrats of trying to delay the nomination process until after the mid-term election in hopes of gaining control of the Senate.

Hawley also said he has no reason to doubt the sincerity of Ford. But he said the Senate should move forward if there's no evidence.

Kansas Republican Sen. Jerry Moran said that he would vote to confirm Kavanaugh to the Supreme Court.

"As I stated after meeting with Judge Kavanaugh in August, he is a well-qualified nominee with a deep respect for the Constitution, and I still believe that to be true," Moran tweeted late Thursday evening. "His intellect and extensive experience in the legal field will serve the Supreme Court well. I will vote to confirm Judge Kavanaugh as Justice Kavanaugh."

The Senate could vote on Kavanaugh's nomination as early as Tuesday.