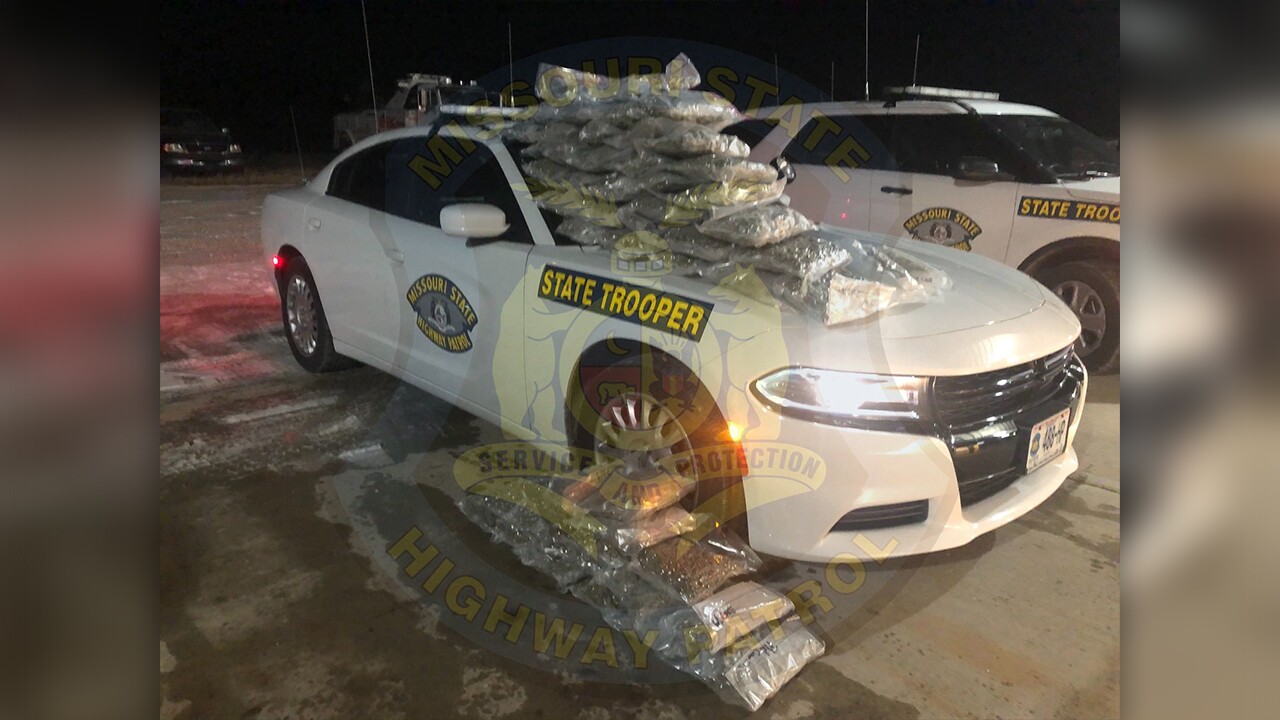 MSHP spokesman Sgt. Bill Lowe said troopers were called to the scene of the non-injury crash around 4:00 a.m.

It happened on Interstate 70 near mile-marker 51 in Lafayette County.

Lowe said the driver fled the scene but was found nearby.

"Hmmmm.....wonder why the driver left the scene of the crash we investigated??" Troop A joked in a tweet.

Troop A also included a picture of the seized drugs piled on a patrol car in the tweet.

Hmmmm.....wonder why the driver left the scene of the crash we investigated?? 🤔🤔 pic.twitter.com/lvEDHpQQSR