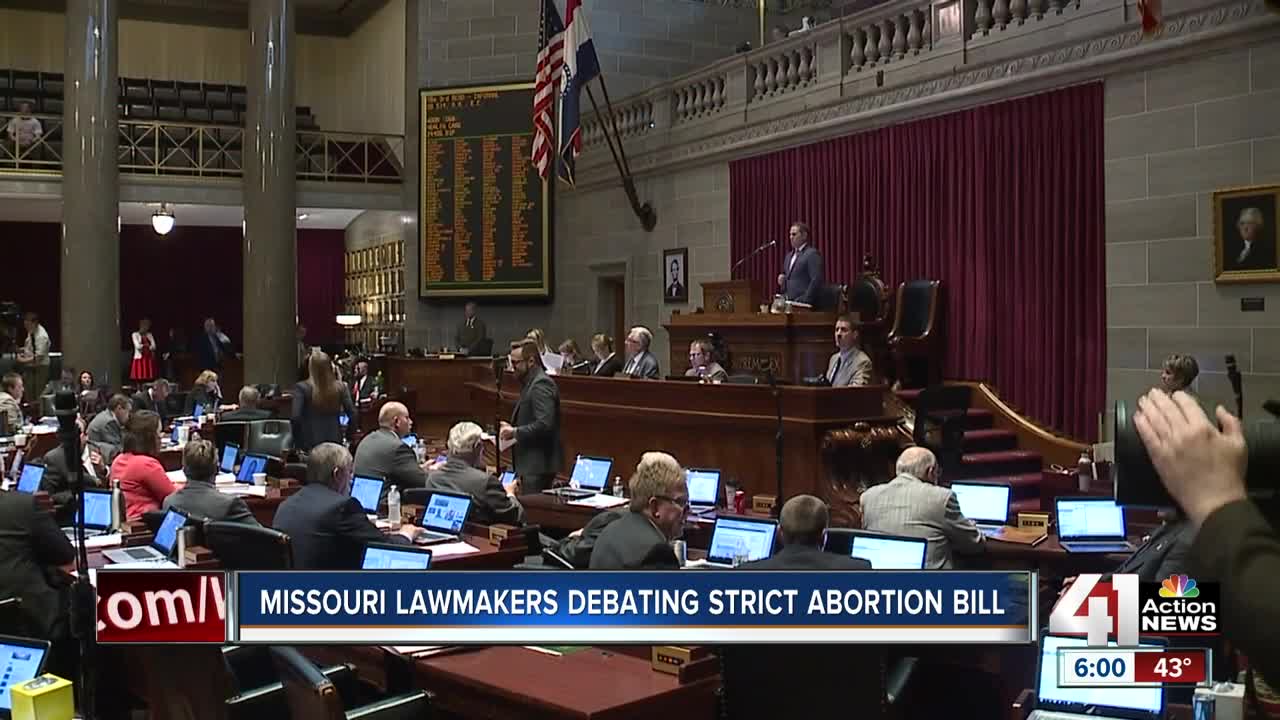 Missouri's Republican-led Senate has passed a bill to ban abortions at eight weeks of pregnancy.

Senators approved the legislation 24-10 with just hours left before a Friday deadline to pass bills. The bill needs at least another vote of approval in the GOP-led House before it can go to Republican Gov. Mike Parson.

Late Thursday afternoon, the House had not yet voted on the bill.

"I think they know this bill goes too far," Rep. Greg Razer, D-Kansas City, told 41 Action News. "They are going to vote for it; it is going to pass. But they know this isn't right."

Razer said the Legislature should be focused on other issues, such as funding for roads and bridges, rather than abortion.

"There are so many things we could be talking about, nuts and bolts to civil rights issues," he said. "Instead we are talking about how to force a 13-year-old girl to go back into a dark alley."

The bill only allows exceptions in cases of medical emergencies, not rape or incest. Doctors who perform abortions after eight weeks of pregnancy would face five to 15 years in prison.

Parson, a Republican, has voiced support of the bill and is expected to sign it if it reaches his desk.

"From my perspective it is saving lives," Richey said. "You have human life the that is distant from the mother having its own DNA. It is human life that we are looking to save."

The Missouri bill comes as abortion opponents across the U.S. push for new restrictions in hopes that the more conservative U.S. Supreme Court will overturn its landmark Roe v. Wade ruling legalizing abortion.

M'Evie Mead, director of policy and organizing for Planned Parenthood Advocates in Missouri issued the following statement in response:

"Politicians are putting the health and lives of Missouri women at risk in their race to make our state the one that overturns Roe v. Wade at the Supreme Court. These bans on safe, legal abortion will have real costs — expensive legal costs and human costs for the women and families who need reproductive health care."

Kentucky, Mississippi, Ohio and Georgia have approved bans on abortion once a fetal heartbeat is detected, which can occur in about the sixth week of pregnancy. Alabama's governor signed a near-total abortion ban Wednesday.

The Associated Press contributed to this report.
—