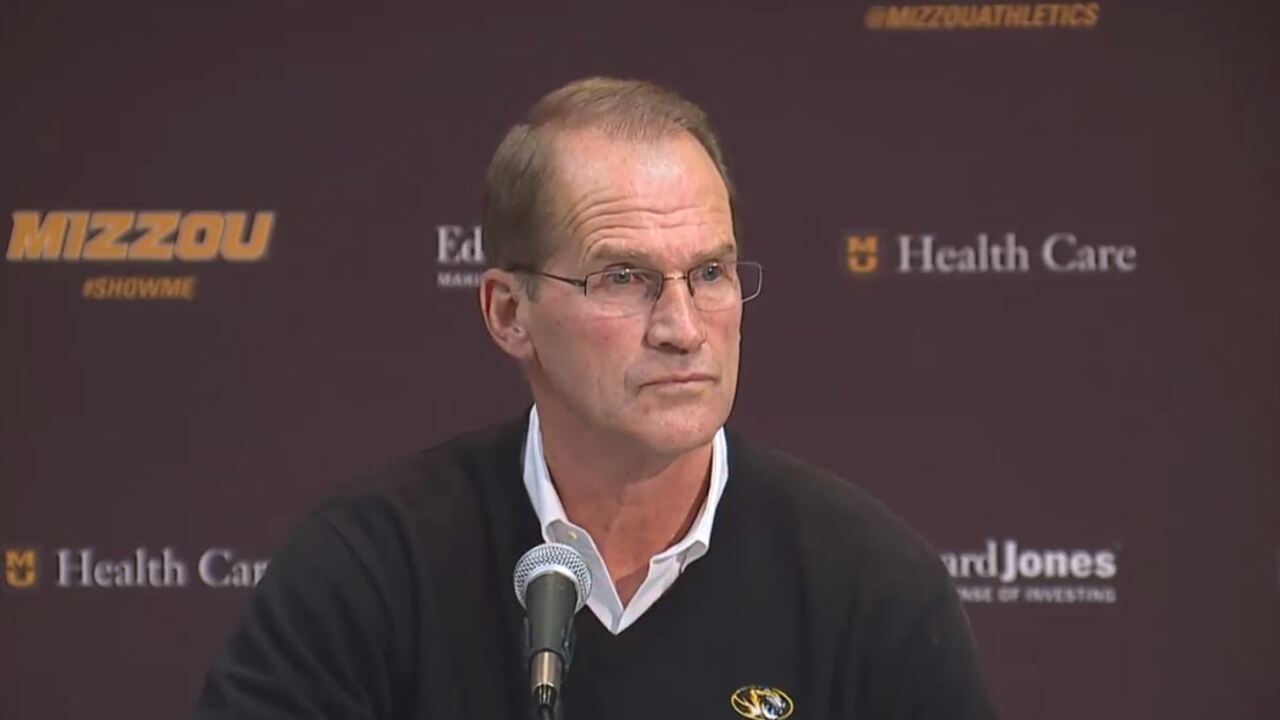 Sterk held a press conference Saturday, hours after Mizzou announced Odom’s firing. Sterk said the decision to relieve Odom from his duties as head coach was one that was needed to get the football team back on track.

“We really appreciate his dedication to the university, but we are moving forward and moving the program forward," Sterk said. "We will have a short time here and I think people will get excited about what we are doing moving forward."

Mizzou finished the 2019 season 6-6 with a 24-14 win over Arkansas in the season finale. Following the win in Fayetteville, Arkansas, fans said they were surprised by the news.

After spending nearly a total of 20 years with the Tigers, Odom was hired as the head coach in 2015, replacing Gary Pinkel after Pinkel announced his retirement.

Odom had a 25-25 on-field record for the four seasons he coached the Tigers.

Over the years, Sterk said, the ticket sales have dropped and the school is looking to get fans back in the stands as Mizzou Football is the school's largest revenue source.

At the conference, Sterk said that the university has the resources to “always compete in the post season,” but needs a coach to do that for them. The goal, he said, is to find a coach that can get the team in the top 25 and keep them there.

"Someone that brings a lot of energy and experience to the program, a leader," Sterk said. "Quality individual that has had success in leading a program or as a coordinator at a high level."

There will be a small search committee, according to Sterk, to fill the vacancy, and officials expect to have a better idea of who the head coach will be in the next couple of weeks.

"We are striving to be in the top 25 consistently there and so I think it gets people excited. I know we are going to have a lot of interest," Sterk said.

Not knowing what the future holds, fans said it brings a sense of excitement back to the team.

“I think it’s exciting personally," Justin Watson said. "You know you never know what the futures going to hold, were good football fans here at Mizzou, we want to win, we want to be ranked, we want to play in bowl games."