MO Gov. Parson urges leaders to 'get behind law enforcement' 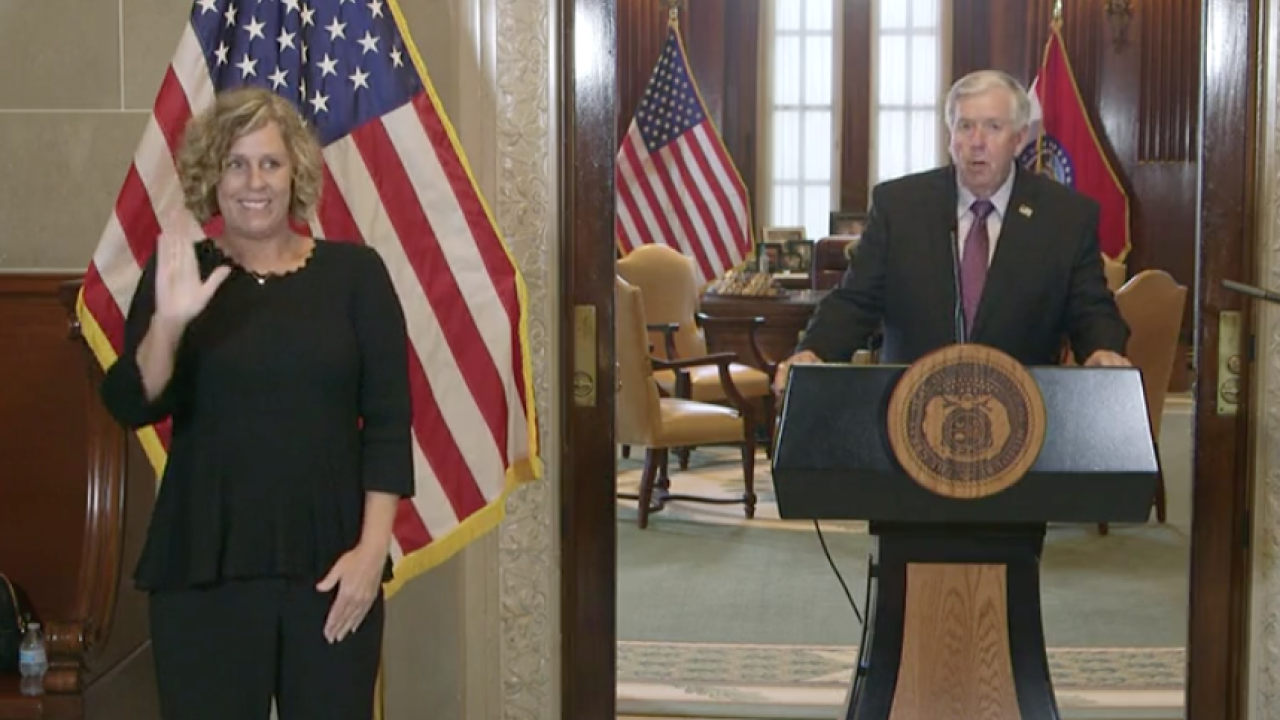 Gov. Mike Parson/Facebook
Now is the time to “stand up and support” law enforcement, according to Missouri Gov. Mike Parson, who recently visited family of the Kansas City, Missouri, police officer who was critically injured last week in the line of duty.

KANSAS CITY, Mo. — Now is the time to “stand up and support” law enforcement, according to Missouri Gov. Mike Parson, who recently visited the family of the Kansas City, Missouri, police officer who was critically injured last week in the line of duty.

“You could truly see the concern, fear,” Parson said of the officer’s family and coworkers, "concern for their husbands that are out there wearing those uniforms every day.”

The officer, who has not been identified, was shot in the head on Thursday while responding to a disturbance in the area of East 31st Street and Van Brunt Boulevard.

Parson also said during a press briefing on Monday that people need to “understand the sacrifices that law enforcement officers make every day.”

Officers, according to Parson, also need to have the “tools” to fight violent criminals.

“There’s a huge difference between peaceful protesters and criminals,” Parson said, referencing Black Lives Matter protests that reemerged in the aftermath of George Floyd’s death in Minneapolis. “They’re making criminal actions across the state, and we need to make sure we separate the two. When they do violent acts, when they do criminal acts under the name of a protest, it needs to stop.”

The governor called on mayors, city leaders and himself to “get behind law enforcement.”

“There’s a time to address issues, and there’s a way to do that,” Parson said. “Our system’s set up to do that … but you don't get to be a handful of people and take the law into your own hands and decide what offends a few of the democracy. The protest is about democracy, to be right honest about it.”

“I would ask that our senators and representatives vote on legislation to enhance witness protection funding in Missouri and address how we can provide more tools for law enforcement and prosecutors to interrupt conspiracies to commit murder and and other violent acts, particularly offenses committed by felons using deadly weapons,” Lucas said in the letter.

Lucas' letter came two weeks after the Missouri Legislative Black Caucus sent a letter to Parson calling for a special to address police reform in the state.

Legislation proposed last year, in cooperation with the Black community, clergy, civic leaders and mayors, to help fight crime was not passed, according to Parson.

“I was very disappointed that getting done, because it was really tools that could help in situations as we see today,” he said. “We're going to do everything we can to make sure we get that legislation done.”

However, Parson did announce during the briefing that he signed Senate Bill 600, which “independently criminalizes an agreement to commit a criminal offense.”

He said the bill has “provisions to help address violent crime, including no probation for certain violent offenses, vehicle hijacking, criminalizing the use of force to steal a vehicle, increasing the range of punishment for unlawful possession of a firearm and reduce barriers to bring criminal gang members to justice.”