MoDOT and KDOT are raise awareness about working along highways 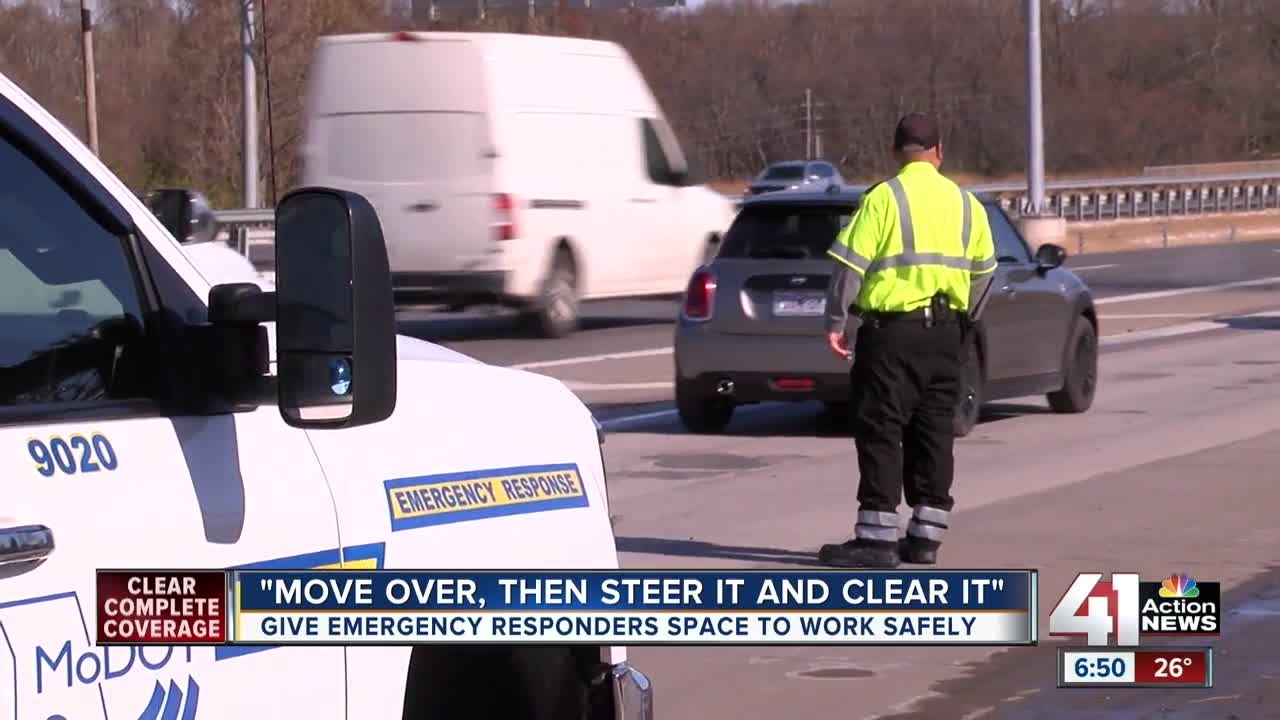 Emergency responders discuss road safety and how to keep the workers safe. 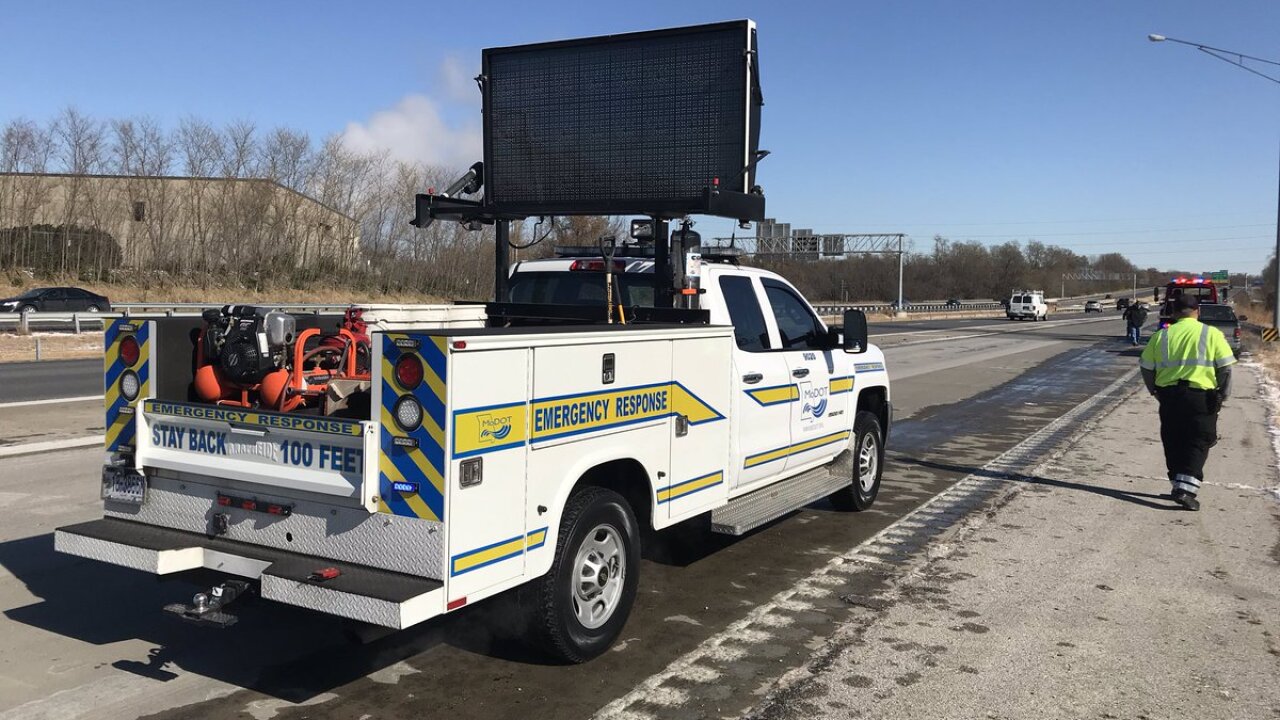 KANSAS CITY, Mo. — When Hector Ortiz goes to work, he wonders about the what-ifs.

What if he had gotten out of his car a minute earlier the day a driver slammed into the exact spot where he was going to grab cones? What if a different driver wasn't in such a rush when they crashed into his car along the side of a highway?

Ortiz is an emergency response operator for the Missouri Department of Transportation.

He spends an eight-hour shift roaming the highways around Kansas City. On any given day he can respond to anywhere from eight to 40 incidents. Those incidents range from picking up debris, blocking lanes for a tow truck, or helping someone change a flat tire.

In the two years he's done the job, people have crashed into his truck three times. Each time, his car had lights with arrows telling drivers to move over and he was buckled up in the driver's seat.

"Our trucks are lit up like a Christmas tree, you even got a message board that pulls up. What more can we do to alert motorists? That's really why it frustrates me more than anything. It's scary, it, at times, feels overwhelming," Ortiz said.

Luckily, he's never had a serious injury from one of the crashes. But in the past 15 years, two MoDOT employees in the Kansas City area died when someone hit them while they were working on the side of the road.

This week is National Traffic Incident Response Awareness Week. Agencies like MoDOT, the Kansas Department of Transportation, Kansas City Scout and highway patrols are highlighting the dangers of their jobs and how drivers can make situations safer for the people helping them.

Both Kansas and Missouri have laws requiring drivers to move over one lane if there is a worker on the side of the road. If you can't move over, the law says you need to slow down as you pass those emergency crews.

Troopers in both states encourage drivers to "steer it and clear it" after a crash.

That means, if possible, you should steer you car toward the shoulder or an exit, so that you clear the highway. That makes things safer for other drivers and the troopers, tow truck drivers and other responders coming to help.

A lot of what the agencies are highlighting seems like common sense, but Ortiz said he sees drivers doing the opposite on a daily basis.

The married man has a baby on the way, making him wonder the biggest what-if situation: what if he never meets his child.

"I want to see the day where I can hold my child because life is short and it seems like it's getting shorter out here," he said.