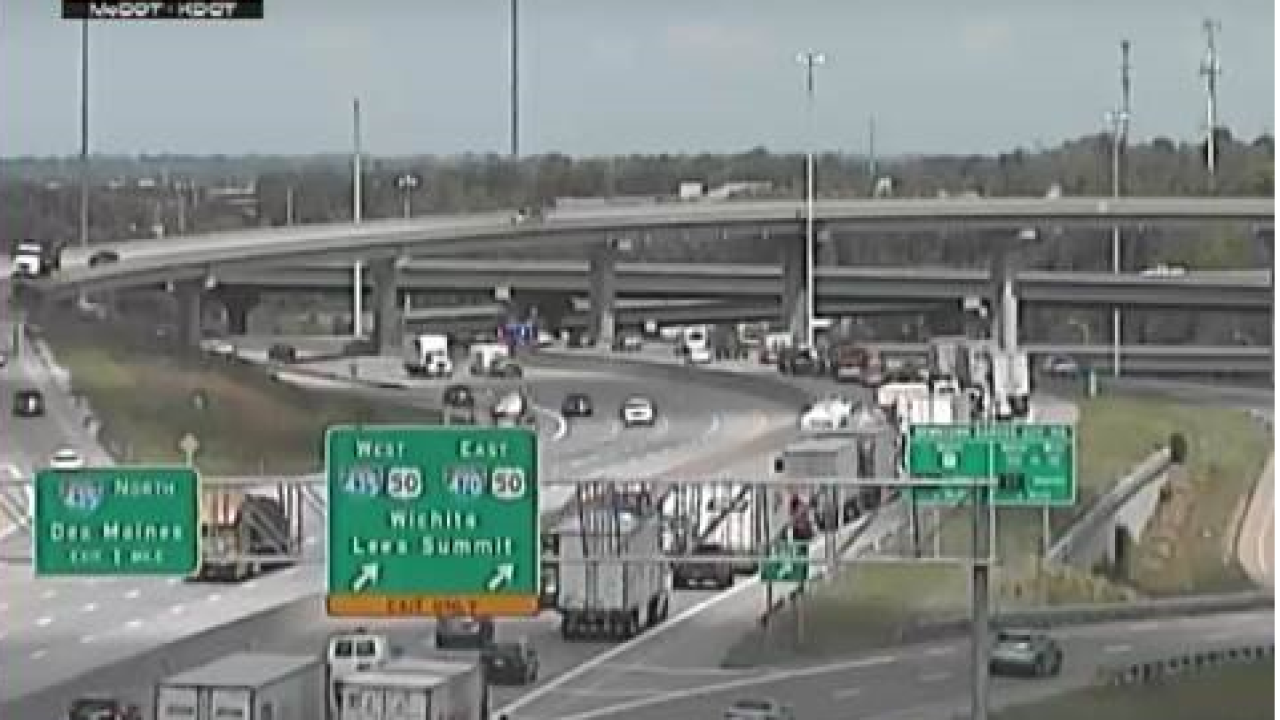 Provided
A MoDOT truck was involved in a crash in south Kansas City on Thursday.

KANSAS CITY, Mo. — A Missouri Department of Transportation truck was involved in a crash with a driver on Thursday afternoon, the agency said.

The crash occurred on northbound Interstate 49 at Interstate 470 in south Kansas City, Missouri.

A spokesman for MoDOT said the driver hit the back wheel of the MoDOT equipment. A crew member was on the equipment but was not hit or injured.

Markl Johnson, a MoDOT public information officer, said it was the 39th time a MoDOT employee has been involved in a vehicle crash with another driver this year in Missouri.

“Once again, we’re asking all motorists to please pay attention while driving,” MoDOT said in a social media post.

On Aug. 4, a MoDOT worker was hospitalized after their truck was struck by a semi near Interstate 29 and Interstate 435.

Earlier this morning a semi slammed into the back of a @MoDOT_KC truck near I-29 & I-435 in Platte County. Both the semi driver & @MoDOT driver were taken to the hospital with minor injuries. 🙏🏻

On Tuesday, the Kansas Department of Transportation said one of its trucks was struck on Interstate 35 at College Boulevard. No KDOT workers were injured in the crash.

There has been a 2 vehicle collision on NB I-35 at College Blvd. involving a KDOT truck and a 2nd vehicle that fled the scene. KHP is currently on scene and there are no injuries.
This could have been much worse. Please remember to drive safely in work zones and #moveoverKS pic.twitter.com/1WqcTha40l