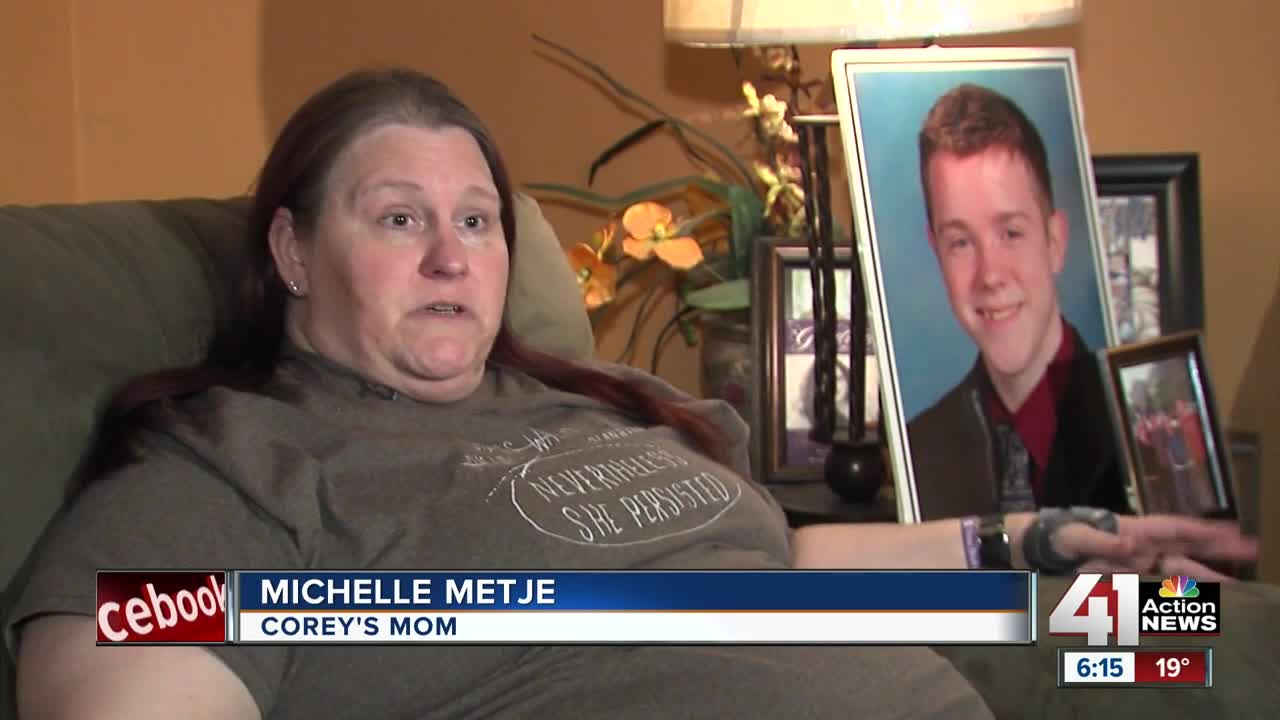 Michelle Metje is pushing a bill that would require stricter evidence collection procedures in MO emergency rooms after her son was stabbed to death. 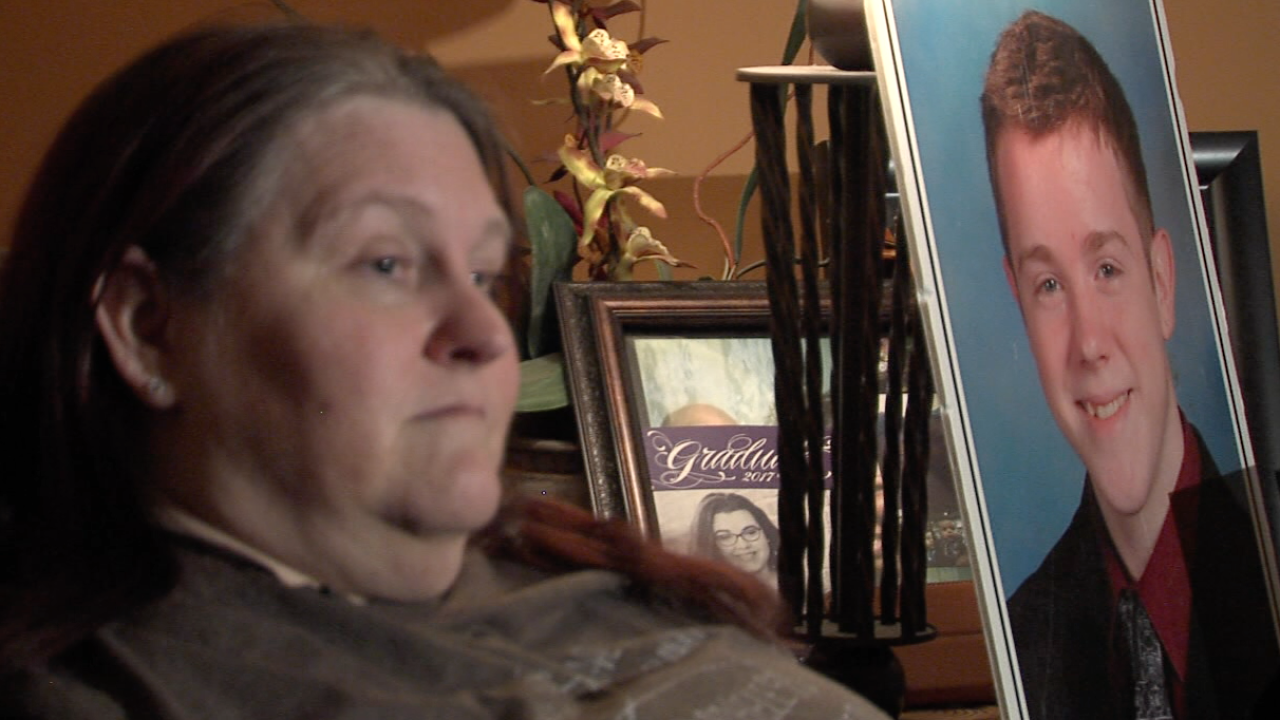 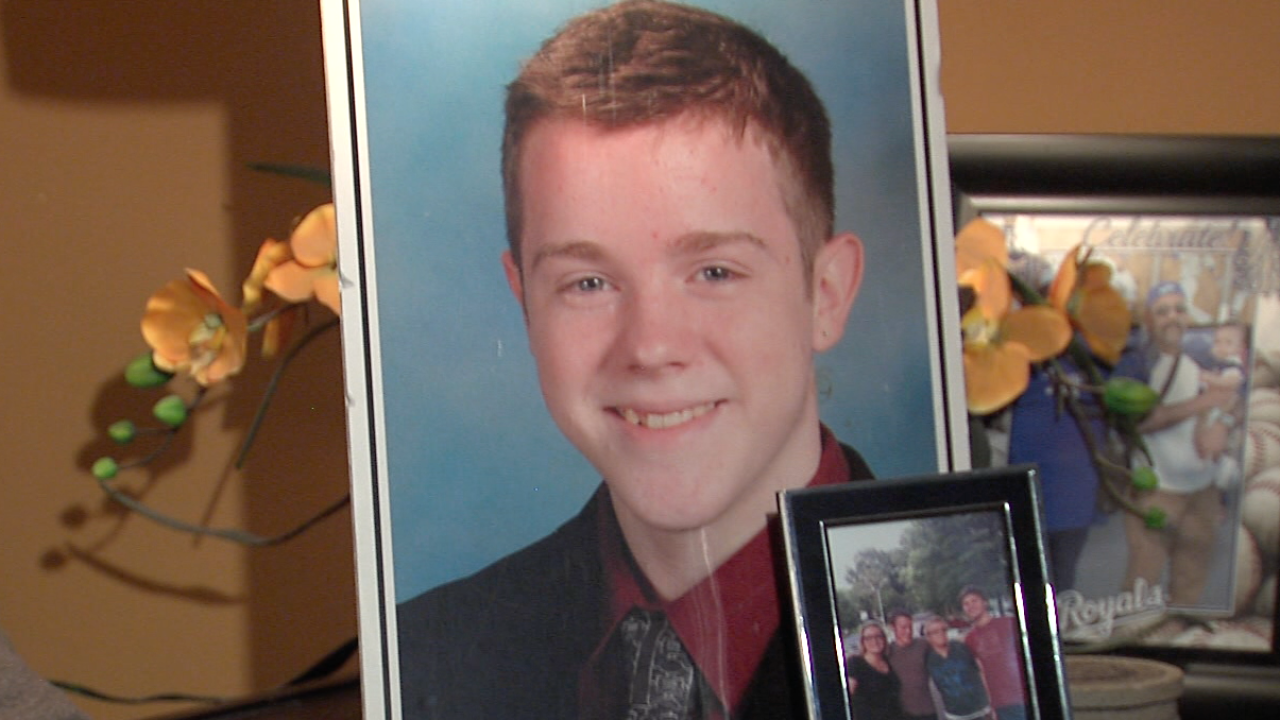 KANSAS CITY, Mo. — Michelle Metje wants stricter procedures in place for collecting forensic evidence in emergency rooms after the nightmare she went through when her son, Corey Laykovich, was killed.

"When Corey was attacked, somewhere along the lines because of policies and procedures, Corey's clothing got thrown away," Metje said.

Laykovich was stabbed in the neck and stomach in July 2013 and later died at the hospital. He coded four times before that.

Independence police did not immediately recover Laykovich's clothing, thinking he might live. Metje said after asking around herself, she found out her son's clothing was sitting in a biohazard room.

"Because of that, they didn’t have any evidence. No touch DNA, no fibers, they had nothing they could possibly have used to be able to put this person away," Metje said.

With the help of Rep. Rory Rowland (D-Jackson County), Corey's Law was just introduced to the Missouri legislature on Wednesday.

The bill would require ER nurses to receive three hours of forensic collection training, require potential evidence be stored in a lock box until police say otherwise, and require that hospitals report stab wounds larger than an inch to the police.

"That takes the responsibility off of a medical person and puts it with the people who are the experts in the field. It's making their jobs easier is what it boils down to," said Metje.

It wasn't until January 2015 when an Independence police investigator told Metje in an email they'd send in Laykovich's clothes for testing, although they were contaminated.

A month later, the investigator told Metje the clothing actually wasn't contaminated at all.

"They could have tested it on day number one," Metje said.

Then in 2016, Metje found out the results. Nothing was found.

Metje said procedures could have prevented any possible loss of evidence.

"It’ll give me peace of mind knowing that other mothers won’t have to deal with this kind of fiasco," Metje said of the bill.

Meanwhile, the man who ended up being arrested for Laykovich's death was walking free for over three years.

John Seger was a person of interest from the beginning, but police said they didn't have enough evidence. He wasn't questioned for Laykovich's death until 2017, when Independence police arrested him in connection to a police chase and for unlawfully having a gun.

Metje said Laykovich was worried about Seger knowing where he lived right before he was killed.

Seger was convicted in 2018 of voluntary manslaughter and sentenced to nine years in prison. He denied stabbing Laykovich on purpose.

"Because he spent two years in jail, we were contacted about a month ago when we were told he was already up for parole. So, my son's murderer might get out in three years," said Metje.

The Missouri Hospital Association says they are reviewing the bill and plan to speak with Rep. Rowland.

Missouri hospitals are required to report gunshots to police, but not stab wounds.

Dave Dillon, spokesperson for the Missouri Hospital Association, says it's logical that evidence would be collected in the ER when a stabbing or shooting victim comes in, though there are no specific requirements. Dillon said saving lives is the first priority over saving evidence, but they hope to have conversations about how to do both.

Because the bill is so new, costs are unknown.

Dillon said they also wonder what provisions are in place to protect ER staff from becoming liabilities.