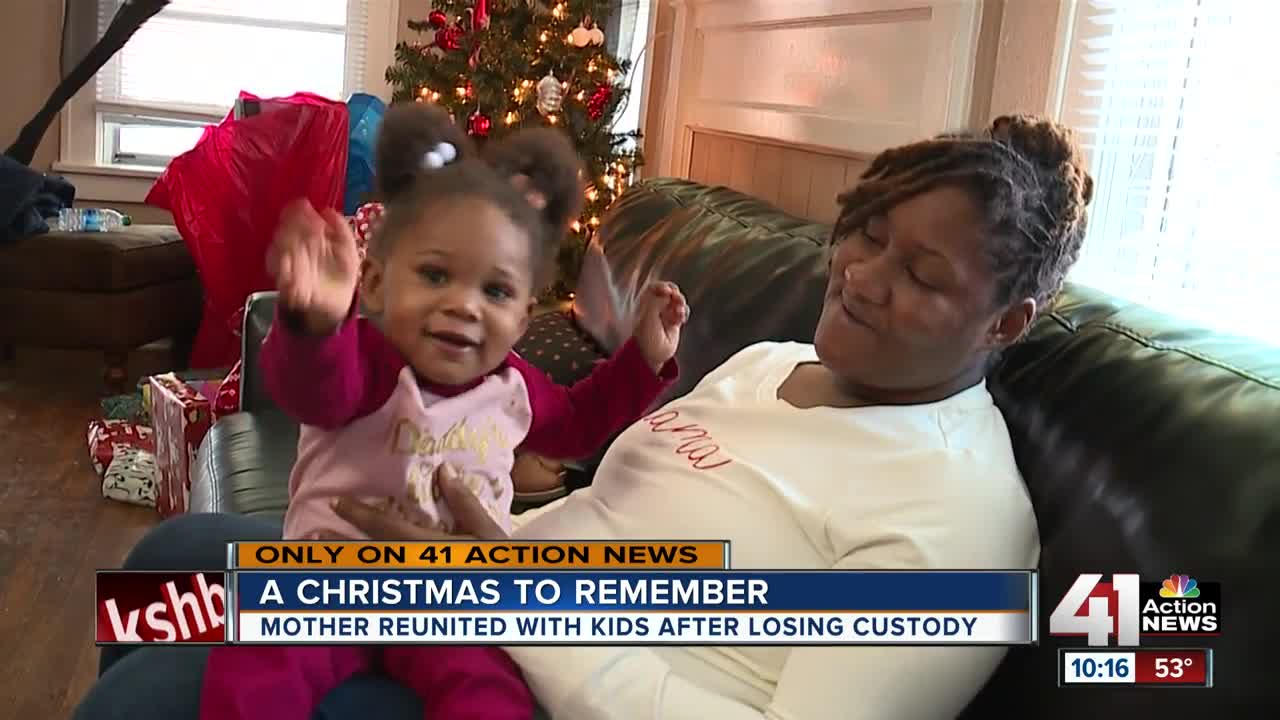 A Kansas City, Missouri, mom has reunited with her children after spending more than a year apart. 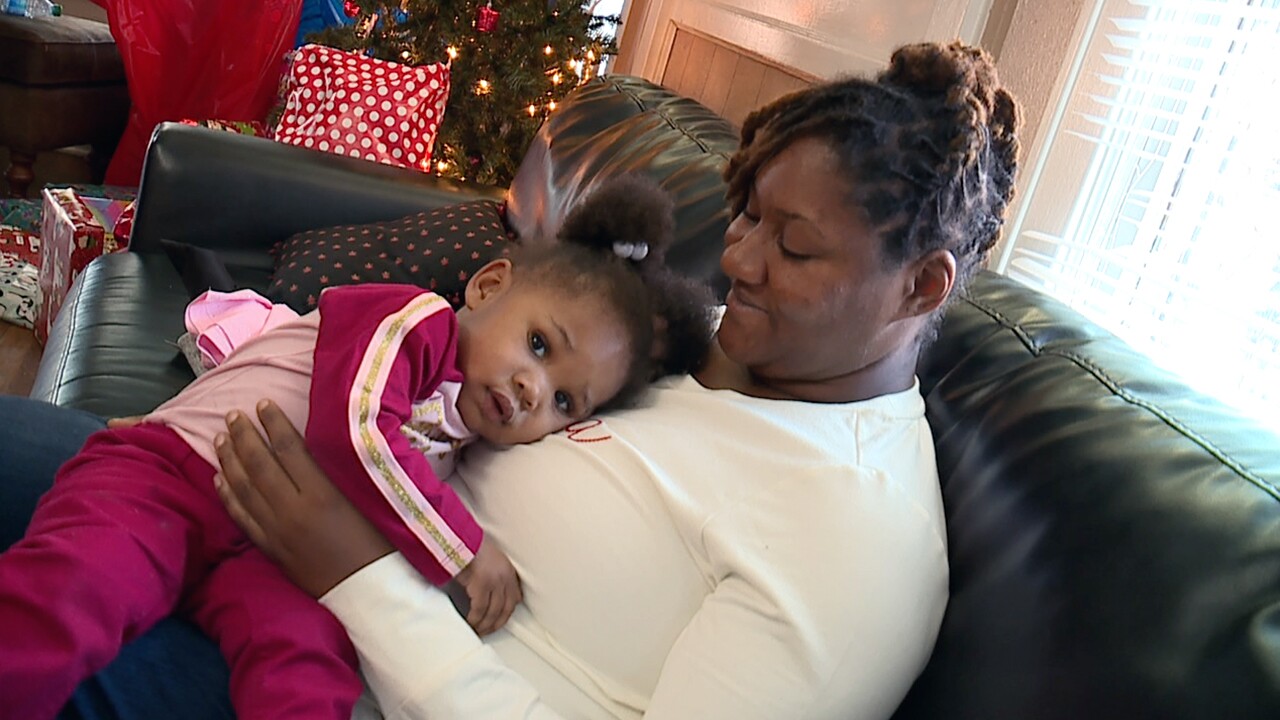 KANSAS CITY, Mo. — A Kansas City, Missouri, mom has reunited with her children after spending more than a year apart.

Cassidy Jordan, 27, grew up in the foster care system.

As a child, Jordan said she wanted one thing.

"I want to be able to call someone mom," Jordan said. "I just was tired of going through the foster homes."

At the age of 7, Jordan's dream became a reality. She was adopted.

Later, Jordan herself became a mom. She has two girls and a boy.

But, Jordan said, depression and post traumatic stress disorder from her childhood led her down the wrong path.

Eventually, Jordan lost it all when her kids were taken into protective custody in July 2018.

Christmas that year was limited to a supervised visit that ended with Jordan sleeping under a separate roof from her children.

But, Jordan turned her depression into motivation.

She sought out help from Jackson County Court Appointed Special Advocates (CASA), which is a group that serves as an advocate for children.

Danielle Atchison, a volunteer for CASA, worked with the Jordan family. She would visit the children on a monthly basis and report back to the judge on how the kids were doing. She also helped connect Jordan with the resources she needed to get back on her feet.

"I feel like Cassidy leaned into that," Atchison said. "She wants to be with her children. She put everything out there and it's extremely hard, but she did."

Jordan said she spent a year attending various parenting classes and would visit with her children often.

"I bussed, took a taxi in the snow, sleet, rain, the heat, everything," Jordan said. "I made it to where I needed to go."

In May, Jordan regained custody of her kids.

Together in time for Christmas 2019, Jordan said she takes pride in taking care of her kids.

"I got to buy Christmas presents," Jordan said. "Last year, I didn't have a job, no money. This year I got to buy them something."

Jordan said she plans to finish high school and then become a phlebotomist.

She credits places such as CASA for helping her get on the right path.

CASA is in need of more volunteers like Atchison. The group also runs off donations.