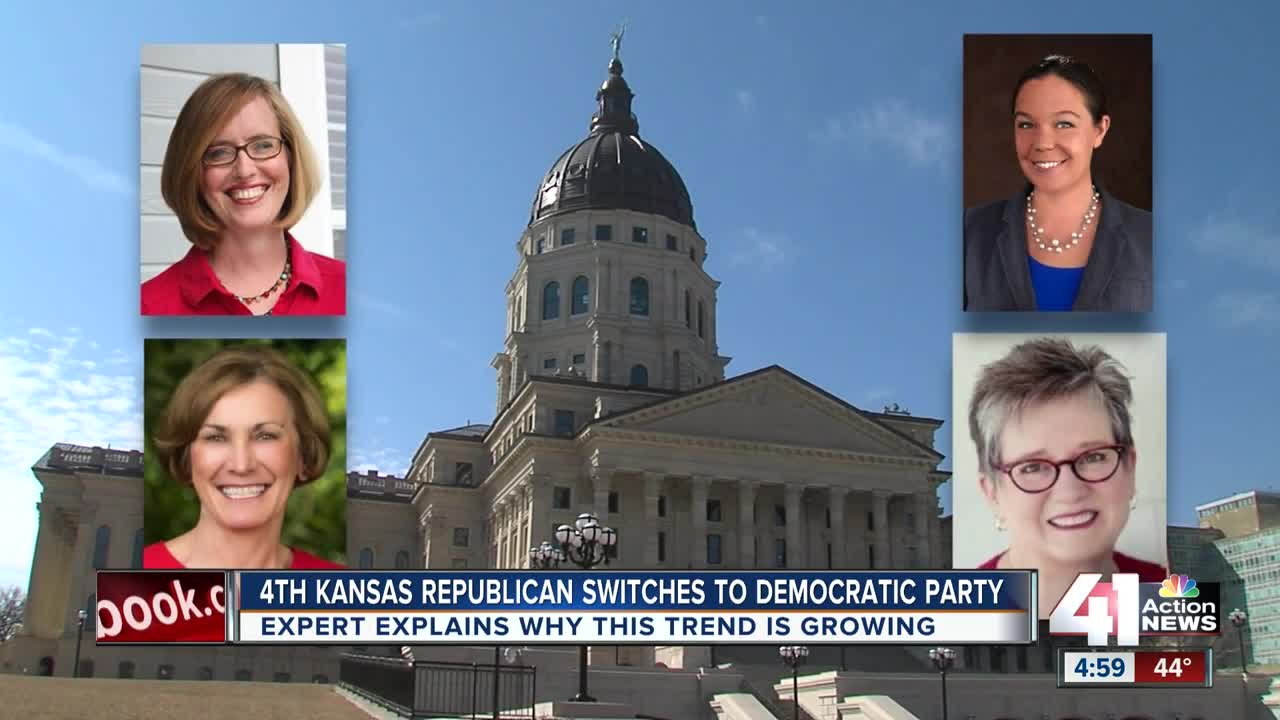 "You know, I can either fight for a party or I can fight for my state, but you know the energy, I don't have it for both and so I think it's best used fighting for my state," said Sykes.

Sykes is the fourth woman in the last two weeks to announce she's switching parties. Representing her district and not her party is what Sykes said is her main focus.

Senator Barbara Bollier of Mission Hills and departing Rep. Joy Koesten of Leawood switched to the Democratic Party last week. All say the Republican Party in Kansas has become too conservative.

"I think so many people are frustrated with what is happening nationally and they don't want that, they are not that, you know, we're common sense, pragmatic, you know, we help our neighbor, that's what people want," said Sykes.

"We applaud these new members of our party for their commitment to representing their constituents and the people of Kansas and welcome them to the Democratic Party. Kansas Democrats welcome anyone who is willing to work together to rebuild our state and improve the lives of our children and families," Corson said. "We encourage anyone who wants to fund schools, provide affordable healthcare, balance the budget and create jobs to join us."

While the GOP's majorities slip 84-41 in the House and 28-11 in the Senate, with one independent, political experts aren't expecting a big change.

"I think that in terms of the balance of party politics in Kansas, it's still very conservative and these few switches don't really switch that all that much," said Matt Harris, assistant professor of Political Science at Park University.

Harris said the changing of parties makes sense politically but he can understand how voters might be upset.

"If you voted for Rep. Clayton in the last election and you're Republican and I voted for Republican, now she's a Democrat, and you were just voting on party label, that would probably be a bit upsetting as voter," said Harris.

Overall, while suburban areas are becoming more blue, Harris said, adding that he is not anticipating any more switches in Kansas any time soon.

The Kansas GOP has not released a statement on these latest departures from their party.