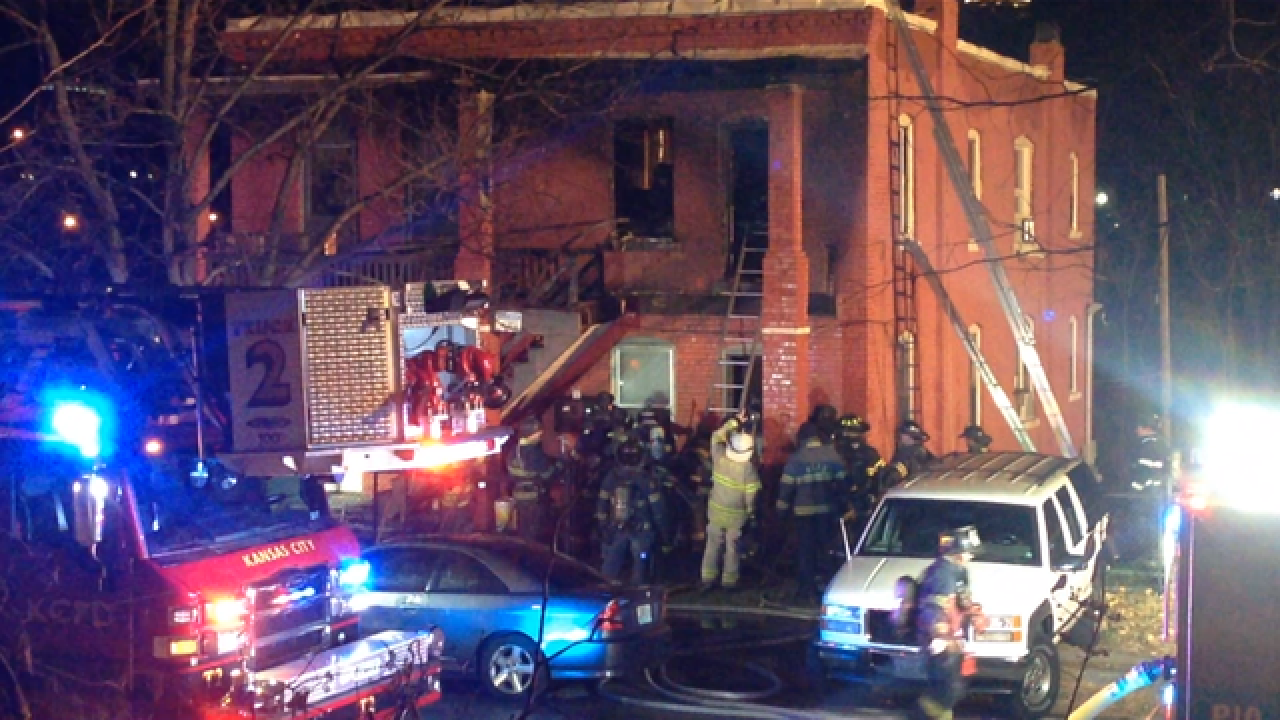 KANSAS CITY, Mo.-- An apartment fire late Wednesday night sent a mother and her child to the hospital.

According to KCFD, the initial call indicated occupants inside the second-floor apartment on fire thought they were trapped, however they managed to get out safely through a backdoor.

Fire crews cleared the remaining apartments in the building.

"Whether they tell us it's trapped or not, we're going to get here and do the same thing until we get inside and prove to ourselves that there's nobody in the building. We go at it with the same effect," Battalion Chief Mike Cashen told 41 Action News.

Paramedics transported a child and mother to the hospital to get treated for smoke inhalation and abrasions.

Much of the fire was contained to the front room of the apartment.

Although the cause of the fire remains under investigation, KCFD noted there were a number of space heaters inside the unit.

"For this time of the year, space heaters are extremely dangerous," Cashen said. "If you're going to use them, use them properly—don’t have any combustibles anywhere around them or fires could start."