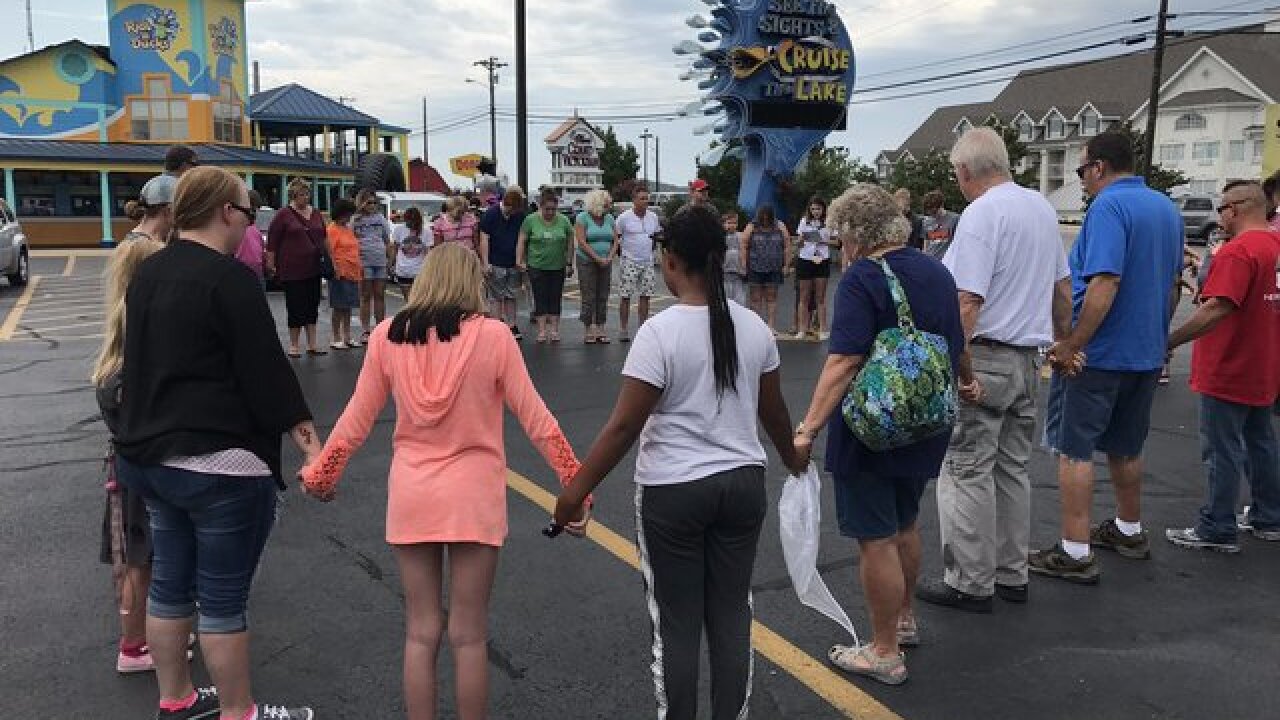 Copyright 2018 Scripps Media, Inc. All rights reserved. This material may not be published, broadcast, rewritten, or redistributed.
<p>A large group has gathered outside the Ride The Ducks Branson headquarters to pray in a circle for the victims, survivors, and families impacted by Thursday's capsizing that killed 17 of the 31 passengers riding the boat on Table Rock Lake. Photo by Charlie Keegan/KSHB</p>

KANSAS CITY, Mo. -- Mandi Keller's daughter was in Branson on a family vacation. But the fun of the vacation quickly turned to a fight for her life.

Her daughter, 15-year-old daughter Gillian, was in the Branson area with her father.

Both were on the duck boat that capsized and sank on Thursday night at Table Rock Lake. They are two of the survivors.

My daughter "is a terrible wreck," Keller told 41 Action News from her home state of Texas. "She is horrified about everything."

17 people died in the Tragedy at Table Rock. Keller said she is lucky her daughter and ex-husband are not in a body bag.

"My daughter faced death. She was in a fight for her life," Keller said. "But God spared her. I am grateful to God that he spared her."

According to her mother, Gillian is not in the hospital. "She's doing ok. She's sad, emotional and feels bad. She said it's surreal," Keller said.

Video obtained by 41 Action News shows the conditions the duck boat experienced during a storm early Thursday evening. The video shows waves rocking two duck boats. One made it back to shore. The other sank.

"My ex-husband said it was like being in the ocean," Keller said. "They witnessed a horrific scene."