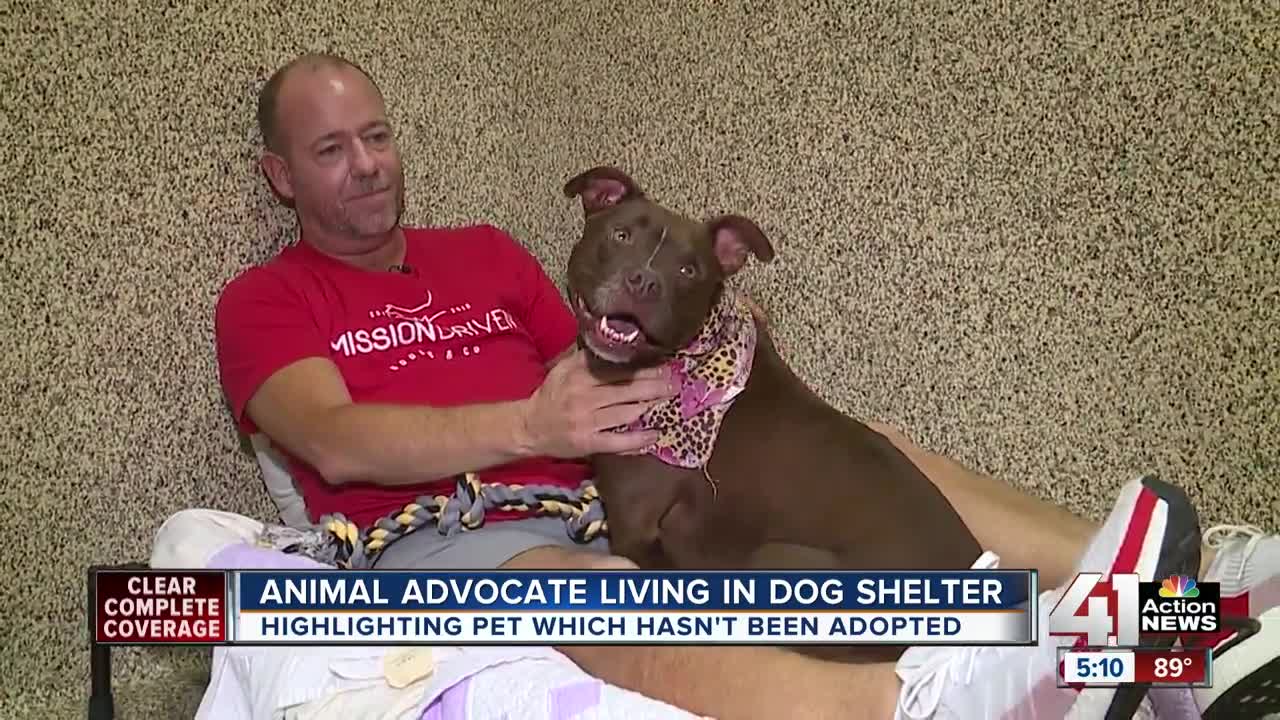 A local animal advocate downsized, moving into his new pad at the Great Plains SPCA. 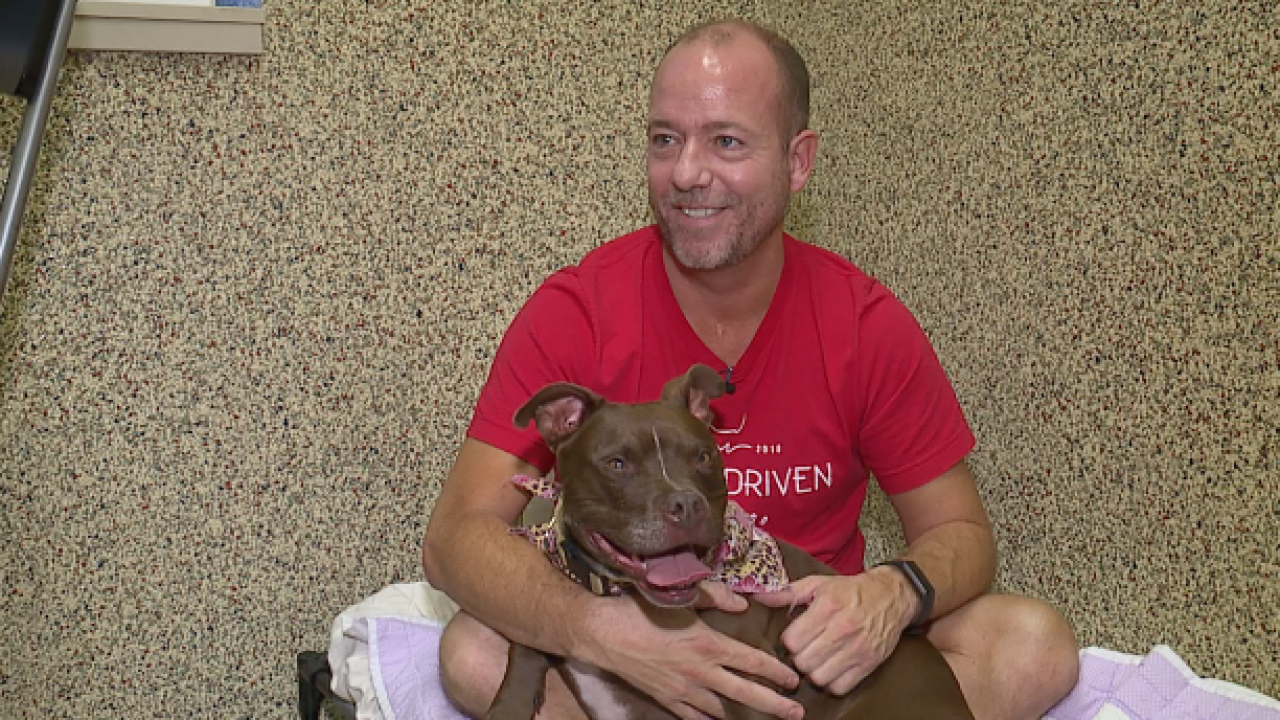 MERRIAM, Kan. — A local animal advocate downsized this week, moving into his new pad at the Great Plains SPCA.

"It's nothing like my bed at home, but it's the best we can do, and to be honest with you, it's enough," Scott Poore said.

Poore moved into the Merriam, Kansas, shelter on Tuesday, sharing a 10-by-7 foot room with 3-year-old terrier mix, Queen.

Queen has been at the shelter for more than 400 days. Before deciding to move in, Poore said he had paid a visit to Queen every single day.

"She's probably my favorite shelter dog in all of Kansas City," he said.

For several years, Poore has been working with shelters and outreach groups across the metro area. His goal is to find the right home for pets like Queen.

"I tend to work exclusively with the shelter pets that have lived in the buildings the longest, literally the ones that are becoming forgotten, those are the ones that I really want to help the most," he explained.

Going on day two of living at the shelter, Poore said he's not leaving until Queen does.

Queen is looking for a pet-free home and one with children over the age of 8.