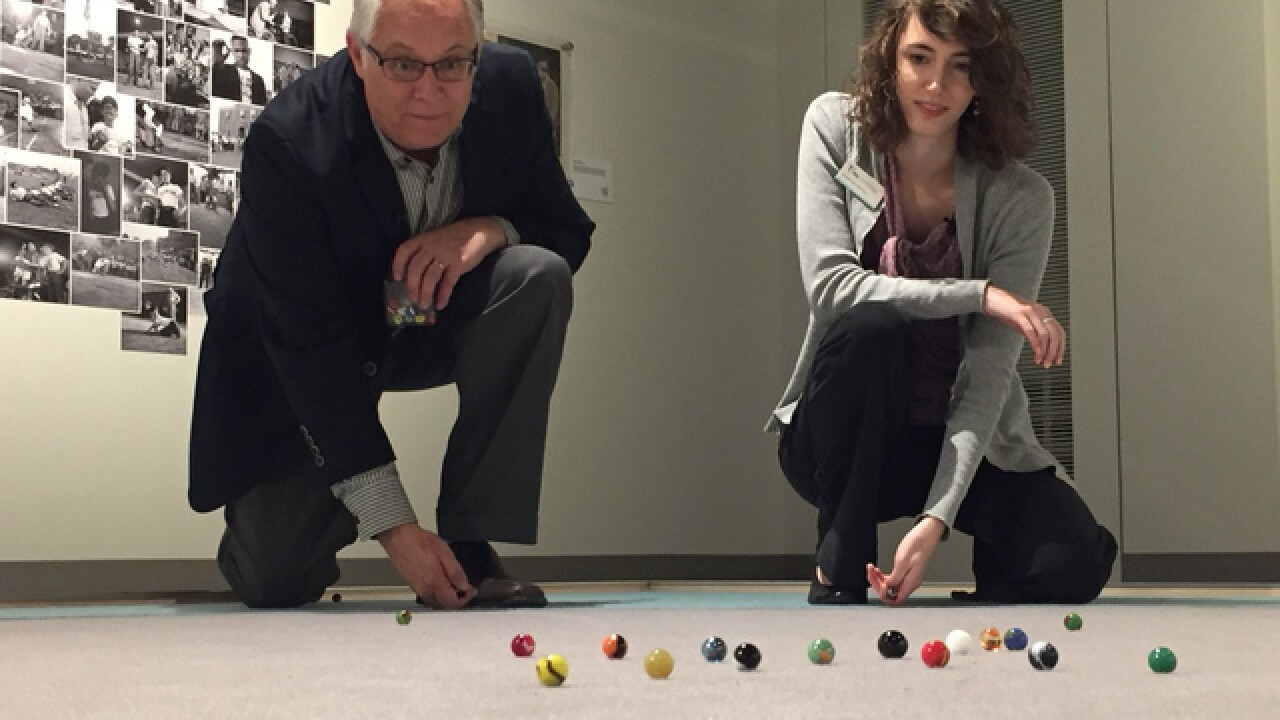 KANSAS CITY, Mo. — You may not know it looking at her, but Katherine Mercier is a mibster. And, truth be told, you can be a mibster, too.

You see, mib is Latin for marble.

And, through the end of the year, The National Museum of Toys and Miniatures in KCMO is celebrating the little round orb of fun.

Mercier’s official title is Museum Educator, but she still gets to play with marbles at work.

The museum will be hosting a tournament in June and, before and after that, you can visit to learn the history and the game.

Back in 1947, the Veterans of Foreign Wars organized a national marble tournament to “positively influence” youngsters and “re-engage returning World War II veterans.”

It became an obsession.

Competitors were featured in LIFE Magazine and in local papers all over the country.

The exhibit, “Playing for Keeps,” covers all the history, the trophies, and memorabilia of this amazing game.

And, this week, you can be a “Mibster in Training!” Marble lessons!

(By the way, according to Mercier, when grandparents bring kids in to play a match, the grandparents usually win!)

So, grab your Cat’s Eyes and Aggies. Leave your steelies at home! Knuckle down and play for keepsies! No quitsies!

And, if anyone asks, you haven’t lost your marbles… They’re all at the Museum of Toys and Miniatures.