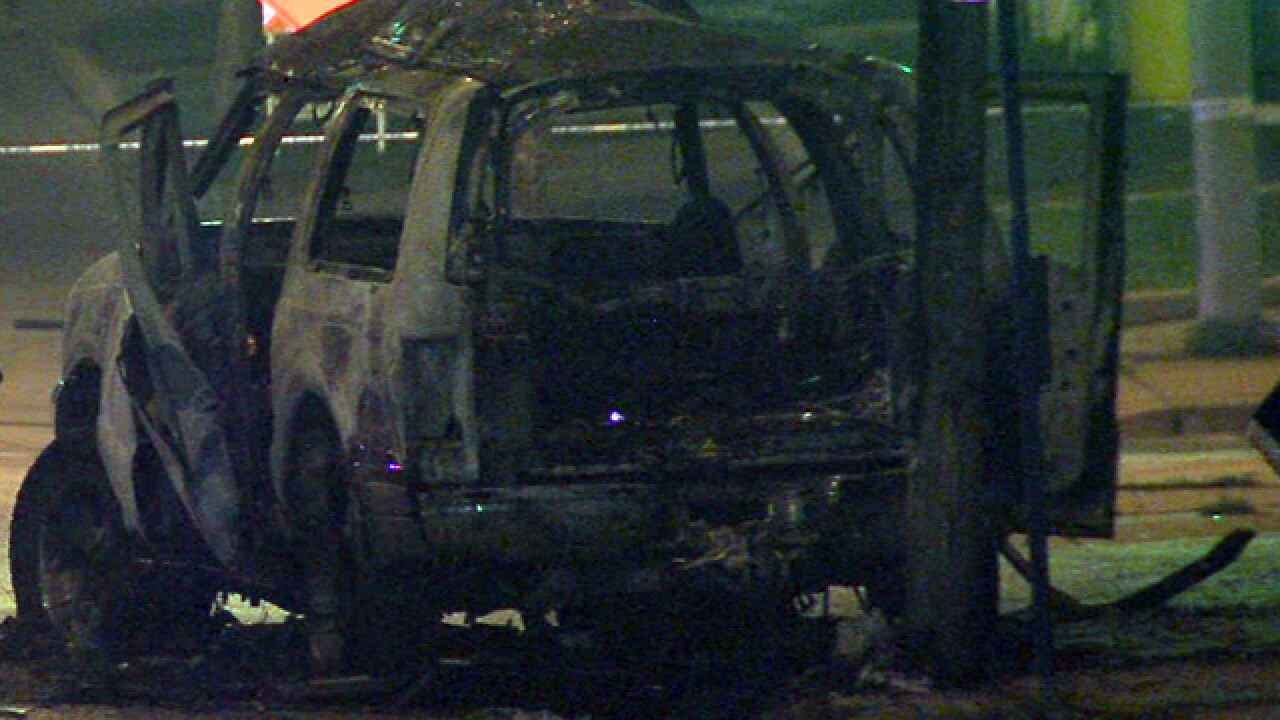 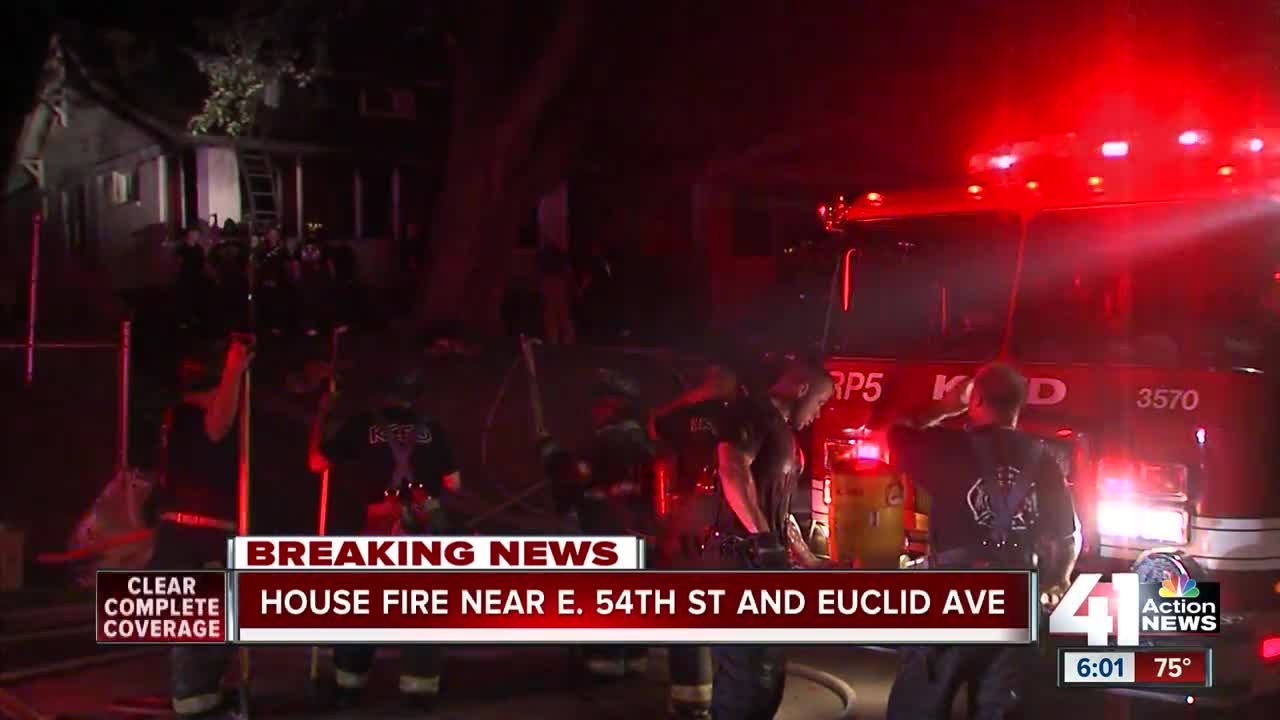 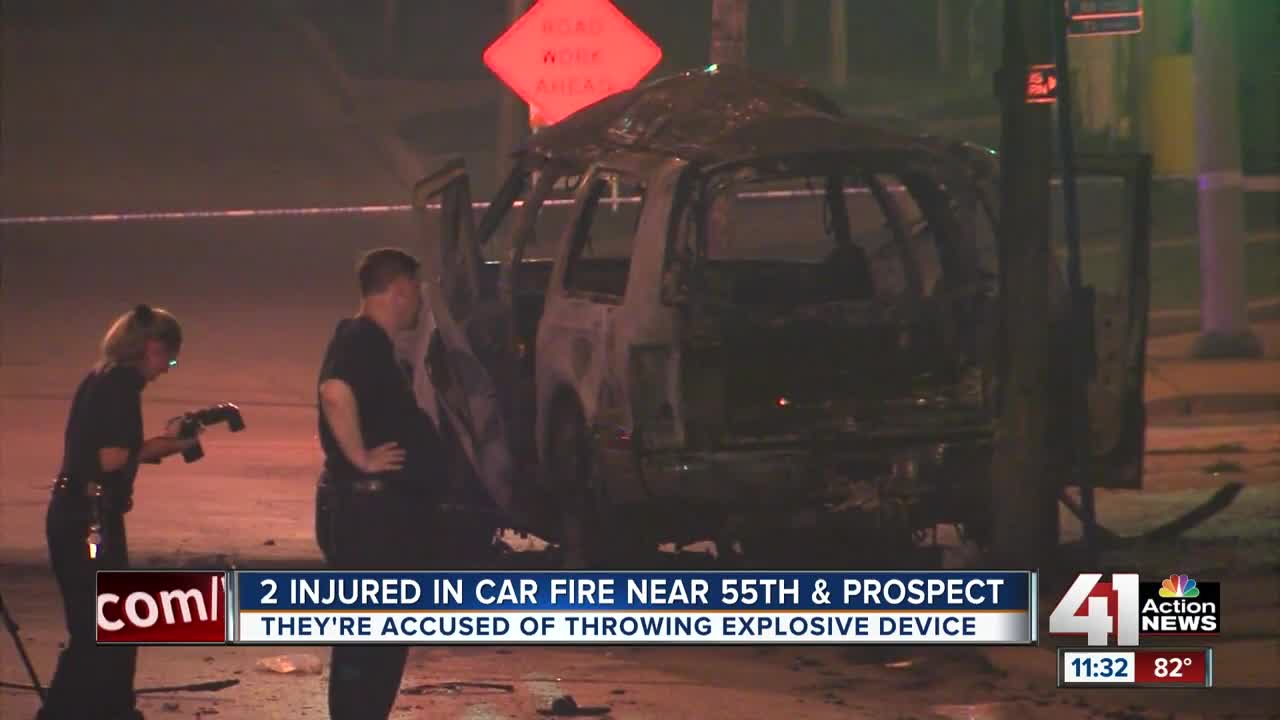 KANSAS CITY, Mo. — Firefighters rushed to several fires across Kansas City as Independence Day celebrations came to an end. The fire department has not confirmed fireworks caused any of the fires.

Late Wednesday night, a car caught fire near 55th Street and Prospect Avenue before midnight. The police department placed crime scene tape around the car for several hours as detectives investigated the fire.

Police told 41 Action News officers were sent to the scene just after 11 p.m. When they got there, they found the car fully engulfed in flames in the intersection. One woman said the explosion was so loud it shook her house.

Officers made contact with a person who said he was at a gas station parking lot when he asked the occupants of the car for some change. The person said the people in the car began to argue with him and told him to go across the street to the Family Dollar so they could fight.

As he crossed Prospect, he told police the driver lit and threw an explosive item at him. He said it rolled past him and exploded in the gutter. The driver then tried again, the person told officers, and shortly after they threw the second item, the car exploded, throwing both occupants from the car.

Police said someone picked both suspects up and drove them to Research Medical Center. They both suffered serious injuries and burns across large portions of their bodies.

A short time later, just after midnight, dispatchers sent firefighters to a home on Euclid Avenue near 54th Street. Neighbors suspected fireworks were the cause of the fire, which damaged the home. There was a block party with the presence of fireworks happening at the time of the fire.

A fire department spokesperson said fireworks are probably the cause, but the department cannot say for sure until its investigation is complete in roughly 72 hours.

The spokesperson said three adults and one minor lived in the house. None of them were injured and the Red Cross is assisting them.

At about the same time, firefighters put out a fire near the intersection of Bales and Thompson avenues in the northeast side of the city. The fire damaged the front of a home.

Kansas City crews also put out fires in the 4500 block of Chestnut Avenue and the 3500 block of Olive Street.