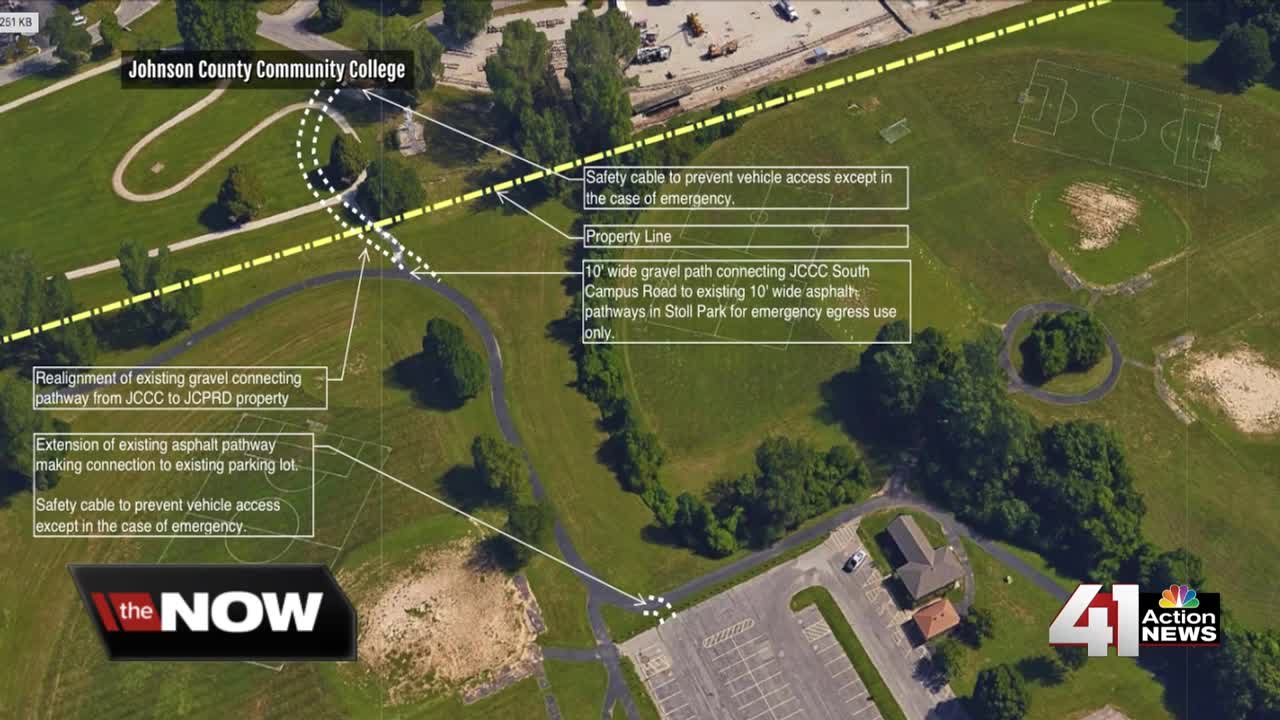 What some call minor changes to a Johnson County park, neighbors feel would largely impact them. 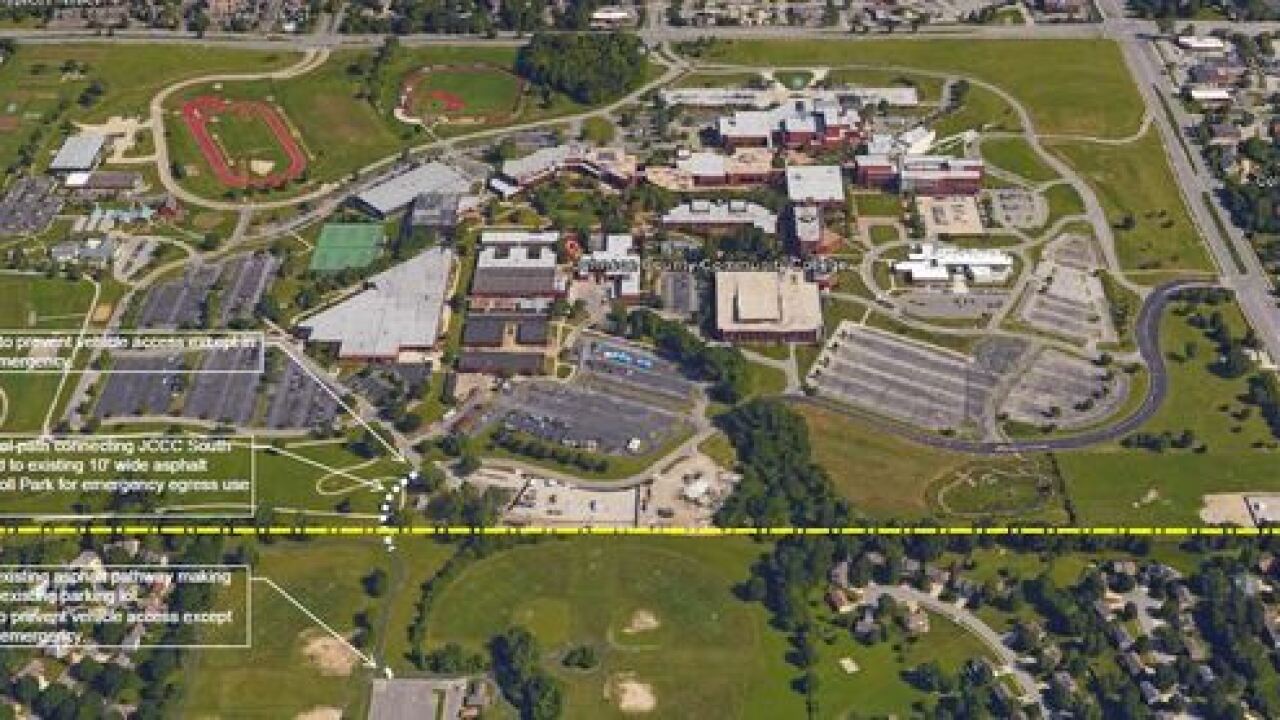 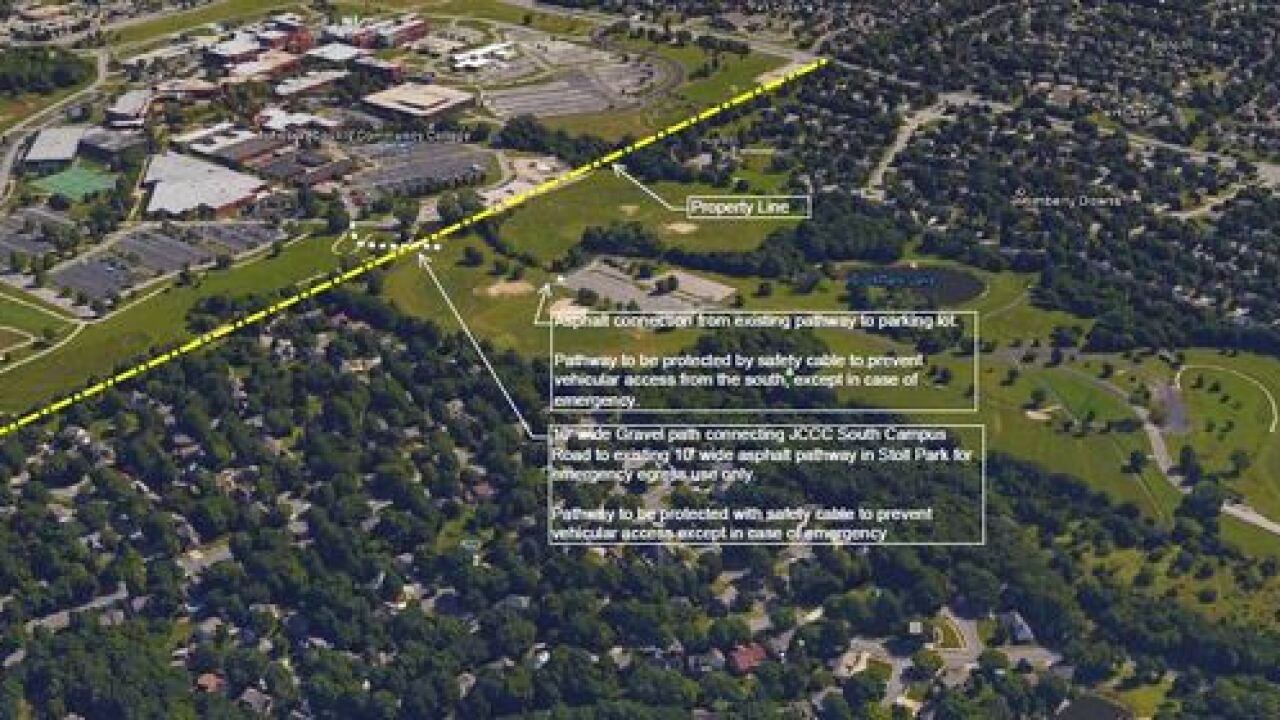 OVERLAND PARK, Kan. — What some call minor changes to a Johnson County park, neighbors feel would largely impact them.

Johnson County Community College wants to construct a ten-foot wide path that would connect an existing gravel pathway to a portion of South Campus Drive in case of an emergency situation.

"What we're not doing is, we're not trying to take over the park," said Chris Gray, Associate Vice President of Marketing and Communications, Johnson County Community College.

Gray said the proposal is part of the college's facilities master plan, adopted in 2016.

In 2014, there were reports of someone with a gun on campus. Gray said it took almost three and a half hours to get people evacuated and emergency vehicles onto campus.

"You think about that time frame, that's a lot of time where a lot of things can happen and a lot of confusing and chaos occurs," said Gray.

The school's goal is to have a more formalized plan in place. Currently, there are only two points of entry and exit on campus. JCCC wants to connect to an existing path through Thomas S. Stoll Memorial Park, to create an extra route. Nearby neighbors feel the connecting the path is unnecessary.

"We don't think they need one because they do have plenty of access and if it's a true, true emergency, they can run through the grass as it is," said Tracy Satterfield.

Satterfield lives in a nearby neighborhood. She said she's concerned with connecting the path would create more traffic.

"I'm more worried about what's the next step, you know, I can see this, what about special events, what about graduations, what about this, we just don't want to open a can of worms," said Satterfield.

JCCC said barricades would be at both ends of the path and only be moved in an emergency situation. Neighbors worry that's not the best plan.

"A likely scenario would be that emergency vehicles need to reach the college before those barriers can be moved," said Derek Anderson.

JCCC will host a listening session with administrative staff about the proposal for nearby residents. The meeting is scheduled for Tuesday evening, Sept. 18 at 7 p.m. on JCCC's campus. The location is the General Education Building (GEB), Room 233. This is an auditorium on the building's 2nd floor.