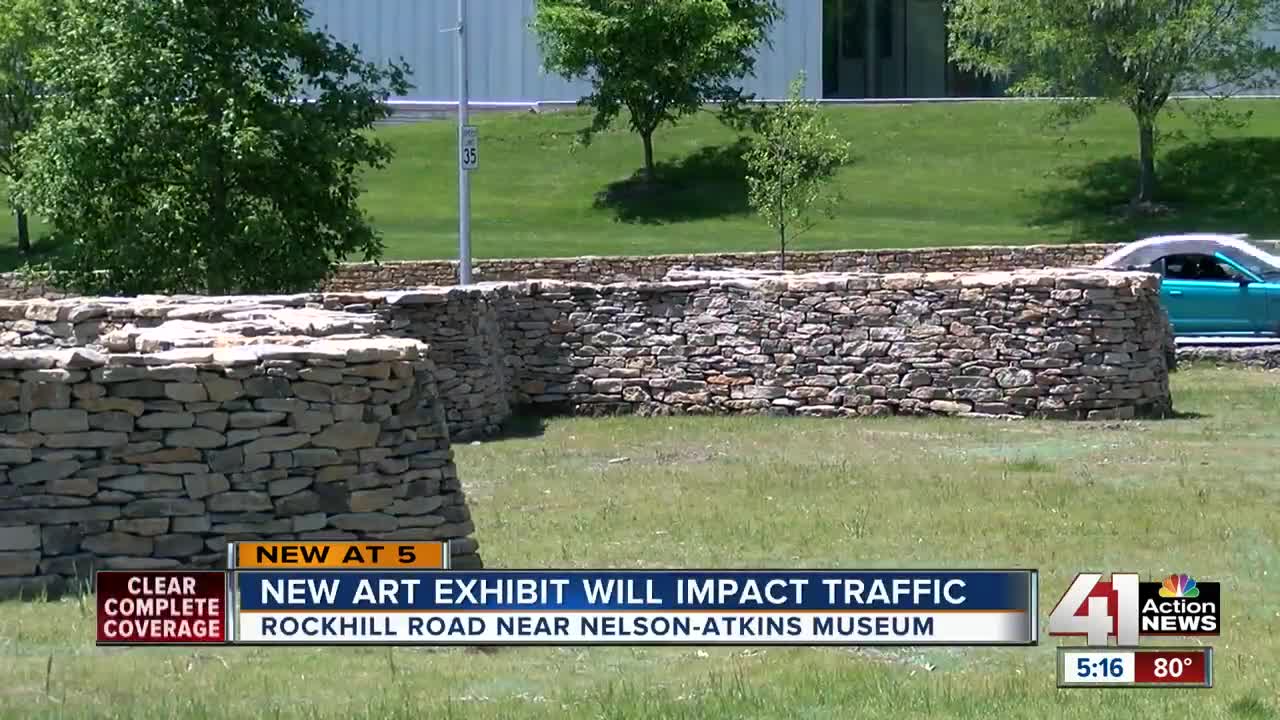 A new art exhibit called the Walking Wall will impact traffic on Rockhill Road near the Nelson-Atkins Museum of Art. 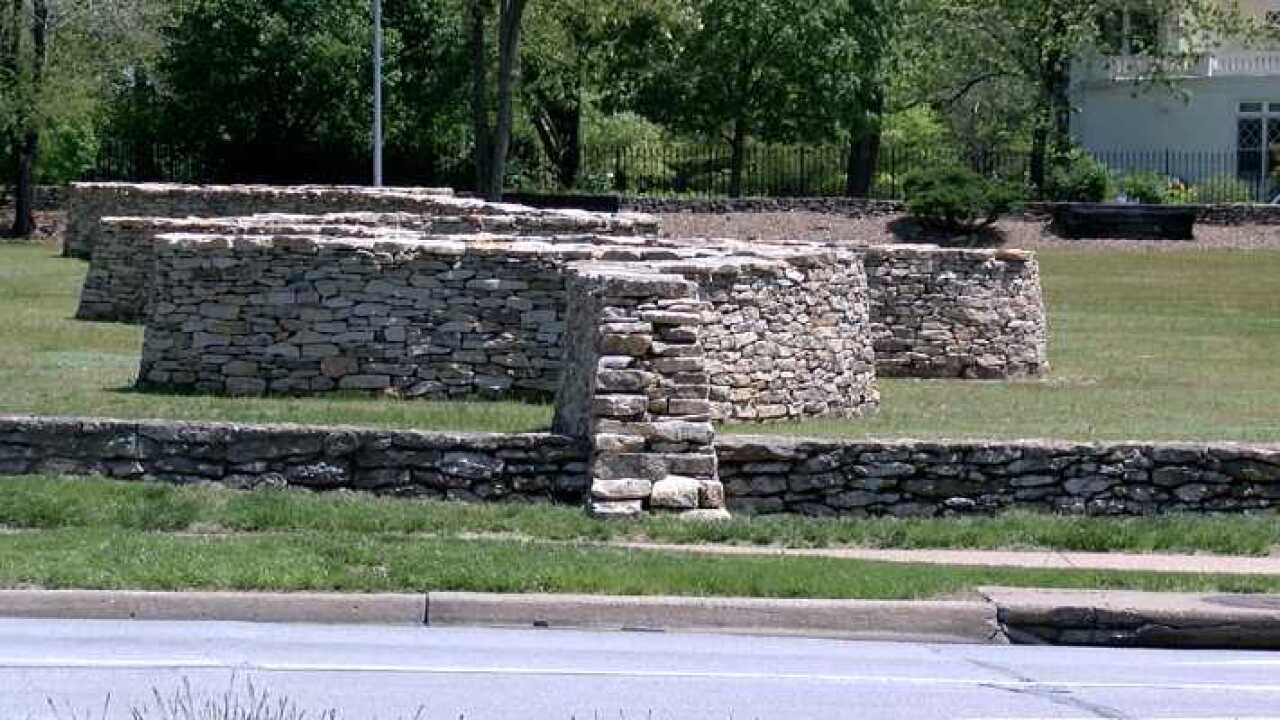 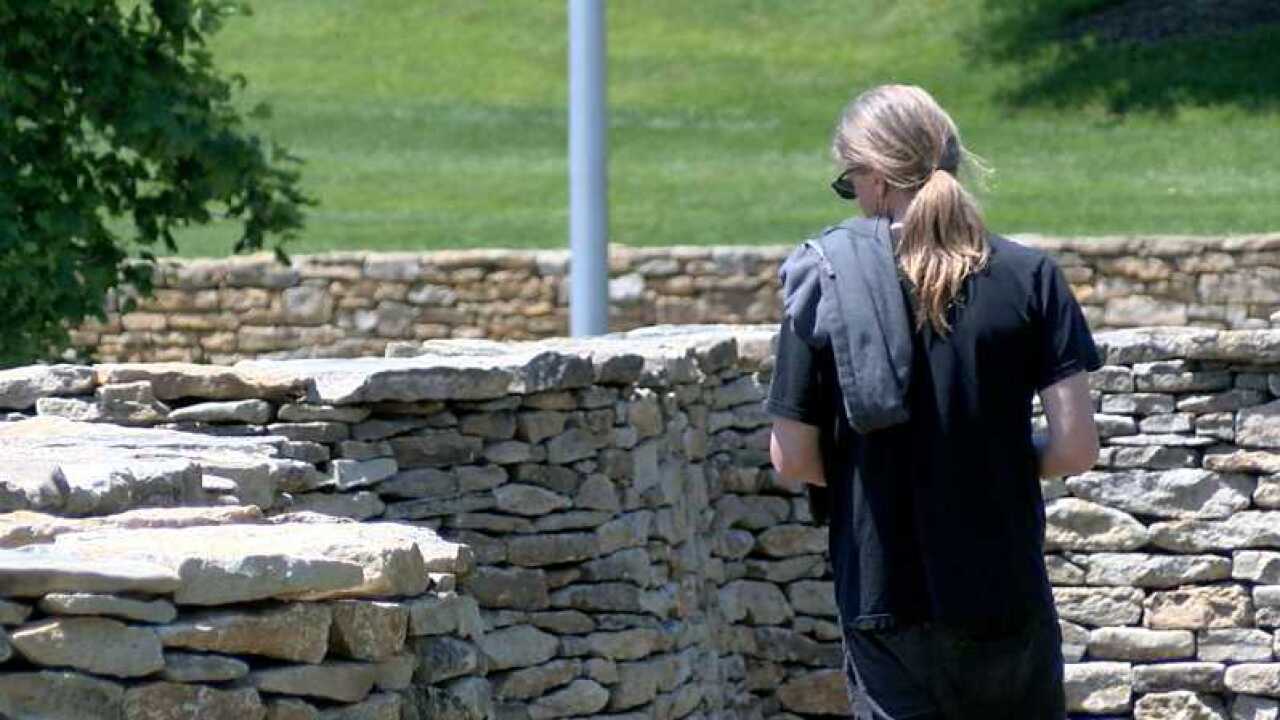 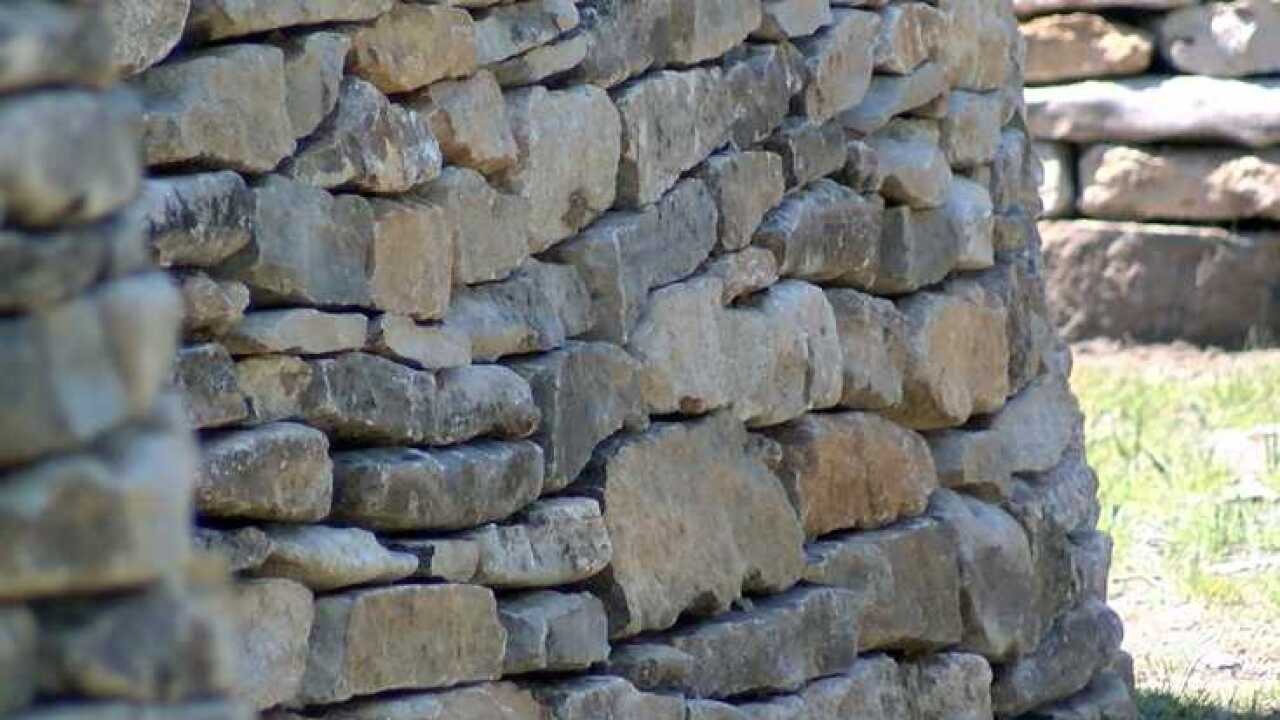 KANSAS CITY, Mo. — Rockhill Road will be blocked off to traffic for three weeks starting on Wednesday as an outdoor art exhibit enters a new phase.

“Walking Wall”, which was designed by artist Andy Goldsworthy and features 120 tons of stone, is currently on display across the street from the Nelson-Atkins Museum of Art.

After first being put together by hand in March, the project will enter phase two on Wednesday, when the wall will cover parts of Rockhill Road.

“This was literally men walking through the fields and finding rocks and pulling them out of the earth,” said Director of Design and Experience Steve Waterman, who added that the rocks come from the Flint Hills. “Andy is kind of a choreographer. He’s kind of a performance artist. He’s kind of a sculptor.”

Neighbors who live near the site of “Walking Wall” granted the museum permission to cover the road.

On Tuesday, resident Pat Koch said the art exhibit was a welcome addition to the community.

“There’s always something new to see,” she said. “I love it because it’s everyone’s interpretation of what that might be.”

Spectators have already come out to see the art project, some taking pictures while others have simply gazed at the exhibit.

According to Waterman, the wall offers everyone a special experience at the museum.

“You could’ve seen it a month ago when it was being built and that would’ve been a very different experience than seeing it today,” he said. “Andy is trying to take something that seems kind of remarkably ordinary and have it behave in an extraordinary way. When you slow down and when you begin to think about it, I think you’re starting to get to the place where Andy would like you to be.”

Rockhill Road will be closed until around June 3 as part of the exhibition.

Organizers said “Walking Wall” will continue being moved until November, when it becomes part of a permanent installation.

The public can witness the wall being moved and constructed on Sunday as part of the Rockin’ Rockhill Sunday Street Party.

The event is being held from 1-4 p.m. at the museum and is free to the public.