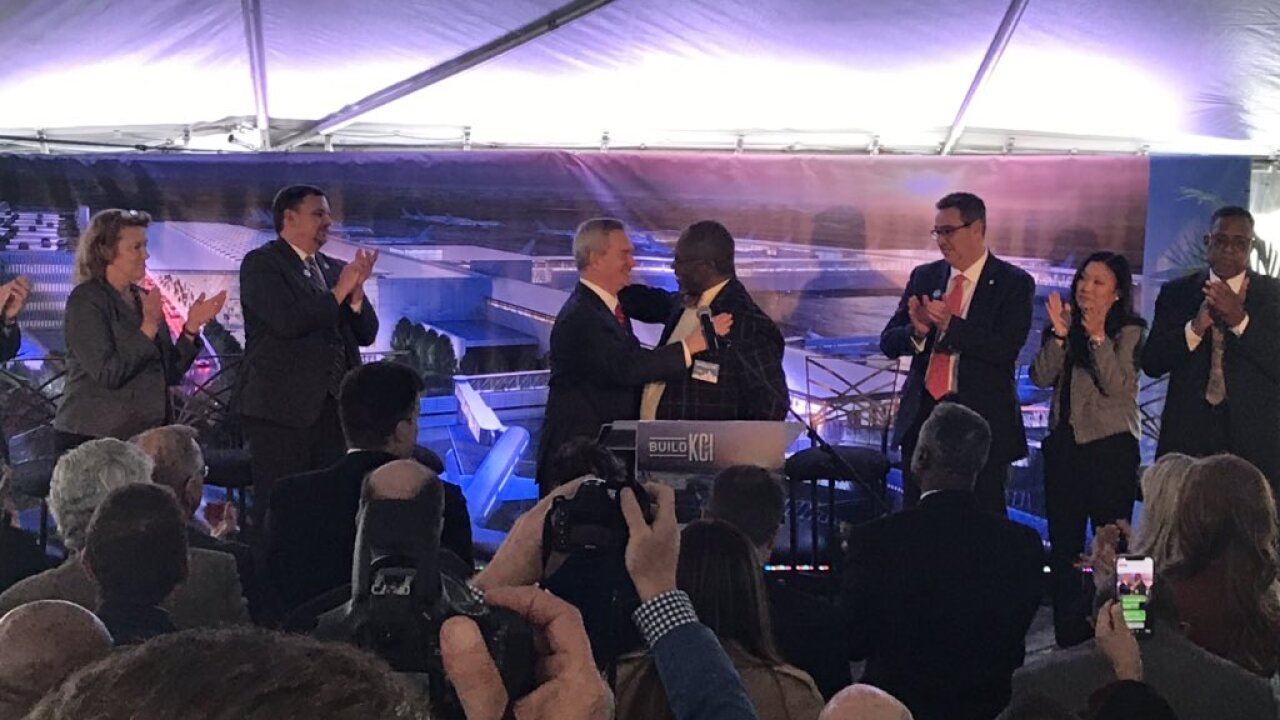 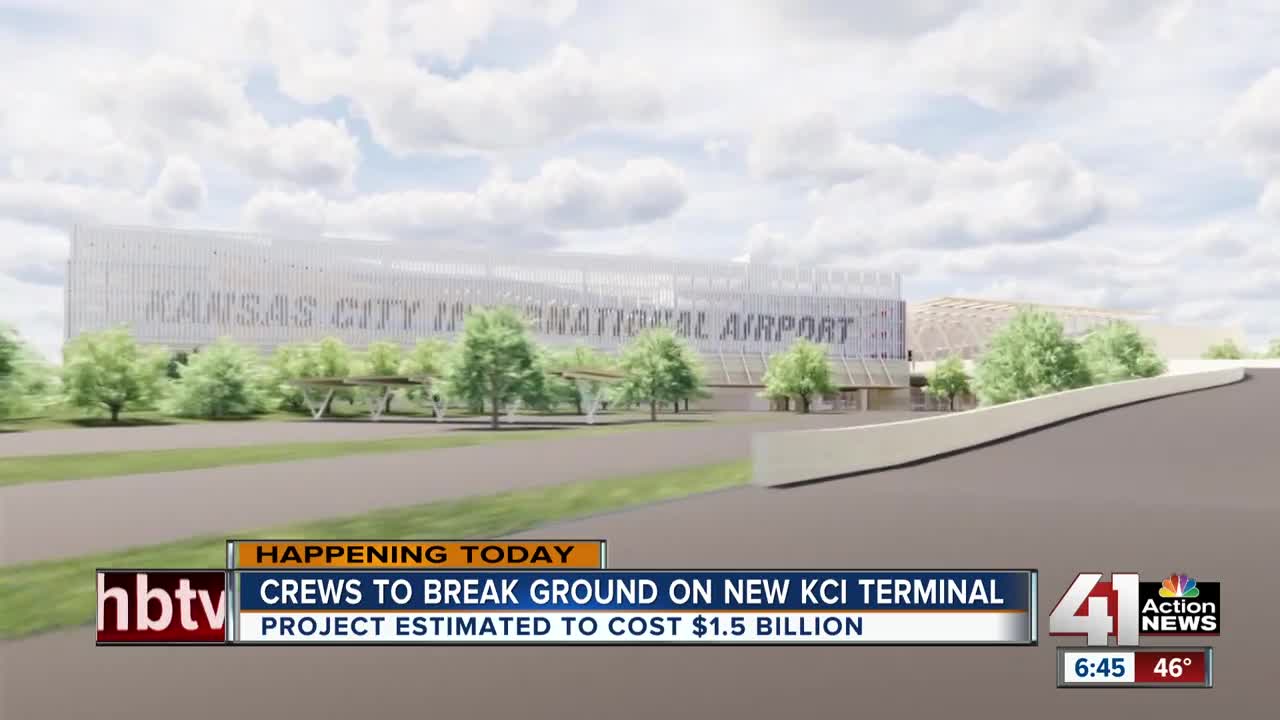 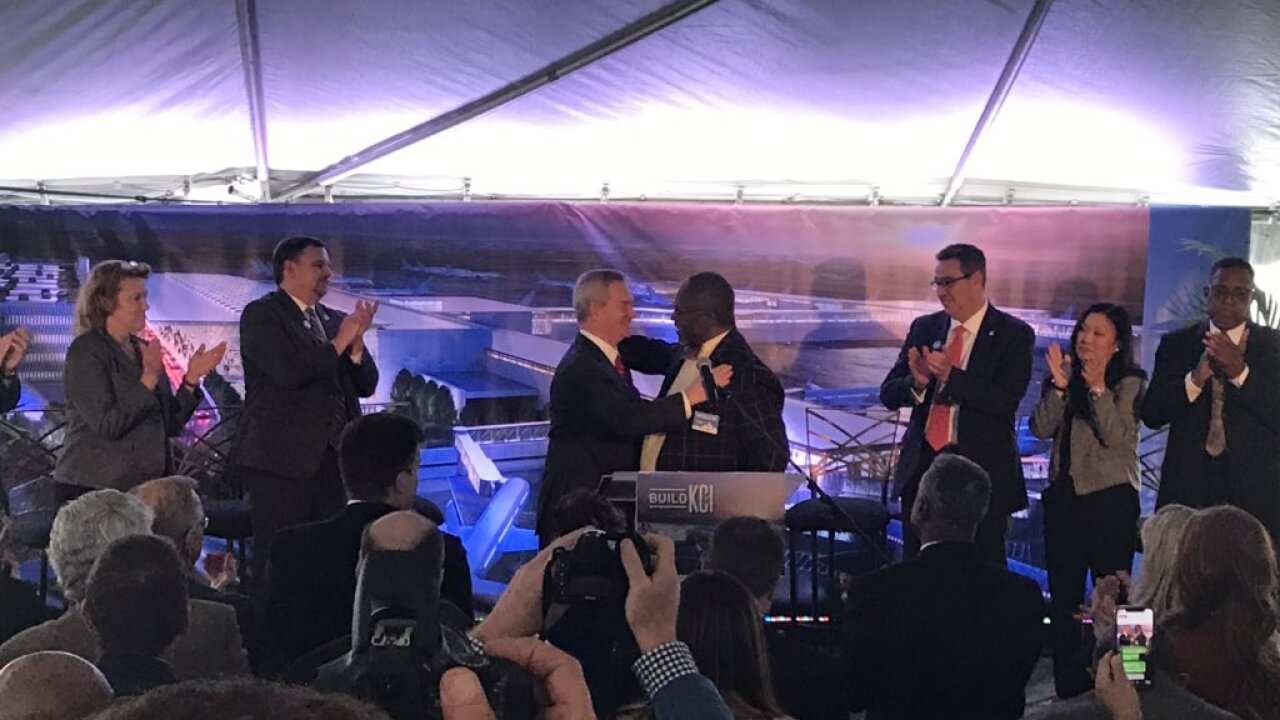 KANSAS CITY, Mo. — Monday afternoon shovels will dig into the dirt after a nearly 14-year-long process to build a new terminal at Kansas City International Airport.

The new single-terminal concept will replace the three horseshoe terminals which have been in place for the past 47 years.

Construction company Edgemoor has been working behind the scenes on the project since November 2017 when 75 percent of voters approved the new terminal. After Monday's ceremony, crews will begin tearing down the now-vacant Terminal A to build the new terminal in its place while passengers continue to use terminals B and C.

The $1.5 billion terminal should open in the spring of 2023, according to the city's airport committee chair, Jolie Justus. The city has pledged not to use tax dollars to fund the project. Instead, the airlines and revenue the airport collects from fees customers pay on parking, tickets and concessions will fund this undertaking.

City leaders believe this project will transform the city; not only giving it a new front door to visitors, but also providing opportunity for people who live in the city to work on the project.

Egdemoor said it is committed to using minority-owned contractors for 20 percent of its professional and construction services and contracting women-owned businesses for another 15 percent of the work.

Justus said this approach creates "inclusive prosperity," where everyone in the city prospers and people move from lower class to middle class by getting involved in the project.

"We're going to take small women- and minority-owned businesses and they are going to be able to scale up because of the work that they are doing here," she said. "We are going take folks who are not in the building trades right now, we're going to train people, put them to work."

Justus said it was important to maintain the convenience of the current KCI in this new concept. The new terminal will be split with arrivals on one floor and departures on a different level, which designers say will lead to more efficiency.

Flyers should expect more space, restroom and dining options on the other side of the security screening.

Justus is running against ten other candidates for mayor in next week’s primary election. The airport has played a role in campaigns.

The public needed to RSVP in advance to attend the ceremony. That window has closed.