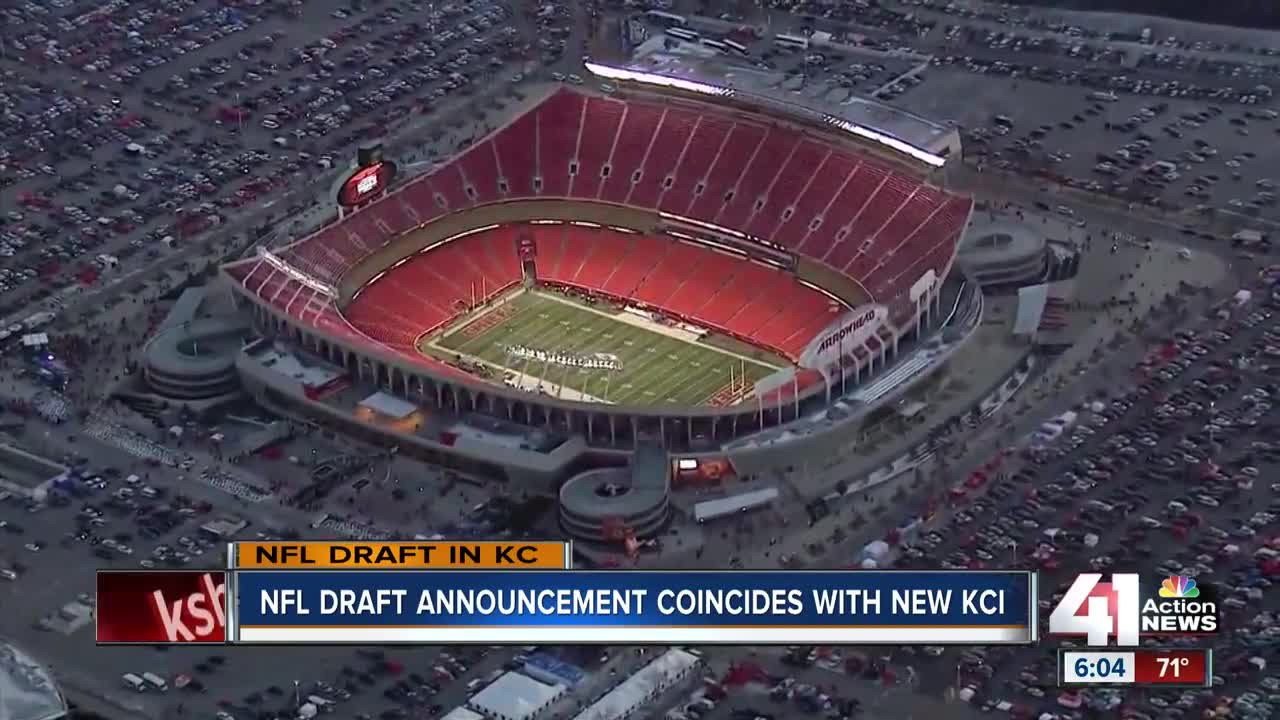 The new terminal at Kansas City International Airport, set to open in 2023, may have played a role in the city being selected to host the NFL Draft the same year. 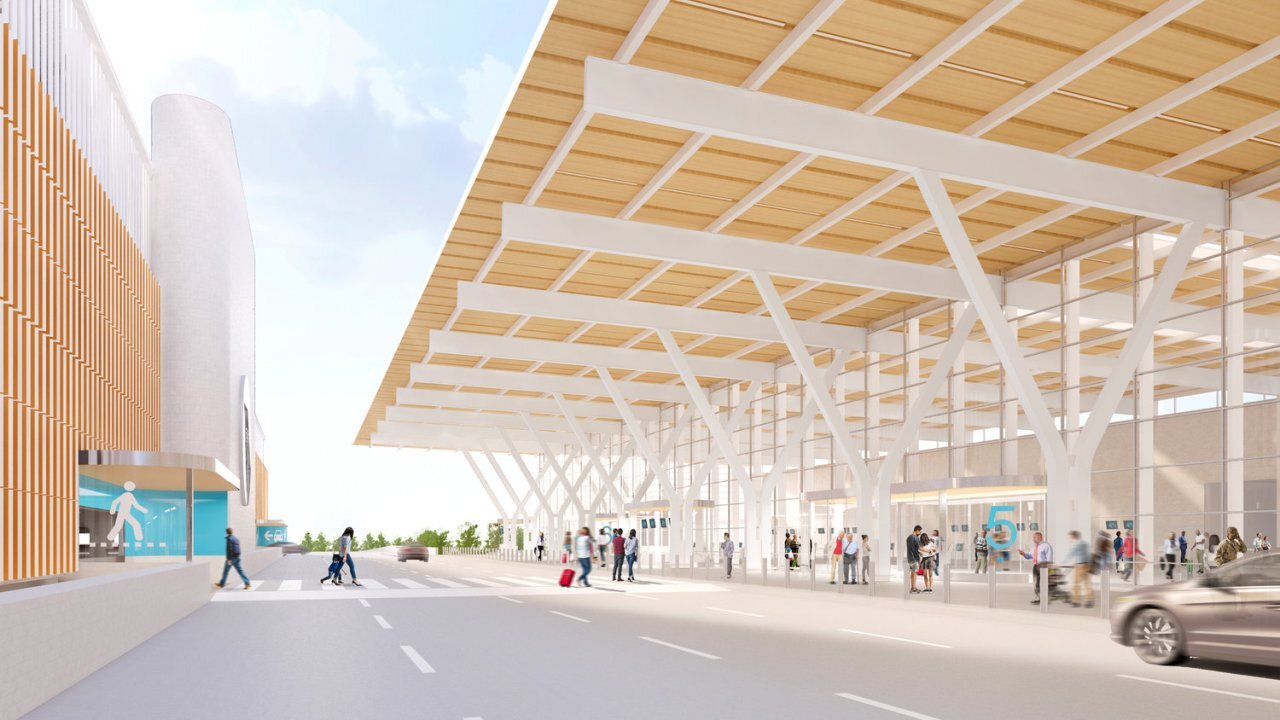 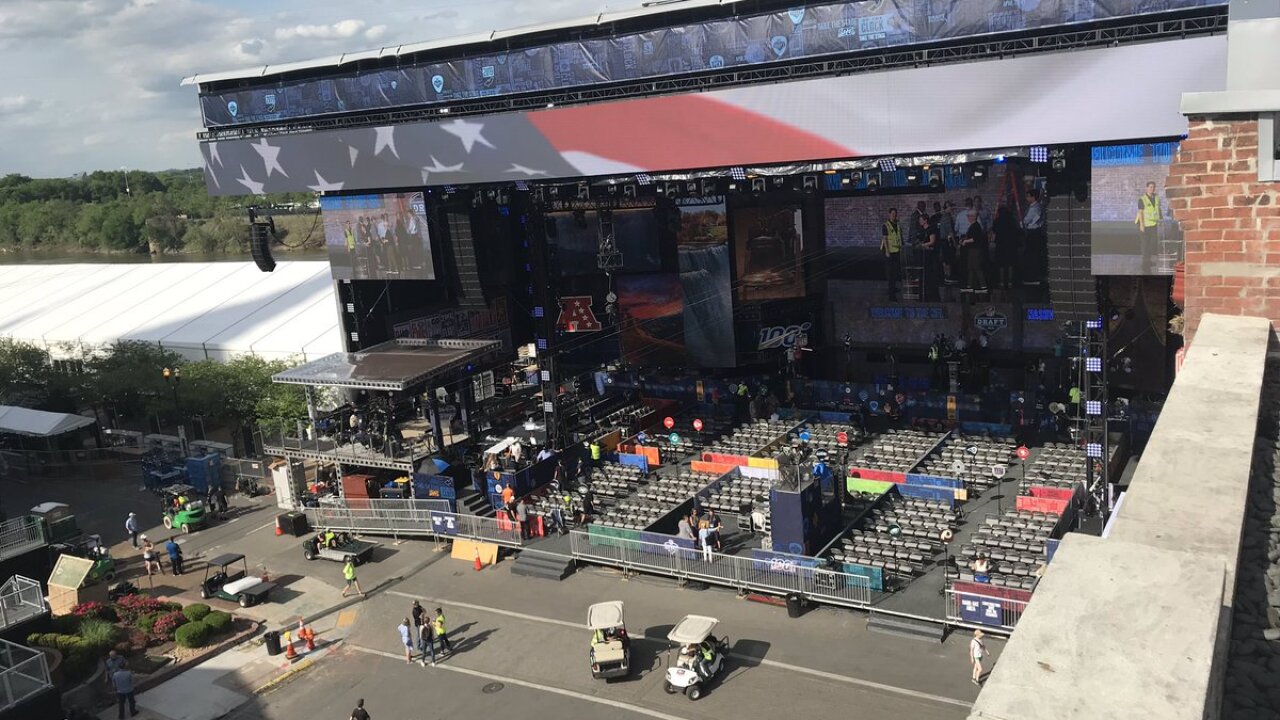 KANSAS CITY, Mo. — The new terminal at Kansas City International Airport, set to open in 2023, may have played a role in the city being selected to host the NFL Draft the same year.

In four years, NFL fans around the country will meet in the heart of the nation, Kansas City, known for its fountains and barbecue.

Kansas City Chiefs fans traveled to Nashville for the 2019 NFL Draft. Kathy Nelson, president and CEO of the Kansas City Sports Commission, attended the draft and said at the time that she was optimistic about Kansas City's chances of hosting the event in the future.

That optimism became a reality Wednesday.

Kansas City was selected to host the draft in 2023 instead of 2022. A location for the 2022 draft has not yet been announced.

“When that shiny new terminal is finished in early 2023, it will provide a welcome mat for the millions of people coming to Kansas City,” KCI spokesman Joe McBride said.

Those outside of the state see airports as a key requirement to award bids for major events, such as the NFL Draft.

Kansas City is currently one of 17 finalists to host a 2026 World Cup game. The city received poor transportation ratings in the FIFA Bid Evaluation Report, tying for the second-lowest score. Experts say that transportation also includes the quality of the airport.

“Kansas City competes against a lot of cities in the U.S.," McBride said. "They look at the infrastructure, but they also look at the airport and the nonstop flights into that city as well."