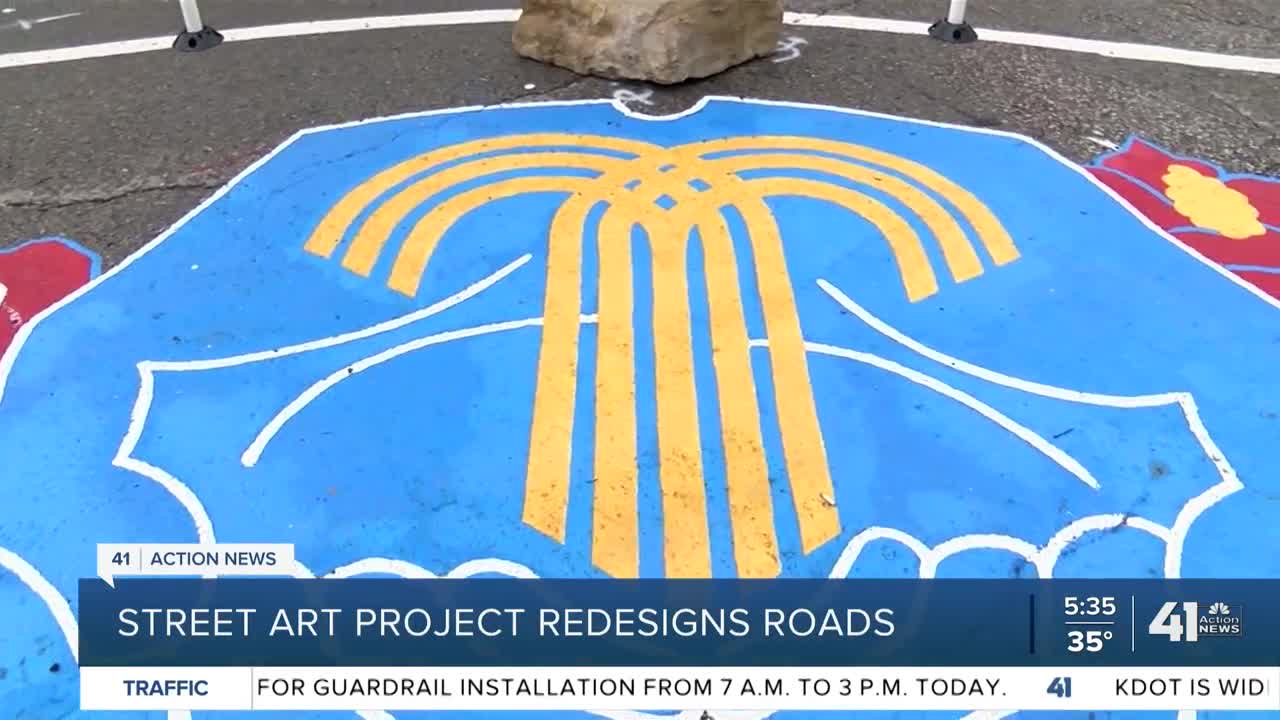 An art project on a Westport street hopes to beautify and also improve traffic safety. 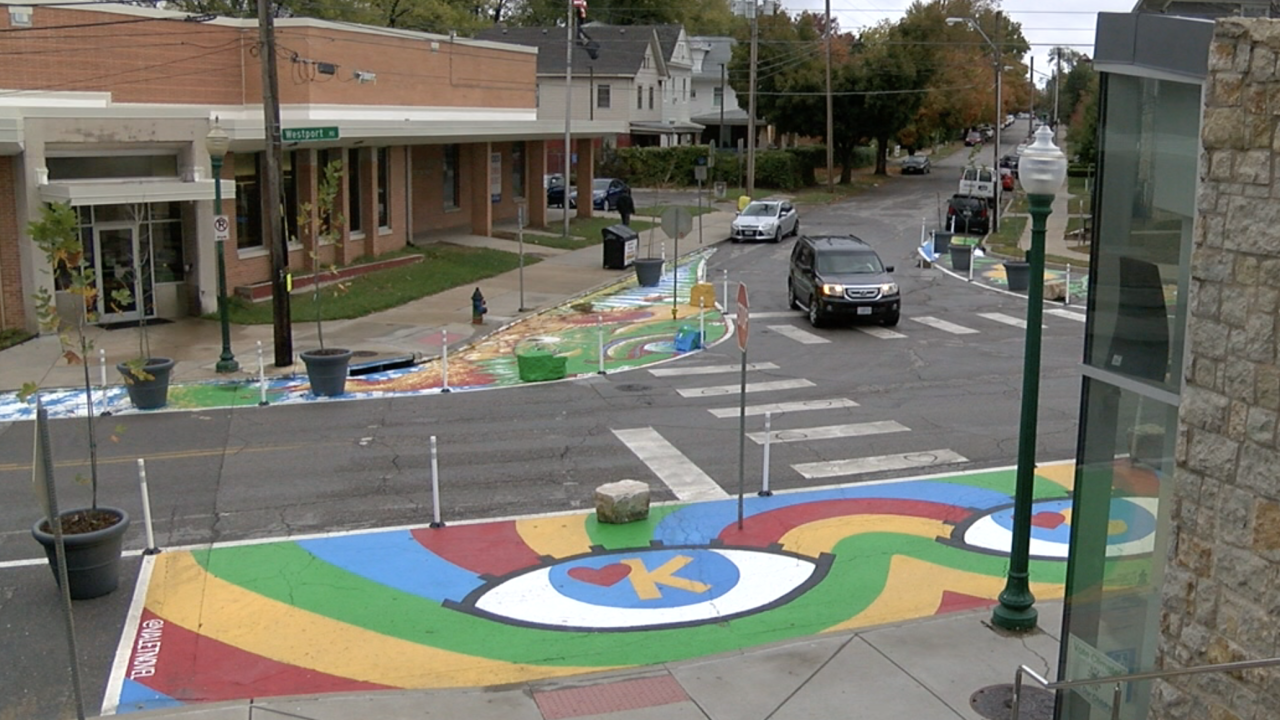 This month, something new along her walks through the entertainment district caught her eye: asphalt art.

“I think it’s really colorful, it really adds such vibrance to the area and I think it makes it more family-friendly,” Anatol said.

The city was one of 16 to receive a grant from Bloomberg Philanthropies over the summer to install art on the pavement. The city chose to install the project at Westport Road and Wyandotte Street.

Beyond using art to beautify the area, the project’s other goal is to improve traffic safety.

Maggie Green, the public information officer for the city’s public works department, said one of the main reasons people call the city is to complain about drivers going too fast on residential streets.

The artwork narrows the traffic lanes, shortens the length of crosswalks, adds designated parking for scooters and bicycles and also turns the intersection into a four-way stop, instead of just a two-way stop. They are all things which could slow down traffic and improve pedestrian safety.

“Sometimes cars come flying down this way [westbound on Westport Road] and ignore that crosswalk, which is painted on the street. So it’s nice to have something visual so people slow down and know people are crossing,” Anatol pointed out.

Green said the city collected data on the intersection before the art went into place, and will collect data afterward too. The analysis may lead to the city adding asphalt art to other intersections around town.

“We’re hoping we can learn from it, potentially do this in other areas with other grant funding or other traffic calming projects which may be funded through the Public Improvements Advisory Committee (PIAC) or something like that,” Green explained.

In the meantime, there are other ways for people in residential areas to slow down traffic.

During the summer, the city launched a temporary program called Open Streets KC, which blocks off through traffic. And the city has criteria listed on its website if a neighborhood wants to install a speed hump on a certain street.