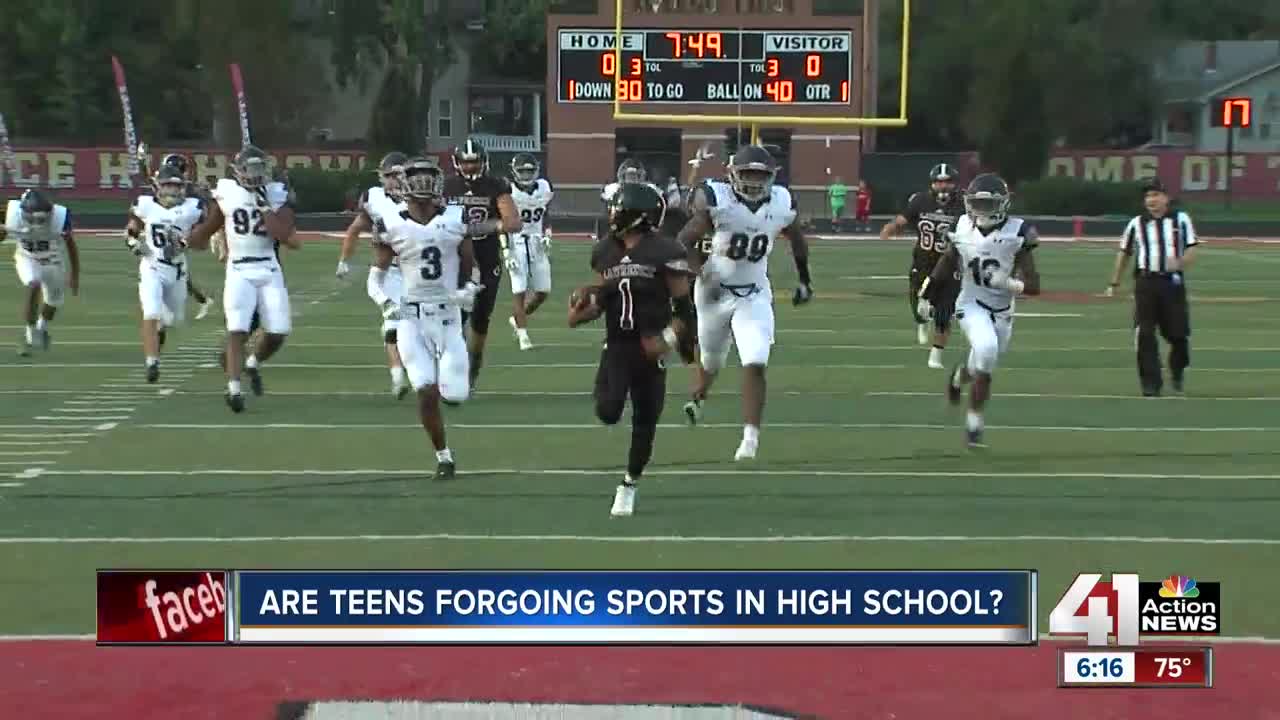 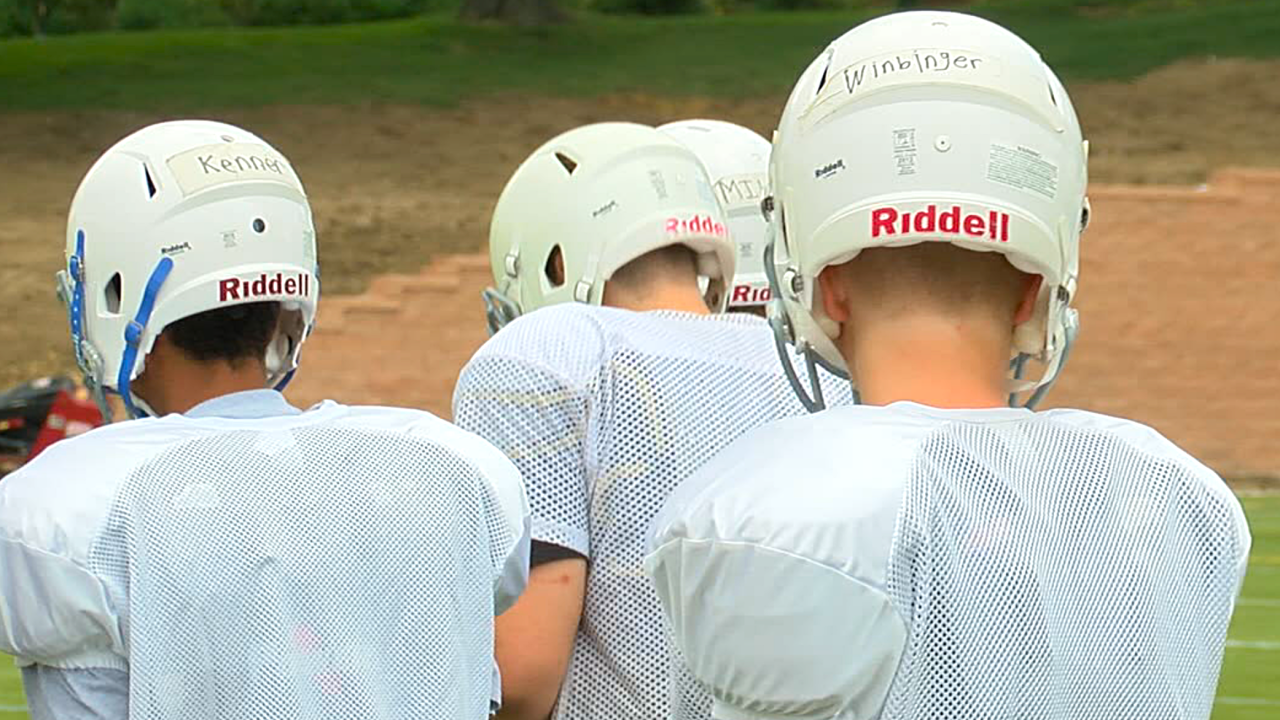 KANSAS CITY, Mo. — High school football season kicks off Friday for Missouri schools and for the first time in 30 years, a new study says participation in high school sports is down.

The study done by the National Federation of State High School Associations said basketball and football are the two sports seeing the biggest drop. The study found that during the 2018-2019 school year, the number of student-athletes dropped by more than 43,000 nationwide.

"I think our numbers are around 50 right now, so we'll play a JV and Varsity schedule, which over the last couple of years is down from our Freshman, JV and Varsity," Penrose said.

Penrose said high school participation numbers dropped in football after the district had to eliminate sports at the middle school level. Last year, the district was able to bring back middle school sports and is seeing a large turnout of students who want to play.

"We're seeing large numbers of students going out for sports and activities in the middle school, which we think will translate to them coming up here to the high school and our numbers going back up," Penrose said.

"We want to make sure that we get a lot of students involved not only in our athletics, but also really in our clubs and our activities that we do here," Singletary said.

Rockhurst High School said they are seeing the same fluctuation. Long-time head coach Tony Severino said he used to have 250 students, grades 9-12, go out for the team. Now, Severino said on average it's 200.

Severino said he believes the problem isn't concussions as many studies show, but sports specialization.

"I always tell kids, play as many sports as you can for as long as you can, by the time you're a junior or senior, you'll get it figured out which ones you like," Severino said.

In his 50 years as a football coach, Severino said more students are sticking to one sport and getting burnt out at a young age, or even injured.

Severino's focus is getting students involved and having fun again, which he hopes will get numbers back on an upward trend.

"Play sports for what it does for you and there's a lot of great things that happen in sports and learning to be a member of a team, alright, and competing," Severino said.

While the study said participation dropped last school year, the number of student-athletes was still the third highest the study has ever recorded.