The technology is called JAWS, Julie's Automated Waste-removal System. It's named after Julie Love, who lost her life in 2004 trying to clear debris off of I-435.

"What's so exciting about this vehicle is it removes debris without a person getting outside of the truck to move it," said Torrey Canady, MoDOT Vehicle Assist worker. "It saves time, it saves money and prevents a lot of accidents from occurring." 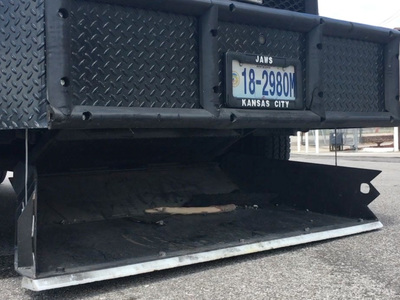 The technology was created by engineers right here in Kansas City and has been in the testing phase since last fall.

"It is equipped with a push bumper that moves debris and stalled vehicles out of lanes of traffic," said Canady.

The skid place can be lowered down onto the roadway to move the debris using a joystick. The operator is able to watch everything from a front camera that shows up on the rearview mirror.

The technology won a state-wide innovation award earlier this year.