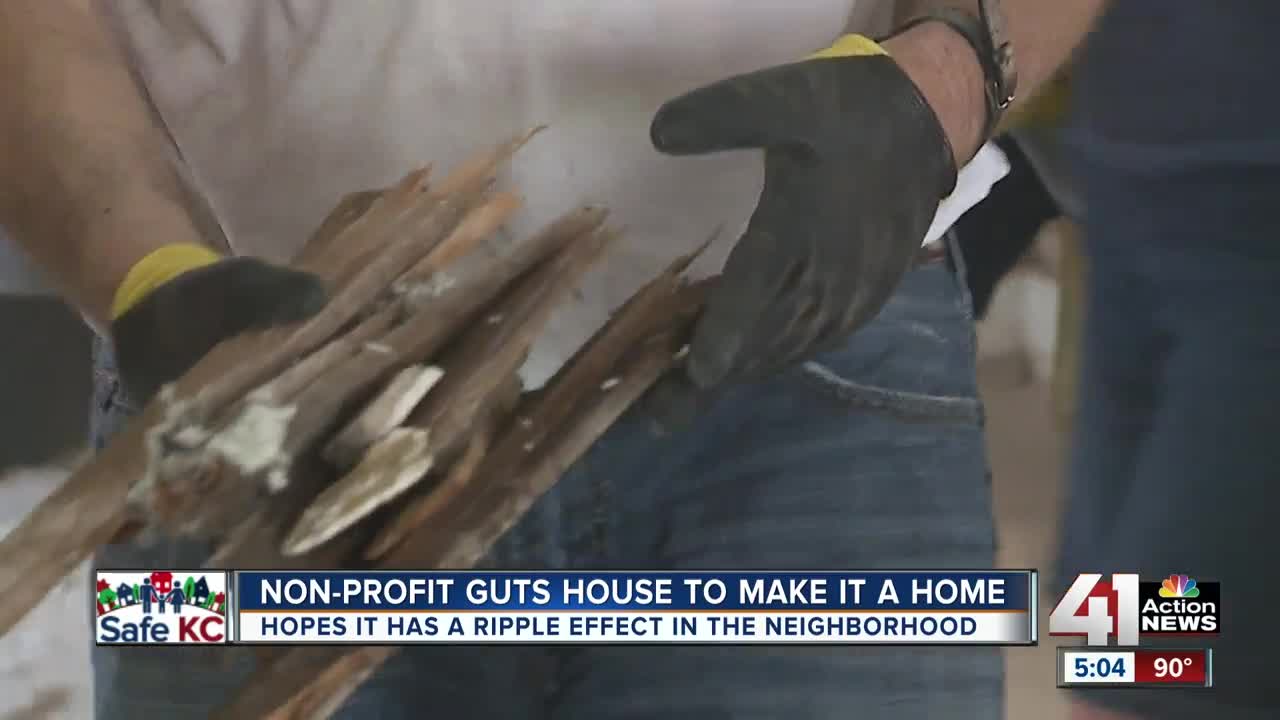 A local non-profit is renovating an abandoned house to better the neighborhood and prevent crime. 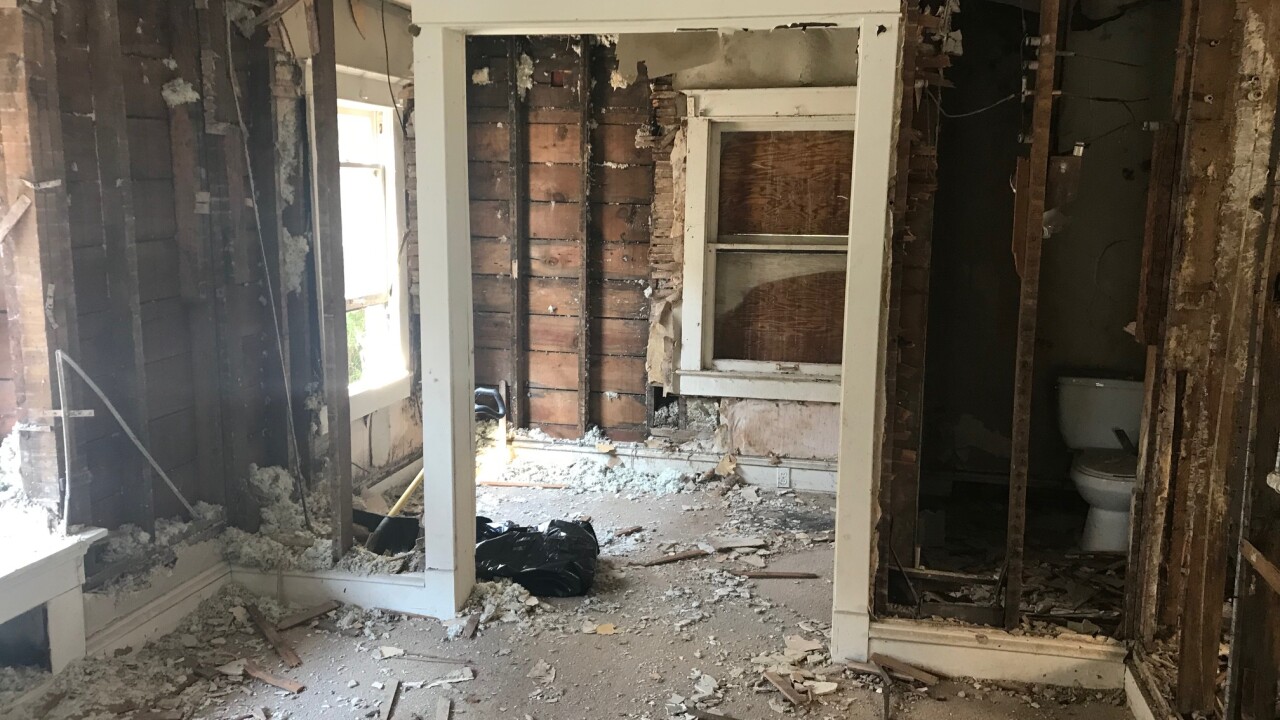 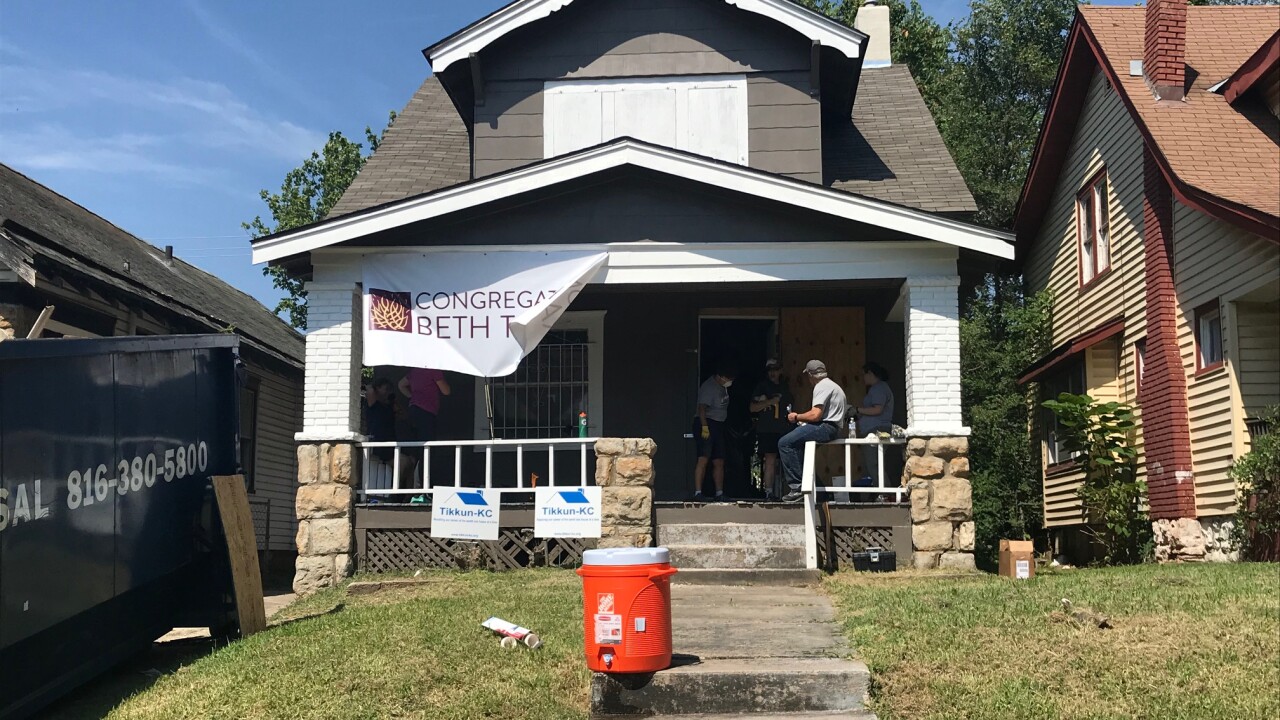 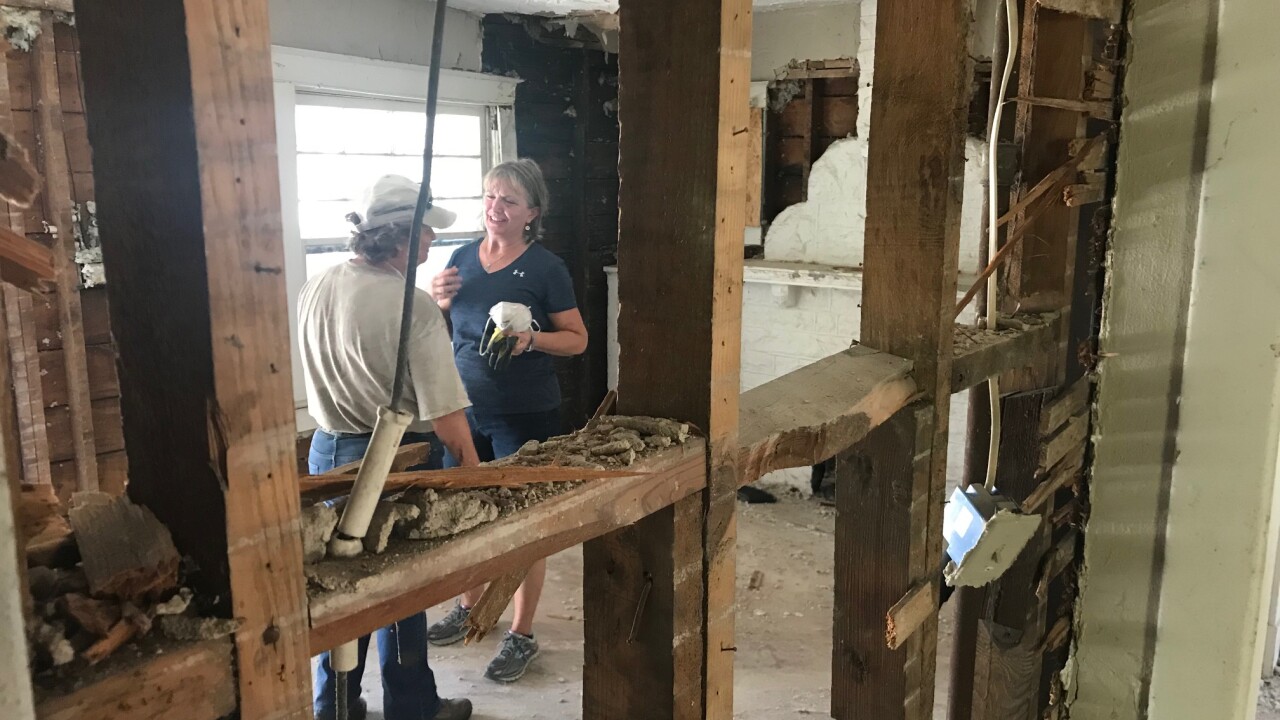 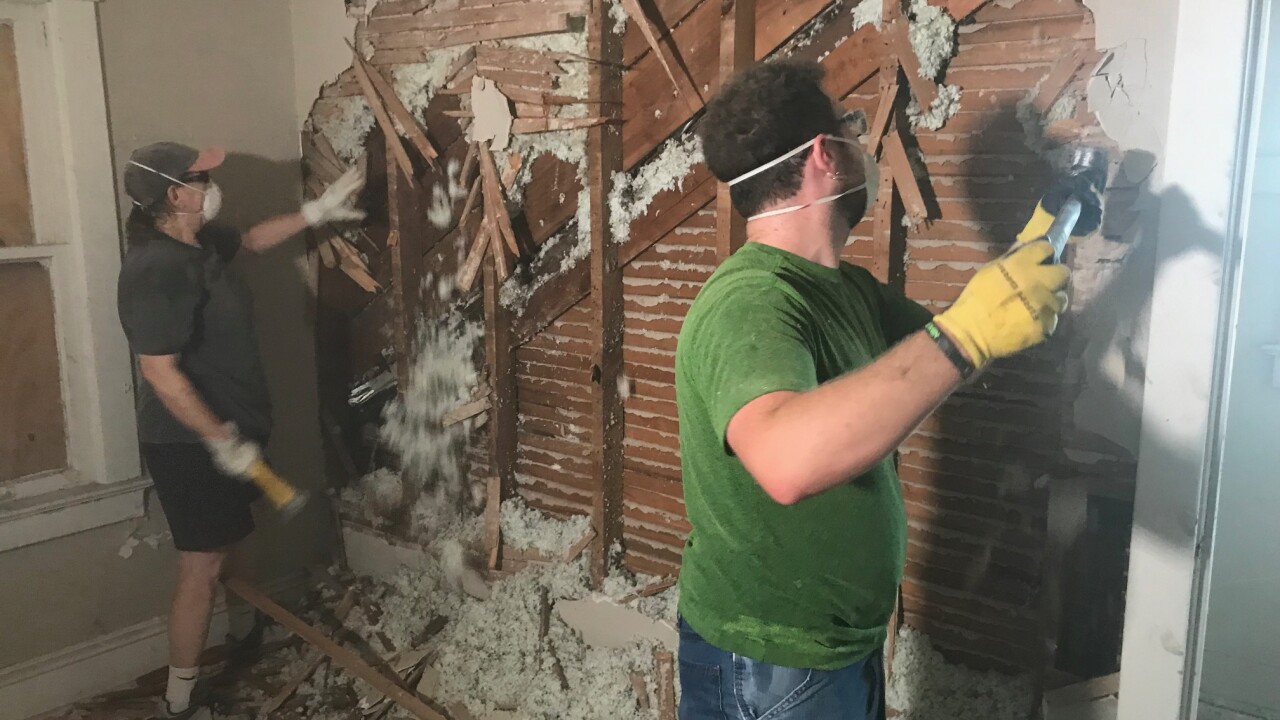 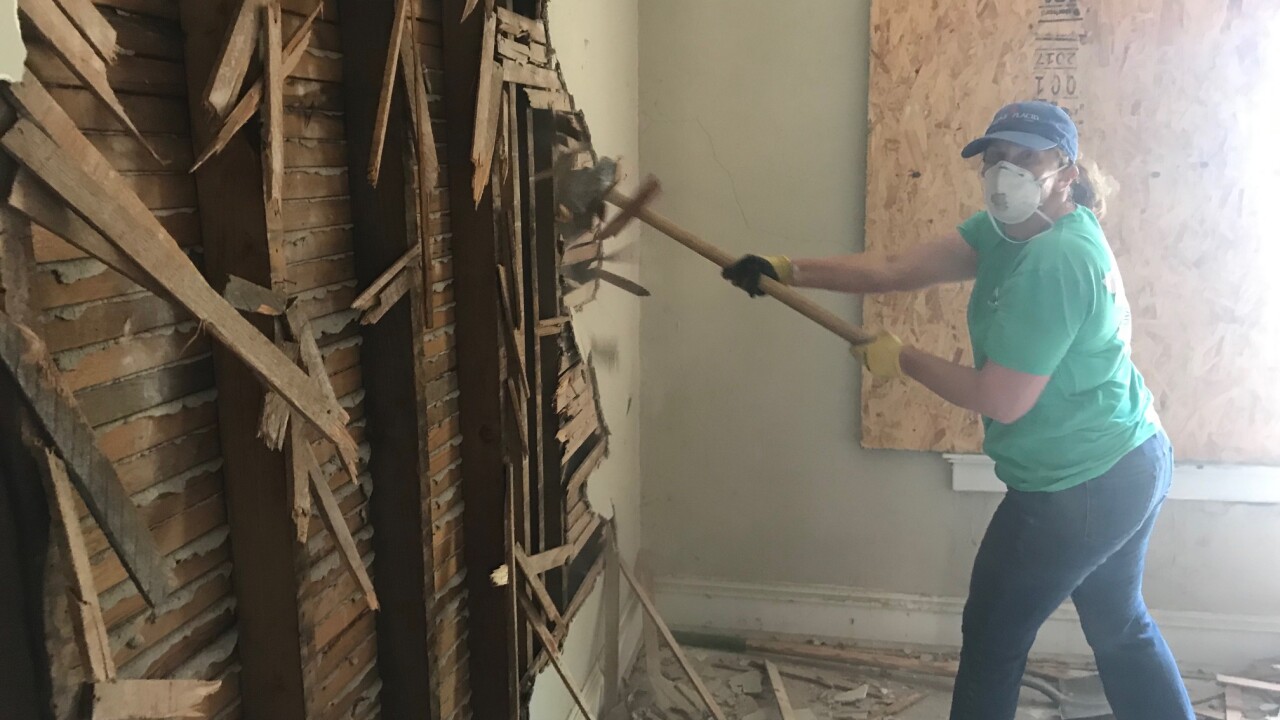 KANSAS CITY, Mo. — An abandoned house near 35th Street and Indiana Avenue is being gutted out in hopes a family will make it a home.

The nonprofit Tikkun-KC, along with volunteers, spent their Sunday transforming a house at 3532 Indiana Avenue in hopes that the renovation will not only beautify the house, but will have a ripple effect in the neighborhood.

Dozens of volunteers from Congregation Beth Torah joined Tikkun-KC in tearing down the interior of the house.

"There's nothing like beating a wall and feeling like you're doing something concrete to really make you feel like you're making some difference, even if it's small," volunteer Allison Roodman said.

It's a difference that could help the neighborhood reduce crime and eliminate vacant house fires.

"When there's nobody on this block like there has been, you had a big raging fire Thursday night on another house that we were actually looking at acquiring. Well now it's gone," Larry Myer, Executive Director of Tikkun-KC said.

They cleared more than two tons of materials out of the house. The hope is that by transforming this house, it will inspire a domino effect in the neighborhood, becoming a catalyst for renovating all of the abandoned houses that are on the block, because there's only one person who lives there.

"When you put a nice dent in the block, well all of a sudden the two or three people who live here, because there's not a whole lot of people who live on this block, will all the sudden come out and start trimming their bushes and they'll start cutting their grass, so it's kind of a ripple effect," Myer said.

Myer said the change could also bring businesses in.

"Somebody might come in and buy that and say this might be a nice corner grocery store," he said.

Those who live nearby the renovation like what they're seeing.

"I think it's a wonderful thing," Timothy Johnson who lives nearby said.

Many hope the work will bring long-lasting change to the neighborhood, which is affected by crime.

"Find people who are willing and not afraid to come to this area and buy them, fix them up and live in them, move into them," Johnson said.

The nonprofit is trying to make the neighborhood safer, one house at a time.

"I just think that it's really important that people have a good place to live and that our neighborhoods are safe," Roodman said.

The renovation should last another six weeks, with plumbers and electricians working on it next week.

The goal for Tikkun-KC is to buy more abandoned houses in the block, most of which are owned by the land bank.