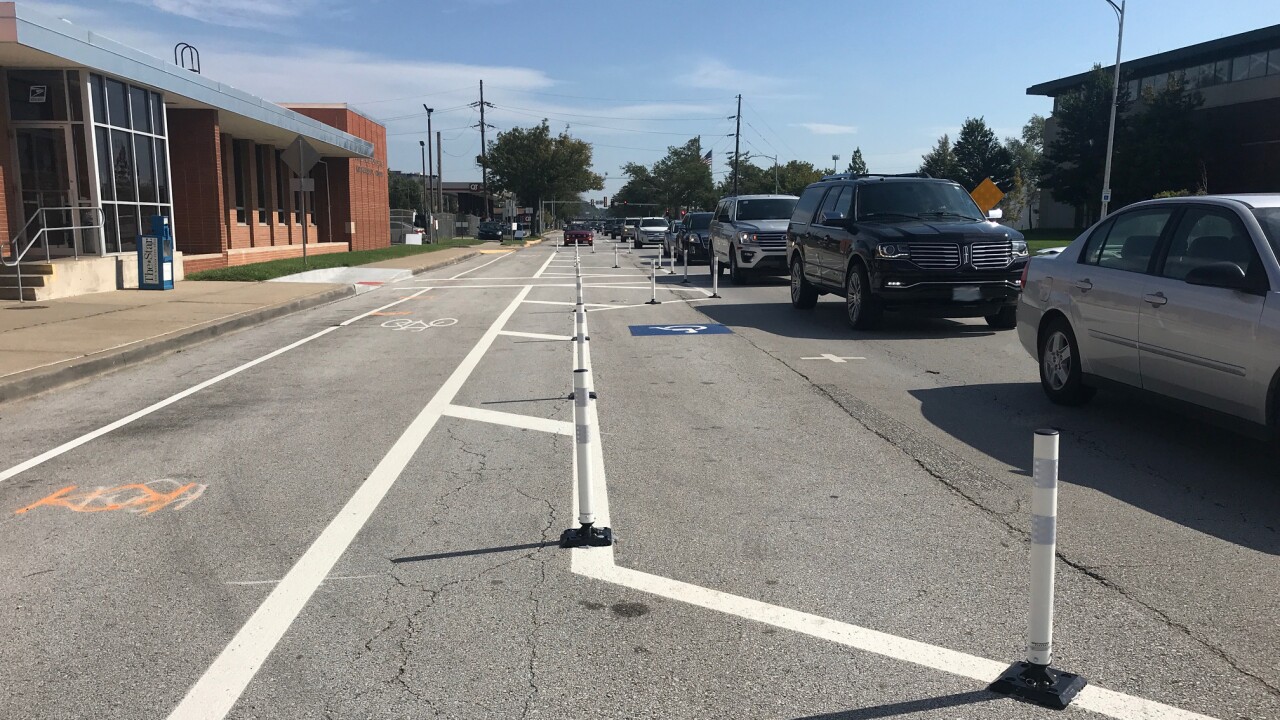 Andres Gutierrez
The new bike lanes on Armour Road in North Kansas City are complete, but many people aren&#39;t happy with the design.

The city installed new bike lanes and crews cut down the number of travel lanes on Armour Road between Ozark and Fayette Streets in an effort to make the thoroughfare a better road for walkers, bikers and drivers alike.

Since then, community members have voiced concern over the changes.

Among the chief complaints are new challenges for drivers navigating the redesigned road, and parking in front of the Mop Bucket and post office.

After a particularly contentious Oct. 15 public meeting, the council asked staff to identify short-term solutions for the parking issues at the two locations.

Tuesday, the staff presented its suggestions.

First, at the Mop Bucket, two on-street parking spots could be converted to a loading zone in front of Richards Park so the store can receive deliveries.

The council indicated it would approve that measure.

The first solution would narrow the bike lane to create more space between the driver’s side door and westbound traffic.

The second solution offered would convert the current parallel parking to 45-degree angle parking, which is already in place in downtown NKC.

The council decided to move forward with the 45-degree conversion, according to city documents.