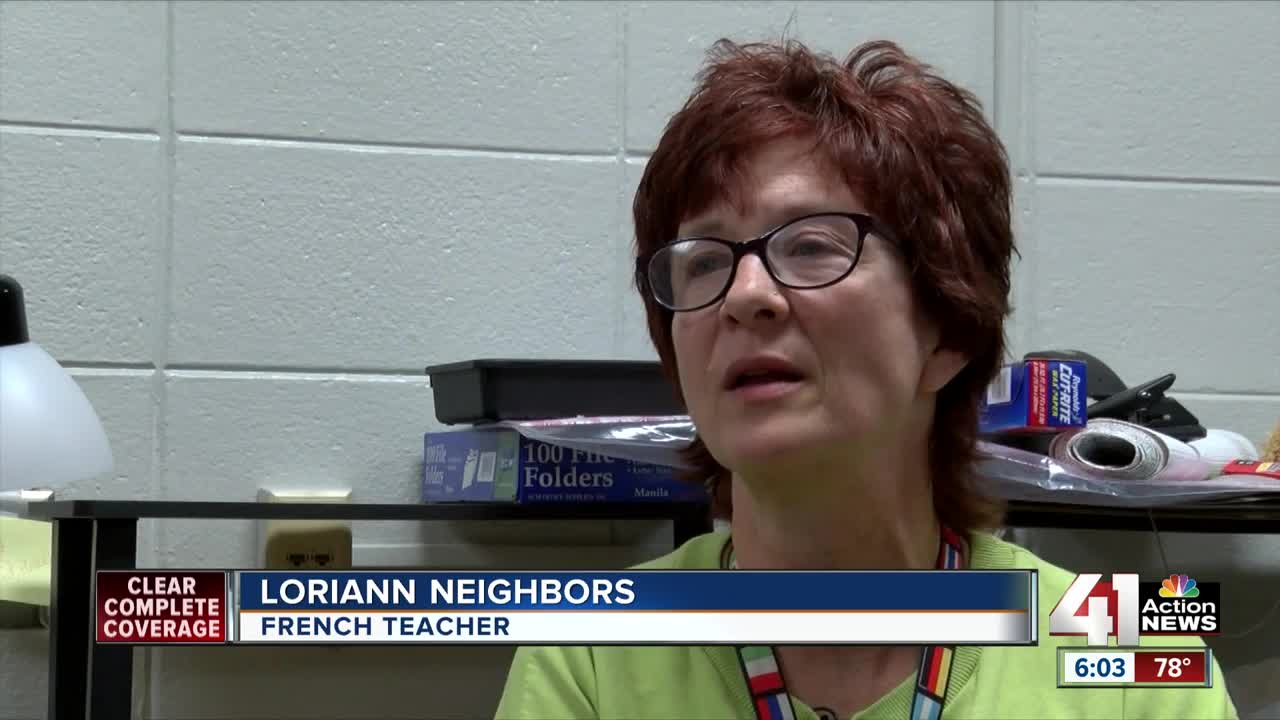 Bonner Springs students learn the the history of Notre Dame. 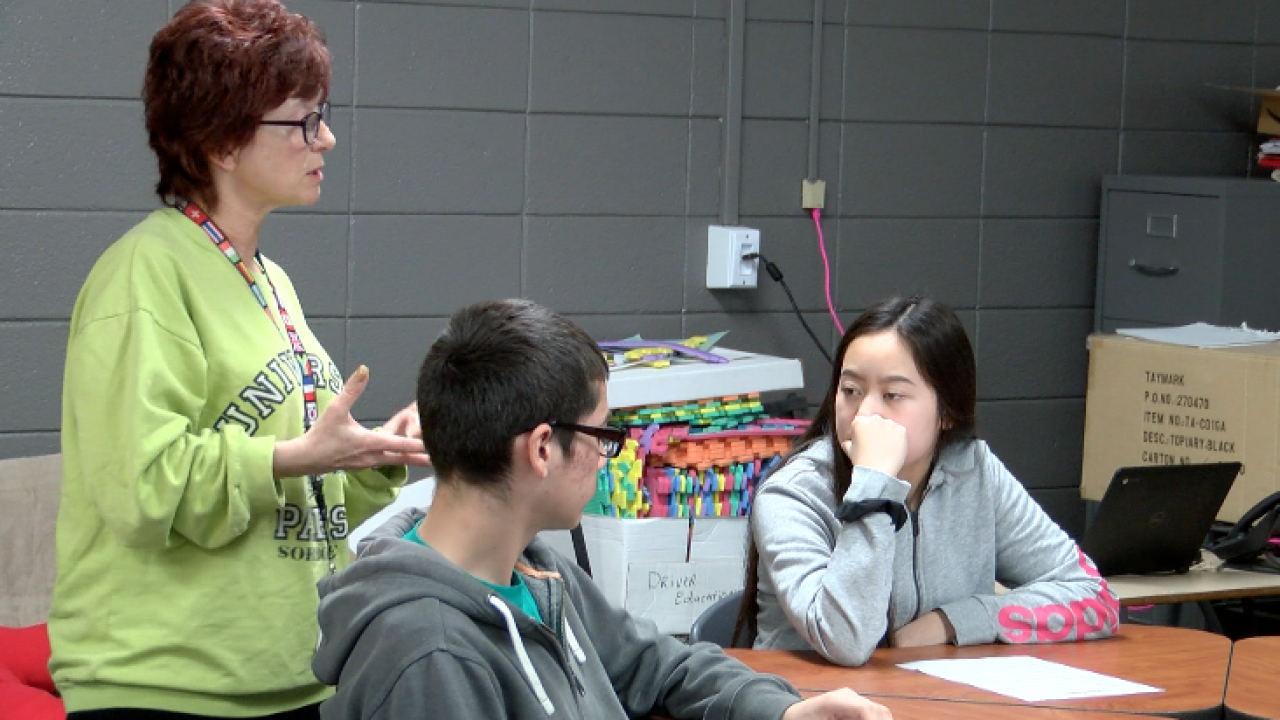 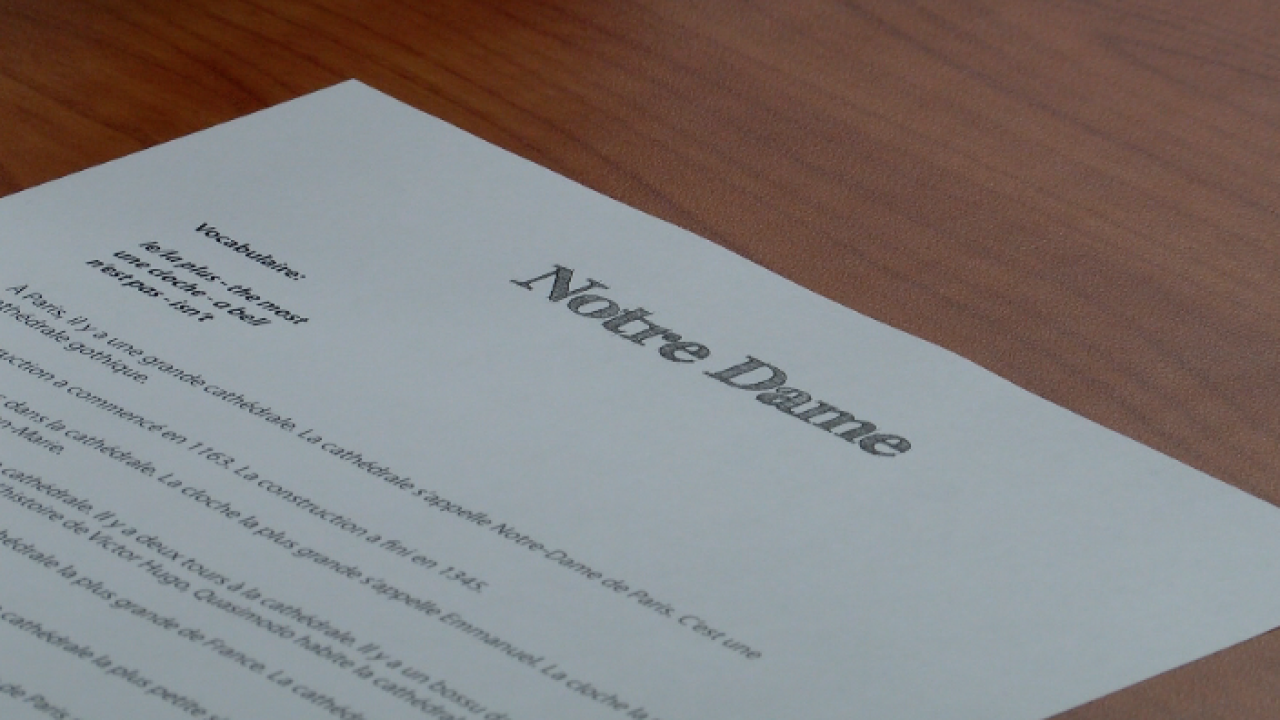 BONNER SPRINGS, Kan. — Following the fire and heartbreaking damage at Notre Dame Cathedral in Paris, a French class at Bonner Springs High School dedicated time on Tuesday to learning more about the landmark and discussing the impact of this week’s destruction.

The 856-year-old cathedral was the site of a massive fire on Monday, which burned the landmark’s iconic spire and most of its wooden roof.

For French teacher Loriann Neighbors, the developments in Paris were too big to ignore in class on Tuesday.

“I had some students stop me in the hall just after the news broke and ask me about it,” she said. “They wanted to know more about not only the situation that was going on in Paris but why was this such a big deal.”

Aside from viewing pictures of Notre Dame and going over its significance and history, the class also watched international news reports on the fire.

Seeing and hearing about the destruction of the cathedral later sparked discussion in the classroom, including how a similar incident would feel in America.

“I found that inside my classes today, the kids had something to say and they had questions to ask,” Neighbors said. “To me that says it was a good day in class, that even the most silent students spoke up.”

Sophomore R’moni Canady Dunn was one of the students who watched footage of the fire in class and spoke about the impact of what happened in Paris.

In particular, she said learning about the history of the Notre Dame Cathedral helped her understand the significance of Monday’s fire.

“It was built from people’s hands and people put their blood, sweat and tears into this building,” she said. “For it to burn down was really devastating.”

Moving forward, Neighbors hoped others could learn from the heartbreaking fire.

“That history that we take for granted being threatened, it’s something important to talk to about,” the teacher said. “There’s a certain connection and human connection that we can relate to even though we’ve never been there.”