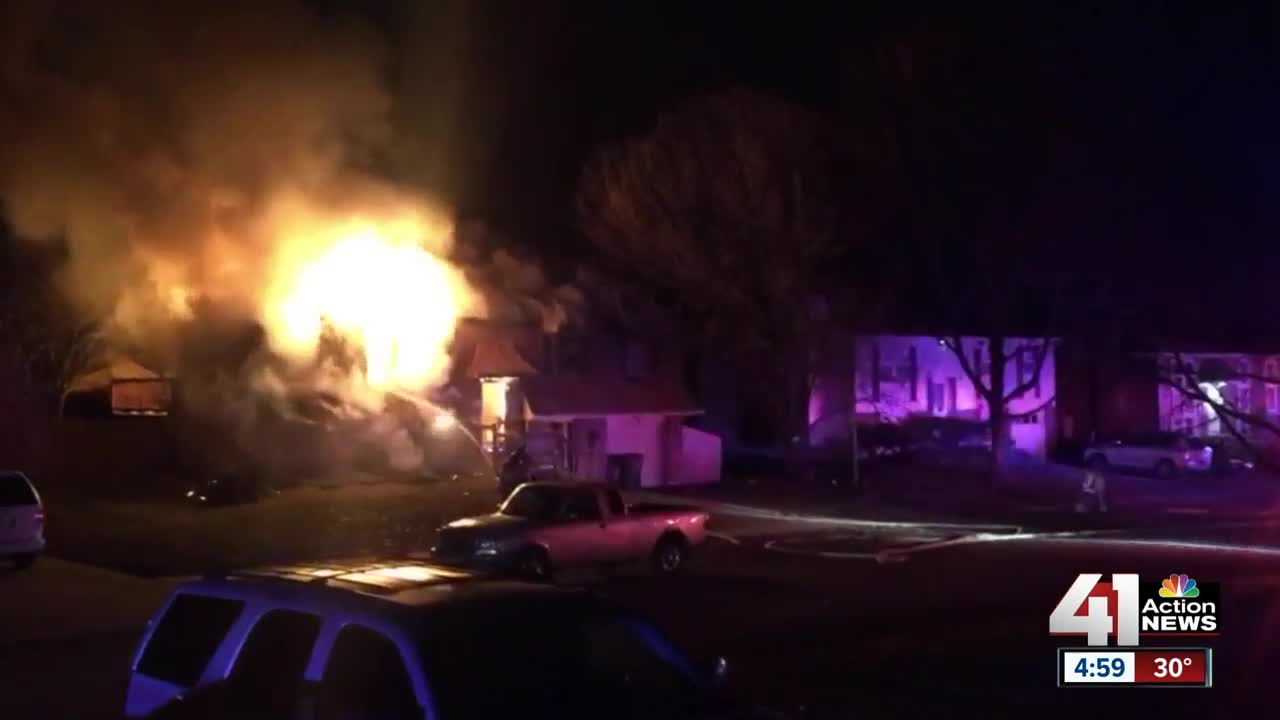 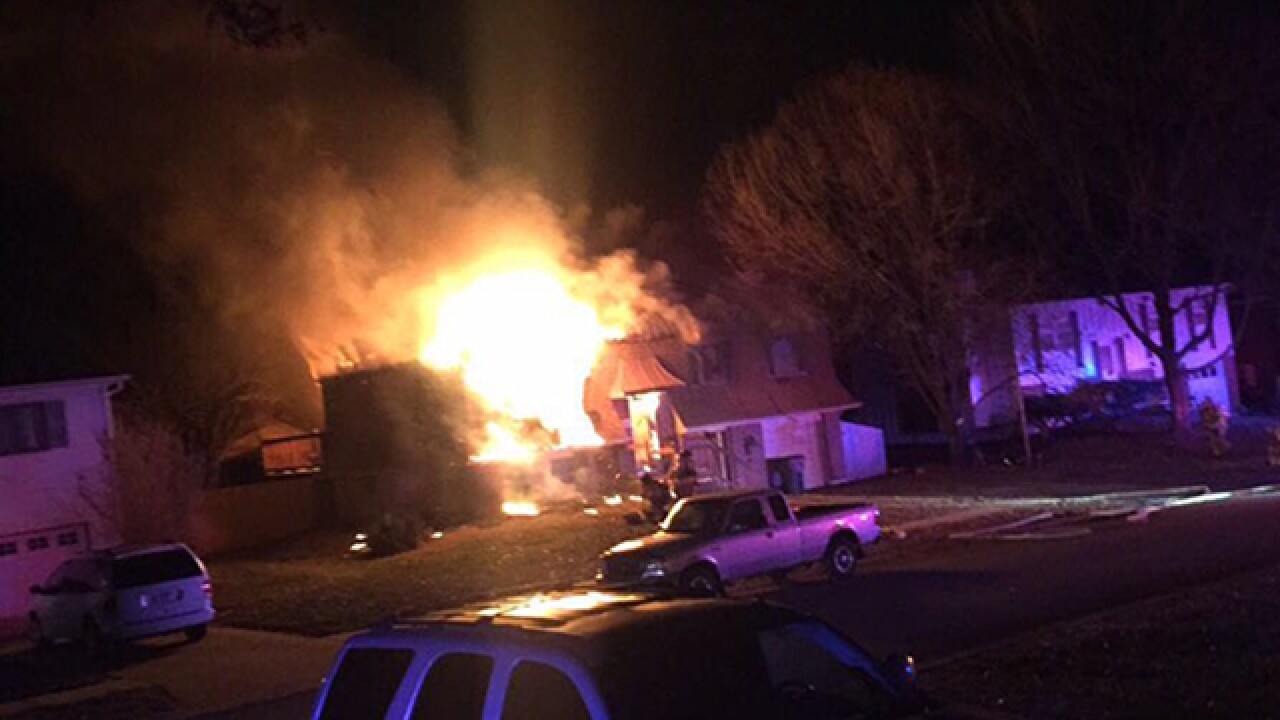 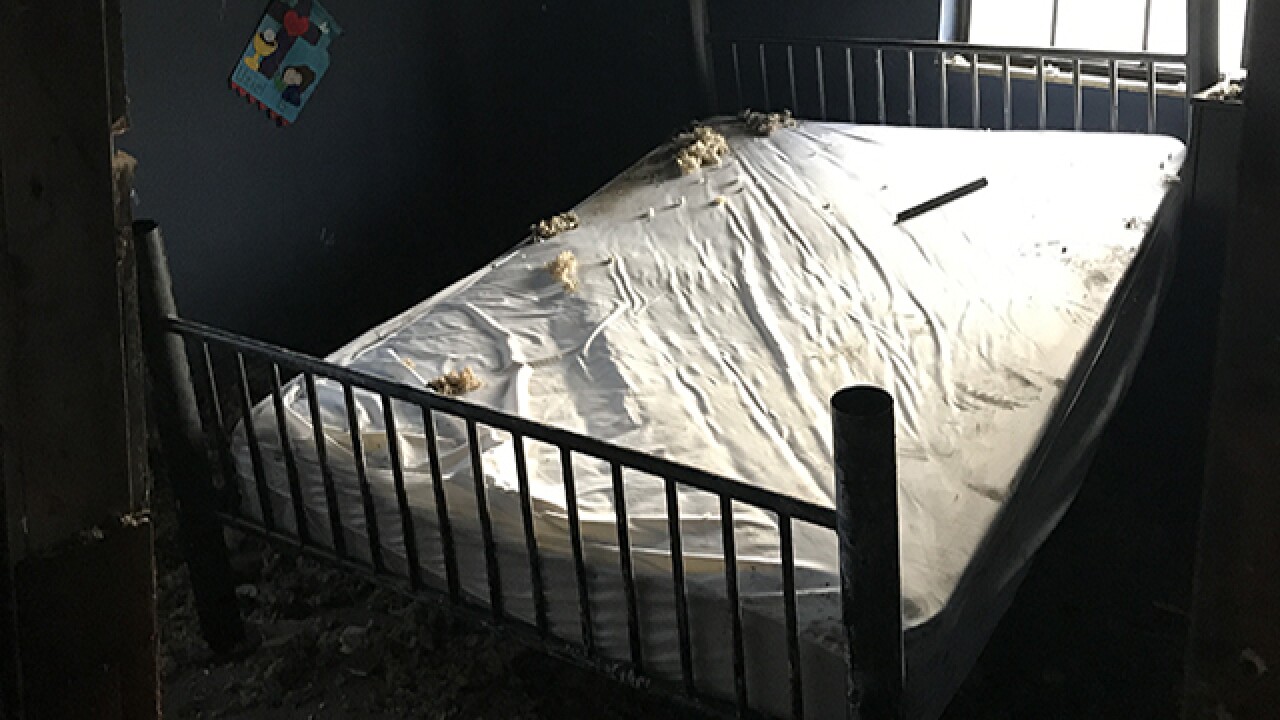 OLATHE, Kan. — A fast-moving fire early Thursday morning destroyed a home and displaced six people, three of whom jumped out of a window to escape the flames.

The smell of smoke woke up Graciela Pena, who found a wall of flames outside her bedroom on West Normandy Drive.

"We could just not go from this side because it's going fast, so we just broke this window," she said of the split-second decision to jump and escape the inferno.

The roaring flames also woke up neighbors on the 1700 block of West Normandy Drive.

"It was really bad. In like four minutes the fire came out from the windows and started on the yard," neighbor Yuliana Gonzaga said.

The acrid smoke was too much for Pena's 14-year-old son, who has asthma. He was taken to an area hospital, where he was treated and released.

The house's smoke detectors were not working, according to the Olathe Fire Department

"Our nose doesn’t work at night, so (smoke detectors) are the only alert system, and you only have two minutes to get out of your home when a fire starts," said Carrie Miller, a public education specialist at the Olathe Fire Department.

Miller and her colleague, Kristen Peterson, canvassed the neighborhood hours after the fire, reminding residents to check their smoke detectors.

"We always call the kids and make sure they’re checking theirs every six months," neighbor Dennis Sheehan said.

Miller said that the fire department sees an increase in fires once the temperatures dip.

"Everyone is turning on their heat, using different elements for heating such as space heaters, fireplaces, different things like that. With all those different heat sources, if they’re not used properly, it can lead to a fire," Miller said.

The American Red Cross and the Olathe School District have stepped in to help Pena and her family during this difficult time, right before the holidays.

"Everybody is fine, so that's more important," Pena said.

The department has free smoke alarms available to residents. It also provides help installing the alarm and will even replace the batteries.