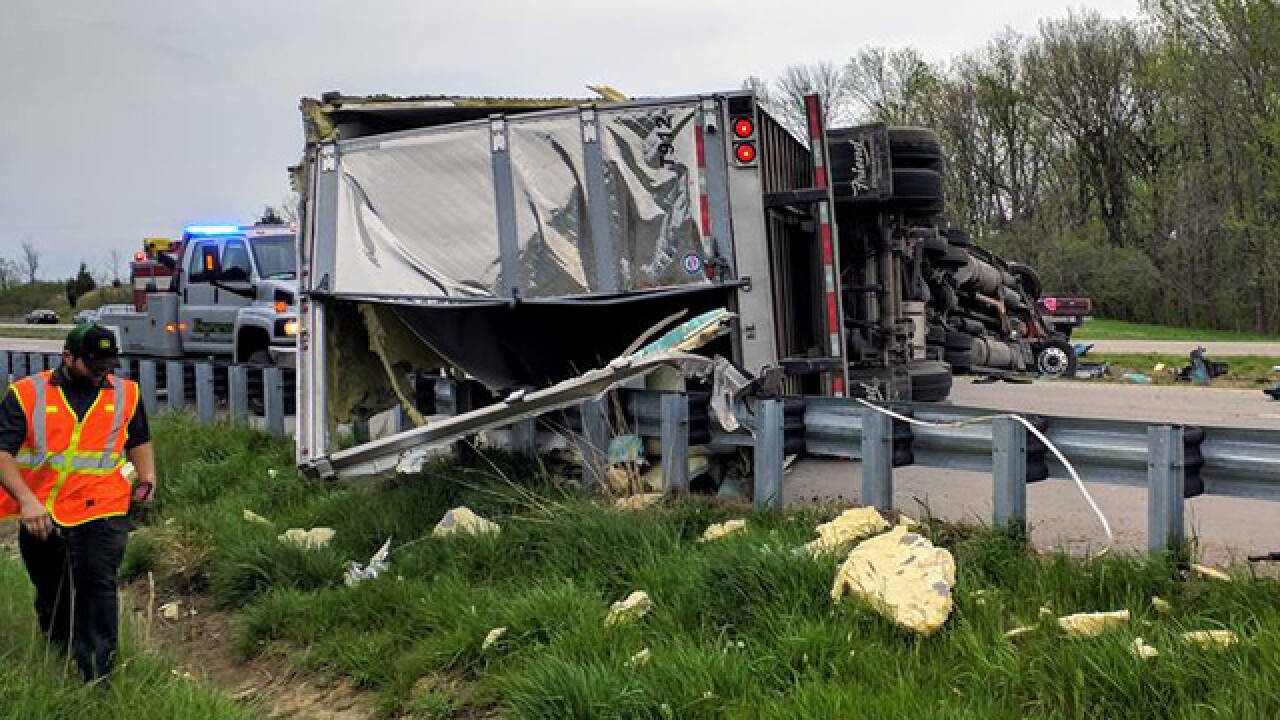 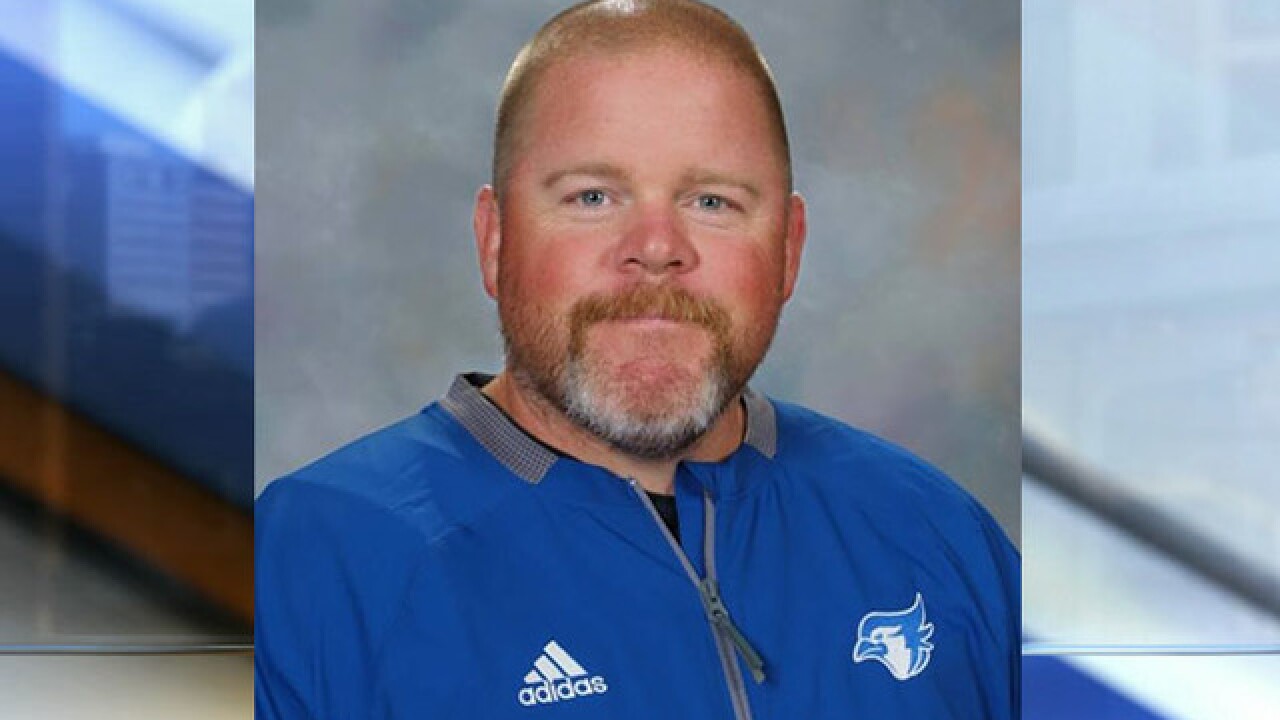 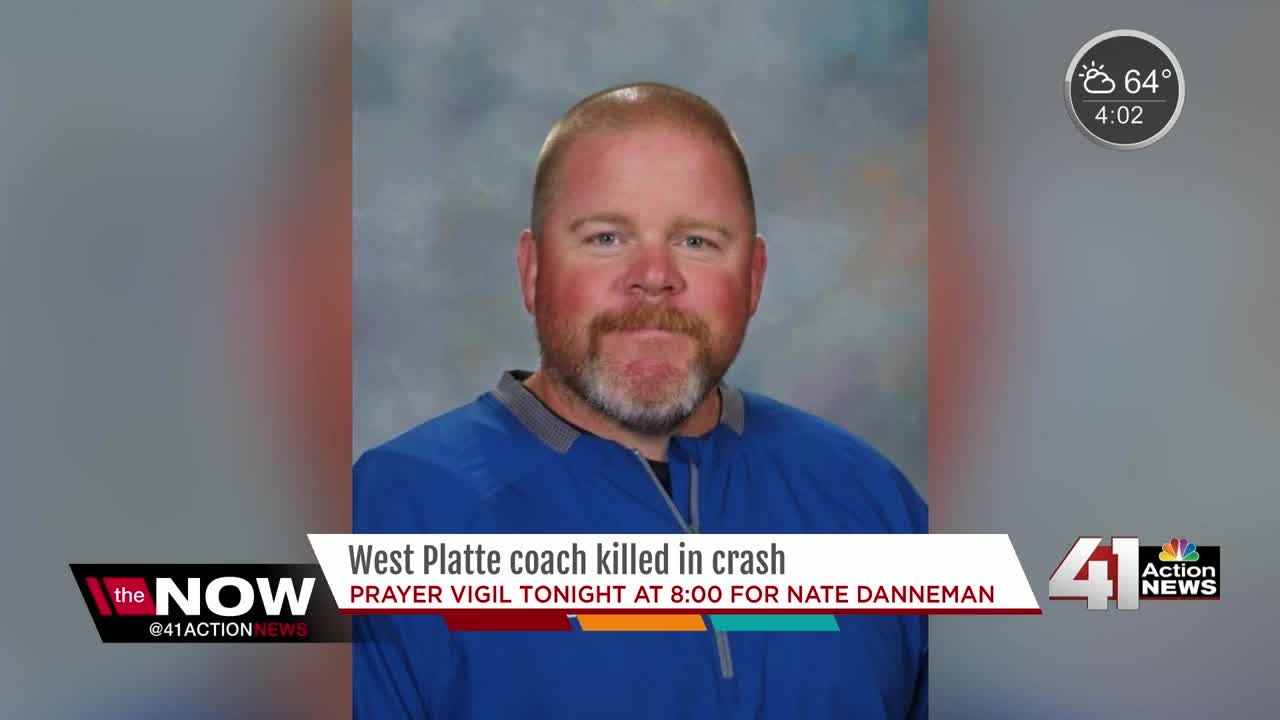 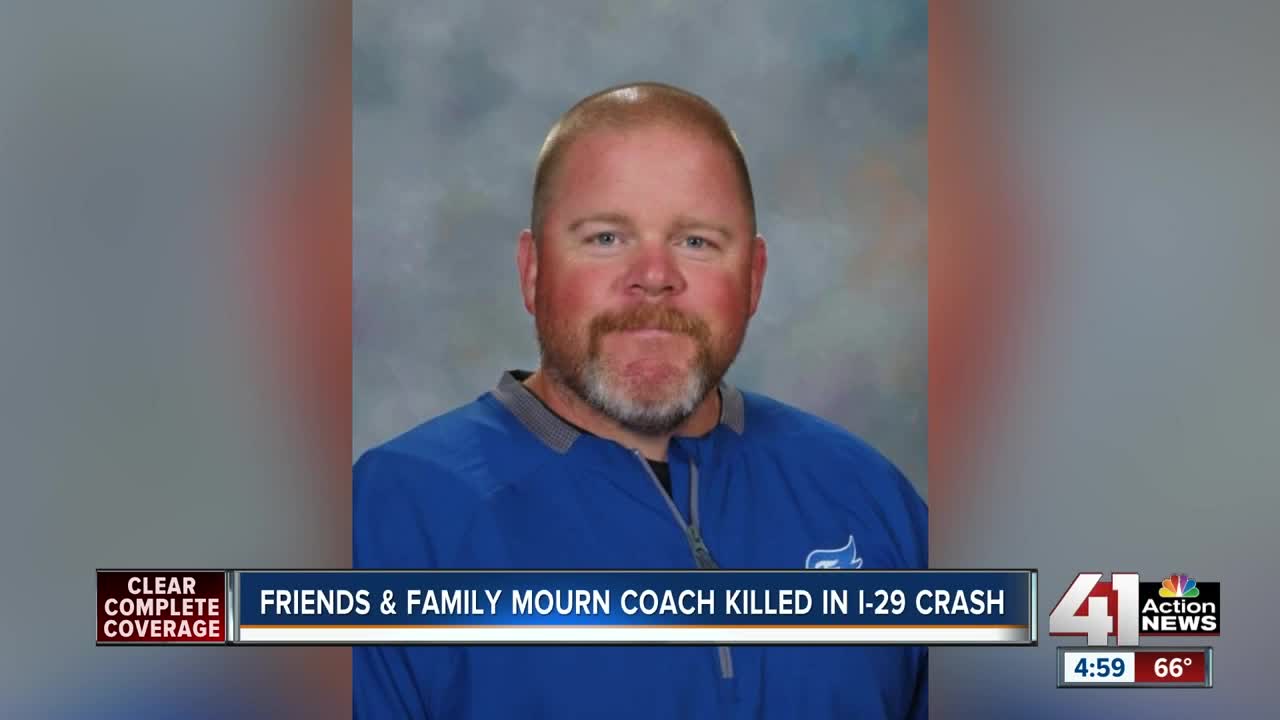 A West Platte High School football coach was killed in a crash involving a tractor-trailer on Wednesday.

Nathan Danneman was pronounced dead at the scene.

Danneman was the wrestling and football coach at West Platte High since 2013. He also taught P.E. and strength and conditioning.

According to the Missouri State Highway Patrol, two other vehicles were struck by the truck on Interstate 29 near Camden Point.

Three other people, including Danneman's 3-year-old daughter, were taken to the hospital with minor injuries following the four-vehicle crash.

A witness told 41 Action News that the tractor-trailer appeared to lose control on the northbound side of the highway and slid into the southbound side.

The wreck closed southbound Interstate 29 and slowed traffic on the northbound side while crews worked to clean up the roadway.

All games and meets were canceled at West Platte High School Thursday afternoon, and all practices were shortened and made voluntary.

"He's one of those guys that every kid in the school loves and respected," said Kent Stelljes, former Weston mayor and friend who worked with Danneman.

"He had more energy than a man five times his size. Just was always boisterous and you knew he was out there giving 100 percent at everything," said Stelljes.

Friends from across the state also remain in shock, including former high school teammates who noted the coach's unequivocal passion.

"He meant a lot to everyone because, everything that I saw from my days when we were both teenagers up through now, he's one of those people you can come to if you need anything," said Gary Anthony, a high school teammate of Danneman's from Rockwood Summit High School.

Several former co-workers, players and students also reached out to 41 Action News to explain how special Coach Nate was.

"Coach Danneman was the kind of guy that left a lasting impression on anyone that was close to him. He was the kind of guy that nobody ever had anything negative to say about. As players, he taught us many things that carried over into the rest of our lives. He went above and beyond what you would expect out of any coach or leader. You can't ask for a better friend, mentor, and role model. Everyone is hurting for those closest to him. Thanks to Coach, we are all a family and we are all going through this together. There is no doubt that he will be missed by many, including myself." - Trevor Stewart, football player coached by Danneman from '08-'13

"Nate was an outstanding individual. One who would put others' needs above his, a great family man to the 3 girls in his life, awesome coach and wonderful teacher. We shared the bond of both being P.E. teachers although he took it to the next level with all of his added time and commitments to coaching. He will be remembered for his dedication to education, young athletes, friends, family, and for his love for hunting. He will be deeply missed by all that had the privilege to know him." - Ryan Cook

“Coach Danneman was the type of teacher that all teachers strive to be. You never saw him without a smile on his face, he could make you laugh no matter how your day was going, and he always believed in you, even when you didn’t believe in yourself. I had Danneman as my weightlifting teacher my senior year of high school. I was the only girl in any of his weight classes, but that didn’t stop him from treating me like one of the guys. My favorite memory is from our last week of class. As our final we had to max out on all the lifts from the semester to show him how well we progressed. He told me if I could deadlift the same weight as the guys in my class he would give me an A. Of course, we all knew that wasn’t going to happen, but he never let me believe I couldn’t do it. Even after I failed he told me he was amazed at how far I got it off the ground (not even an inch). Not only was he a good teacher, but he also excelled at being a coach, friend, husband, and father. He will be missed by the entire West Platte/Weston community. In the words of Billy Joel, “only the good die young,” and how true that is. Rest easy, coach." - Shannon Lee, former student.

A GoFundMe has been set up by Danneman's twin brother: https://www.gofundme.com/nate-danneman-memorial-fund

A vigil will be held at 8 p.m. Thursday at the football field behind West Platte High.