One year after she was shot in the head, 9-year-old goes back to school 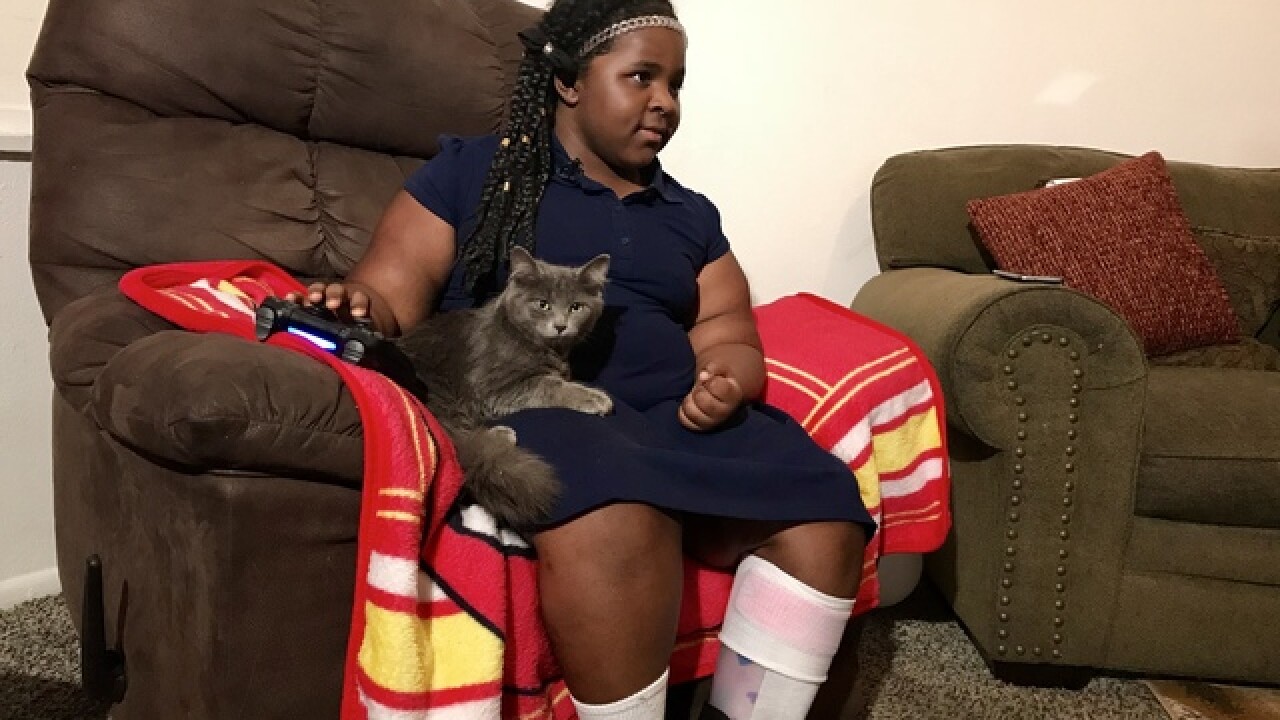 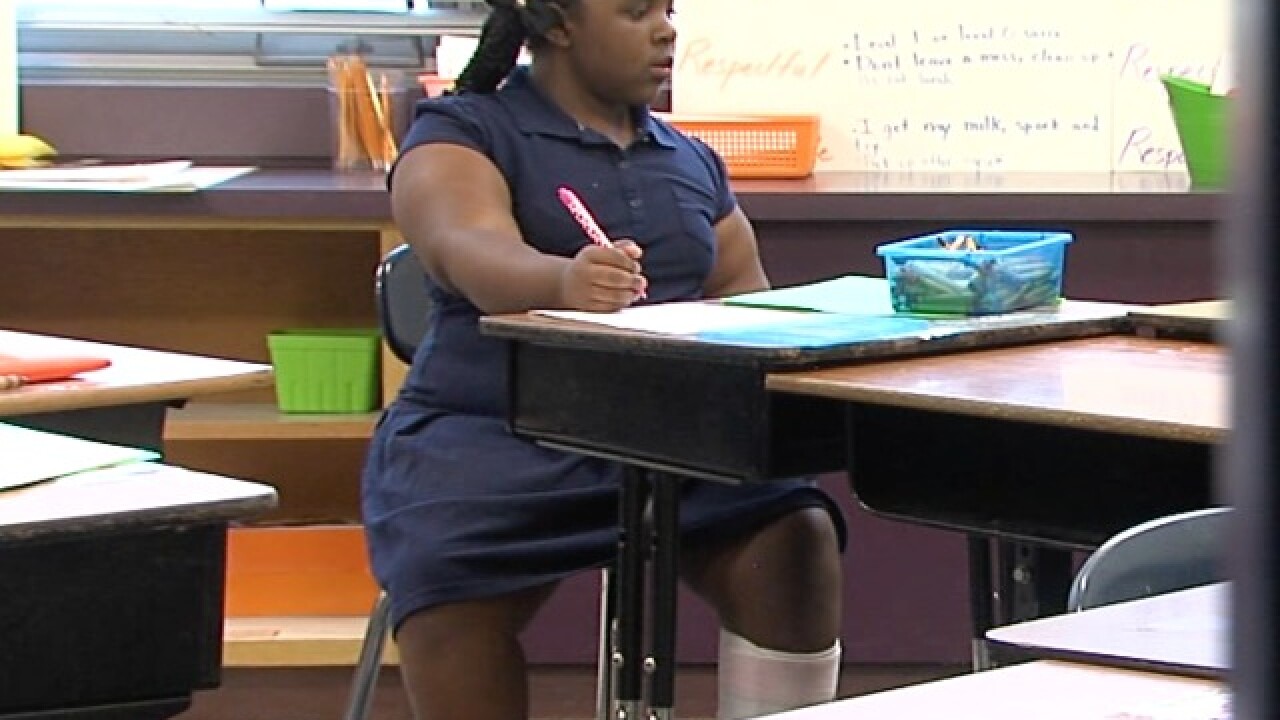 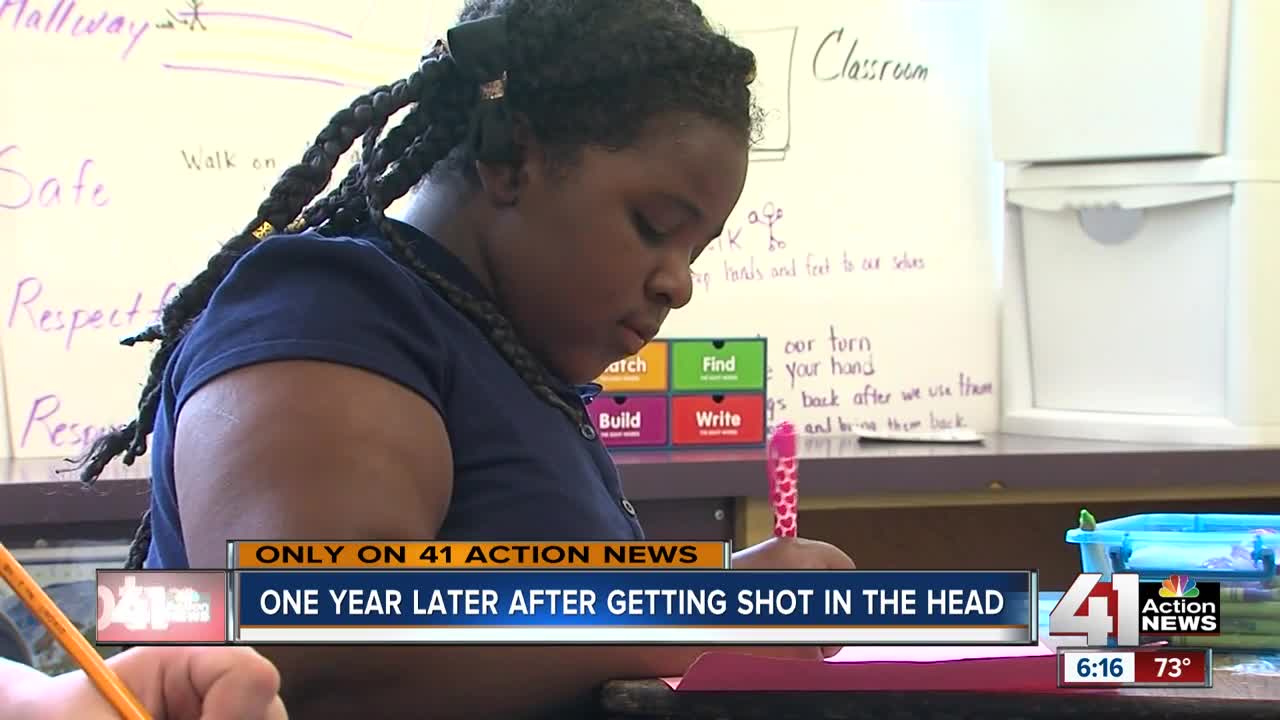 KANSAS CITY, Mo. — One year after a gunshot to the head almost ended her life, nine-year-old Tishawn has overcome the odds and is headed back to school.

Tishawn, who was eight years old at the time, was shot in the head while at a playground in Kansas City, Missouri. Now, Tishawn is embarking on a new journey, one her family says is a miracle.

We were there when Tishawn went back to school for the first time in over a year.

Tishawn was dressed in her school uniform, watching YouTube videos as Slayden fussed over her newly-done hair.

Day-to-day life is different now for the family. Slayden helps Tishawn in and out of her wheelchair, though she prefers not to use it.

"It's been difficult. We overcame some of them obstacles with her," Slayden said.

But life isn't any less sweet.

"Her comeback game is good, real good," Slayden said. "Like I said in the beginning: spunky, feisty, fierce, that little girl. She's something else."

"We did math yesterday. I got that done quick!" Tishawn said. She likes math.

It's hard to imagine that she was barely holding on to her life in a hospital bed not too long ago. One year ago, Tishawn was playing outside the Blue Valley Court apartments where her family used to live when a child brought a gun to the playground. Another child got a hold of it and accidentally shot Tishawn in the head.

"She remembers what happened," said Slayden. "It changed all of our lives."

Tishawn has a hard time moving the left side of her body, but she's working on it.

She's gone through rehab for a year, although now she's on a waiting list with Ability KC after Slayden had to change their insurance.

A therapist comes to see Tishawn every week, who urges her to remember what happened and talk about her feelings.

"I mean, she'll talk about it then she won't talk about it. She'll drift off into another world," Slayden said.

But Slayden has confidence that her daughter will grow up to live a normal life.

"She's like very independent now where she don't want you to touch her. Like, 'I got this,'" said Slayden.

As wonderful as it is to see her use the wheelchair less and less, the family said they need something more.

"Justice, really, is what we need," Slayden said.

41 Action News has repeatedly asked authorities when someone will be held accountable, but no one seems to have an answer.

Jackson County Prosecutor Jean Peters Baker recently weighed in on the topic of safe gun storage on Twitter. She said in instances where a child gets a hold of an adult's gun and harms someone, it's hard to press charges because no safe storage laws exist in Missouri.

Baker said, "Charges will be filed when the facts support a different law violation. I’ve charged endangerment or involuntary manslaughter when appropriate."

Slayden said justice will mean more than anyone knows.

"It's an everyday struggle, but we're getting through it, trust me. With God's will," she said.

Tishawn has truly beaten the odds, and she knows it, with every stride she takes toward a positive future.

The family has a GoFundMe  page set up to help with expenses.