OP Police continue snake round up 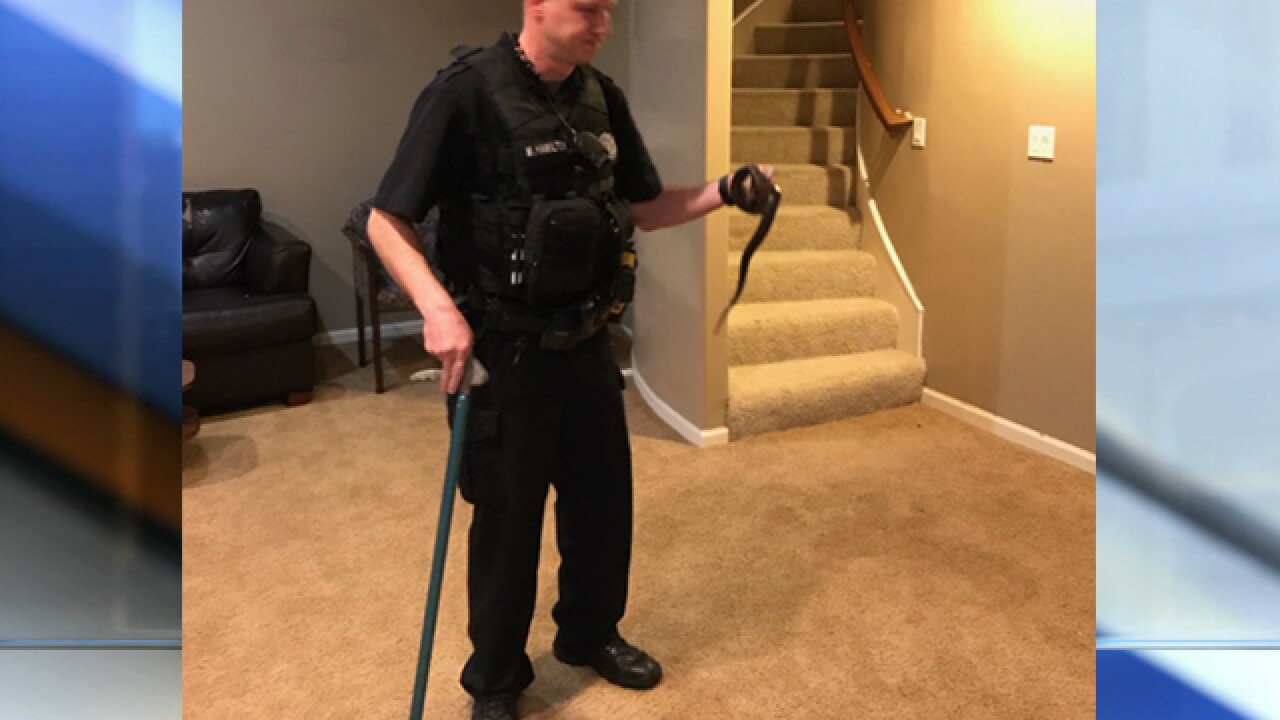 KANSAS CITY, Mo. – Overland Park, Kansas, police were quick to emphasize there’s no snake problem in the city after rounding up the second snake in less than two weeks.

The police department tweeted Tuesday morning that officers rounded up a four-foot snake from the basement of an Overland Park home Tuesday.

Meanwhile in Overland Park, we are still rounding up snakes. This one was in a basement of a home.  Again, we do NOT have a snake problem in OP, your kids are safe indoors. pic.twitter.com/YwHDzCss7v

The news comes less than two weeks after police found a 20-foot long boa constrictor on the front porch of a home near 103rd and Metcalf. The owner of that snake never came forward.

If you see a snake in your home you can contact Overland Park Animal Control .