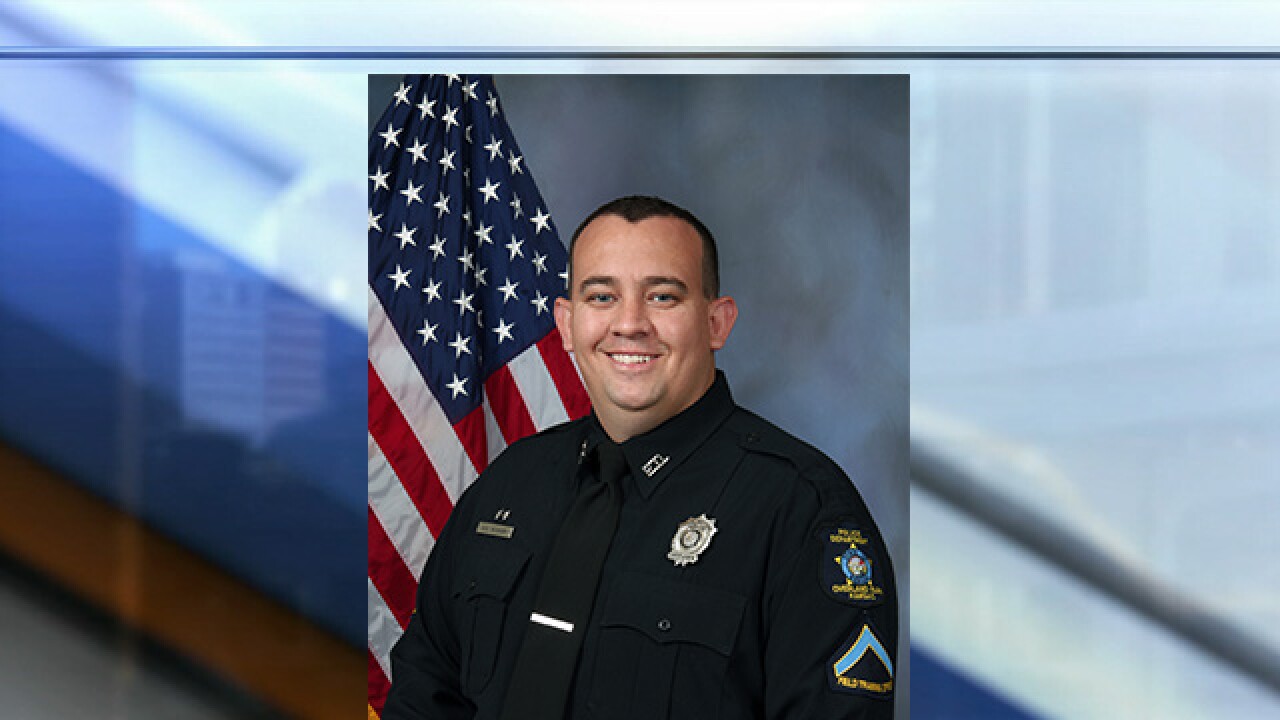 Courtesy OPPD
Overland Park Police Officer Michael Mosher was killed in the line of duty on May 3, 2020.

KANSAS CITY, Mo. — Michael Mosher, a 14.5 year veteran of the Overland Park Police Department, was killed in the line of duty Sunday night.

He died following a shooting after pursuing a hit-and-run suspect, identified Monday as 38-year-old Phillip Michael Carney of Overland Park.

"He loved being a police officer," Donchez said.

The camaraderie among police officers, according to Donchez, was seen in officers who were on scene at the shooting earlier in the day.

"That’s how they feel," Donchez said. "There’s a camaraderie... It runs deep. It’s in your blood, and I know it was in Mike's blood, for sure."

Kansas Attorney General Derek Schmidt said in a statement that Mosher's "senseless death" is a reminder of the "debt of gratitude" owed to law enforcement.

"Officer Mosher was a respected law enforcement leader, and Jennifer and I join all of Kansas in lifting up in love and prayer his family and the entire metro law enforcement family at this heartbreaking time,” Schmidt said in the statement.

Mosher leaves behind a wife and a child.

Mosher received the Gold Valor Award for stopping an active shooter. He also had been serving as the president of the Overland Park Fraternal Order of the Police.

A procession led Mosher's body from Overland Park Regional hospital tonight, while a memorial was on display at Overland Park Police Department headquarters.

A precession leads the body of fallen Overland Park Officer, Mike Mosher that was shot and killed tonight from the hospital. @41actionnews pic.twitter.com/lqBmpHvNJT

A small memorial for the fallen officer is set up outside @OverlandPark_PD headquarters where @OPPD_Chief will address the press. @41actionnews pic.twitter.com/1mDN2YOXEe